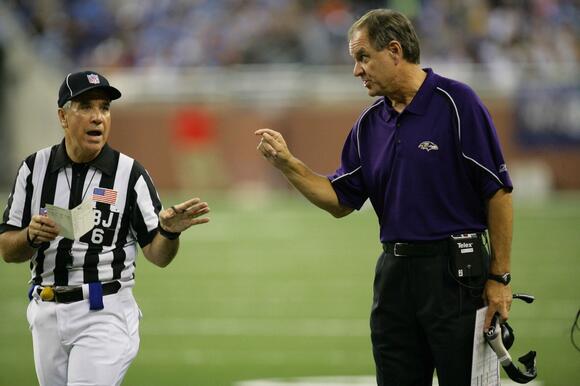 It seems like forever ago, but in many ways, it feels like yesterday. Or as Pro Football Hall of Famer Warren Sapp likes to say, “Days drag, years fly and decades zoom.” Another unknown philosopher once said, “Days are long, years are short.”

It was late November in 1979 and at the age of 28, I was in my second year at The Sporting News in St. Louis, having been originally hired to edit their statistical books. In the offseason, managing editor Lowell Reidenbaugh had allowed me to begin writing a weekly NFL column in the publication.

Surely, that was the defining moment of my career, and I’m forever grateful for the confidence he showed in me.

Billick had played at BYU, was selected by the 49ers in the 11th round of the 1977 draft (295th overall), and was briefly with the 49ers and Cowboys in training camp before spending 1978 as a graduate assistant at BYU.

It was in his PR role that I received a call from Billick during the week of the 49ers’ Dec. 2 game in St. Louis against the Cardinals.

In those days, public relations personnel traveled to the road city as advance men during the week to advocate for stories on their team. It was a practice started by then-commissioner Pete Rozelle, who began his career in PR before becoming commissioner in 1960 at the age of 34.

During the call, Billick asked if there was anything I needed and I hatched a plan. That evening, for the first time, I was solo hosting a radio show on KSD 550, now KTRS. I suggested to Brian that he could come out and see The Sporting News and then come on my show as a guest.

After all, the approaching game was a battle of titans. Not really. The 49ers were 1-12, the Cardinals were 3-10 and had just fired head coach Bud Wilkinson earlier that week after refusing the organization’s demand that he bench quarterback Jim Hart and replace him with Steve Pisarkiewicz, an unlikely No. 1 pick in 1977 who the team later learned was blind in one eye.

That Sunday, with Pisarkiewicz under center, the Cardinals won 13-10 and then won one of their final two games. He had started one game in 1978, and those four starts turned out to be his only ones in the NFL.

Pisarkiewicz was 9-for-16 for 91 yards that day, while a rookie quarterback for the 49ers completed 5-of-12 passes for 36 yards. That player was Joe Montana, who started only one game that season.

As for my suggestion, Billick agreed, and my recollection was the discussion went well.

Fast forward 20 years. Billick had been a college coach for 11 seasons and a NFL assistant with the Minnesota Vikings for seven when he was named head coach of the Baltimore Ravens in January, 1999.

At the Super Bowl that year in Miami, less than two weeks after he was hired, the Ravens conducted a press conference so the national media could meet Billick.

I attended with the intention of saying hello afterward to see whether there was a longshot chance he might remember me.

As I started to introduce myself, Billick quickly interrupted and said, “Howard, good to see you. How’s your radio show?” or words to that effect.

I was floored. I had not talked to him in the ensuing two decades and yet, not only did he recall that night, he then remembered that another guest I had scheduled ghosted me and he ended up being on the show for the entire time.

We have joked about that on a few occasions since then.

Now that he will be assisting the Arizona State football staff, I’ll be asking him to come on my radio show again!

Believe it or not, the Arizona Cardinals are Handling This Offseason Well

It's easy to get frustrated with the Arizona Cardinals lack of a head coach, but believe me that this is the right way to go about the process.
2 DAYS AGO
All Cardinals

The Arizona Cardinals didn't win the Sean Payton sweepstakes, and the Pat McAfee Show believes their facilities in Tempe could have played a role.
TEMPE, AZ・2 DAYS AGO
All Cardinals

On this episode of the All Cardinals podcast, we break down the top four free agents of the Arizona Cardinals and why Kyler Murray hate needs to stop.
ARIZONA STATE・17 HOURS AGO
All Cardinals

The Denver Broncos and Houston Texans have made their coaching hires - leaving the Arizona Cardinals as one of two teams remaining in the hunt for their next leader. The All Cardinals podcast returns with an emergency episode to break everything down.
DENVER, CO・2 DAYS AGO
All Cardinals

Phoenix's 910 AM Jody Oehler had NFL insider Ian Rapoport on his Friday show. and we learned a bit more about the Arizona Cardinals' coaching search.
23 HOURS AGO
All Cardinals

A Brief History of the Arizona Cardinals vs. Tom Brady

NFL QB Tom Brady has retired (again), as he finished his career by facing the Arizona Cardinals three times. Here's a brief history of each matchup as Brady rides off into the sunset.
ARIZONA STATE・2 DAYS AGO
All Cardinals

The Arizona Cardinals have a few different options when it comes to the 2023 NFL Draft.
1 DAY AGO
All Cardinals

The Arizona Cardinals have a big decision to make with WR DeAndre Hopkins. Albert Breer reports the two met today at the team facility.
15 HOURS AGO
All Cardinals

Arizona Cardinals offensive lineman Will Hernandez and cornerback Byron Murphy have been added to Pro Football Focus' top 100 free agent rankings for 2023.
21 HOURS AGO
All Cardinals

The Arizona Cardinals will need to add to their defense in 2023. CBS Sports believes cornerback James Bradberry is ready for the task.
19 HOURS AGO
All Cardinals

The Arizona Cardinals have their list narrowed down to seven guys: Here's how they rank.
ARIZONA STATE・23 HOURS AGO