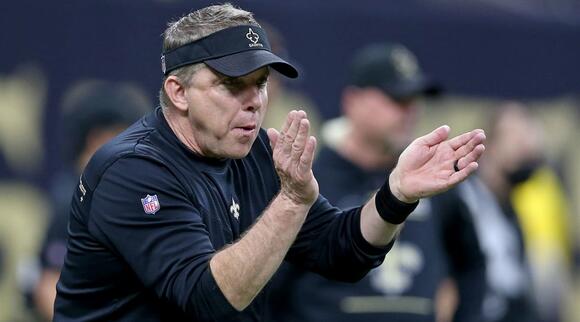 It was easy for the Saints to go all in when they had one of the league’s top coaches and play-callers. But they have to be ready for what comes next.

Sean Payton walked away from the Saints on Tuesday owing the team, the town and his former bosses absolutely nothing. The same could be said for Buccaneers quarterback Tom Brady if, after mentioning on his podcast this week the wear and tear football has brought to his personal life, he decided to walk away, too.

While neither franchise can really do anything about their organization-defining stars packing up and leaving town, it does shine an interesting light on how to handle it if and when the day comes. It is a crash course on preparing for the worst. Or an intervention on avoiding denial, depending on how you look at it.

When you mortgage everything around the idea that this one person is always going to be there, and abandon some of the more pragmatic strategies that maintain long-term roster health, what happens when that person is gone? It’s an interesting question. Do you even care, as long as you’ve gotten a Super Bowl ring out of it? Is it worth a few years, or decades, of headaches?

Payton is leaving a Saints team that doesn’t really have a long-term answer at quarterback. While their salary cap situation seems a lot worse than it actually is (currently, according to Over The Cap, the Saints are a projected $74 million over the 2022 cap, though that number can be dramatically reduced through standard contract restructures and other administrative maneuvers), it’s still not great. Marcus Williams and Terron Armstead are both free agents and could throttle the market, pricing themselves out of a homecoming in New Orleans. Both may be less inclined to return to Louisiana knowing that the league’s best play-caller is no longer there helping them win games. Building around Taysom Hill will be expensive, given that many of the interior role players—fullbacks, blocking tight ends and H-backs—who make a complementary system more effective will start rising in price as the popularity of run-based systems like the one used in Baltimore, or the outside zone systems spike around the NFL. Signing even a Ryan Fitzpatrick–circa-2015 type short-term rental requires a near $20 million commitment.

Brady might be leaving a Buccaneers team loaded with veterans who joined the road show for a crack at the Super Bowl last year and a chance to repeat in 2021. Chris Godwin, Jason Pierre-Paul, Ndamukong Suh, Ryan Jensen, Leonard Fournette, O.J. Howard and Ronald Jones are all free agents. Rob Gronkowski is unsure whether he’ll return, but his future seems directly tied to Brady’s. In order to pacify Brady, the Buccaneers signed Antonio Brown, kept a merry-go-round of aging mercenaries at their disposal and ultimately sacrificed some of the critical, developmental snaps that could have readied their replacements.

While the football world is feigning surprise at Payton’s exit on Tuesday, it shouldn’t really have been a shock. When we wrote about the possibility a few weeks ago , our Twitter mentions were flooded with jaded Saints fans who have spent many an offseason swatting away rumors that Payton wasn’t going to be there for eternity. Would he leave for the Cowboys? Would he choose hitting the market over signing a contract? Those reports had to come from somewhere.

The same could be said for Brady, who had always professed a desire to play until he was 45. As of the penning of this column, he is 44 years, 175 days old. That’s pretty close to 45.

Yet both of these teams feel wildly unprepared to play competitive football in 2022 without their star head coach or quarterback, respectively. While the Packers have been ridiculed for the drafting of Jordan Love in the first round a few years ago, and he hasn’t cemented anyone’s belief that he is a future franchise quarterback, the idea that they must prepare for the moment when Aaron Rodgers walked away—or forced his way out of town—was a sensible thought. They resisted selling out on their long-term health for the benefit of a short-term run.

Feelings change. People change. Circumstances change. How many of us out there still had Andrew Luck penciled in as the quarterback of the Colts a few years ago? How many of us out there believe with all our hearts that Patrick Mahomes will be on the Chiefs for the life of that 10-year, $450 million contract as presently constructed? How many Cardinals fans envision their kids growing up with a 35-year-old Kyler Murray under center?

It’s all wishful thinking, which is why the teams that continually prepare for chaos and build an amoebic roster that can at least stand a chance in the event of extreme trauma are often the most successful. Chuck Noll doesn’t exist anymore. Bill Belichick, once gone, will be the last of his kind.

With Payton in New Orleans or Brady in Tampa, their front offices backed themselves into a situation where they had to kowtow. Payton is one of the league’s best play-callers. If he were to even intimate that it was time to max out the credit cards, the Saints would have done the cap equivalent of calling the National Debt Relief hotline to see how they could work something out. When Brady wanted his version of the LeBron James–era Miami Heat, what was GM Jason Licht going to do? Treat Brady like the free-agent-averse Bill Belichick and sour a new relationship after it just got started?

In both cases, the fan base got a ring out of the tradeoff, even though the Saints’ Super Bowl win is almost old enough to obtain a driver's license. But they remained competitive. They tasted playoff football on a somewhat regular basis.

While the narrative will now become that Payton is leaving a burning building or that Brady is walking away from a house on a sinkhole, it’s not their fault. Someone could have said no. Someone could have demanded a longer commitment to match the administrative gymnastics they had to do on their own roster. Someone could have realized that the human spirit is fleeting and that the only constant in life is change.

For the other teams still clinging tightly to their star quarterback or coach, treating them like their own personal sun they revolve around, it’s time to start planning accordingly.

John Ruiz believes the Alabama coach was way off base with his comments.
MIAMI, FL・2 DAYS AGO
Sports Illustrated

The wide receiver said that he had to put himself and his family first while deciding to move on from Tennessee.
PHILADELPHIA, PA・2 DAYS AGO
Sports Illustrated

The five teams with the hardest schedules in the 2022 season are from the same two divisions.
KANSAS CITY, MO・3 HOURS AGO
Sports Illustrated

But how will change at QB affect Pittsburgh’s pass catchers?
PITTSBURGH, PA・5 HOURS AGO
Sports Illustrated

After backing up Josh Allen in Buffalo last season, can Trubisky be more than a bridge to the future with the Steelers?
PITTSBURGH, PA・6 HOURS AGO
Sports Illustrated

The second-year head coach has liked what he’s seen (and heard) from his team this offseason. Plus, how the Bills have been there for their community and more.
NFL・8 HOURS AGO

The Giants wideout is reportedly expected to be ready for training camp in July.
EAST RUTHERFORD, NJ・2 DAYS AGO
Sports Illustrated

Beware these 10 players, whose might be overvalued for various reasons.
NFL・2 HOURS AGO
Sports Illustrated

The Cardinals will be featured on ‘Hard Knocks’ this upcoming season amid questions surrounding Kyler Murray’s contract and DeAndre Hopkins’ potential impact.
GLENDALE, AZ・3 HOURS AGO

The 41-year-old has ultimately decided to stay on the sidelines.
NFL・23 HOURS AGO
Sports Illustrated

Saban Doubles Down on Call for ‘Parity’ in College Athletics

The Alabama coach expanded on his comments regarding parity in college athletics as he appeared on ESPN+’s coverage of the PGA Championship on Saturday.
COLLEGE STATION, TX・2 DAYS AGO
Sports Illustrated

San Francisco is still looking to find a trade partner for its quarterback.
SAN FRANCISCO, CA・7 HOURS AGO

One team on the west coast could be a major suitor when he hits free agency after the 2022 season.
NEW YORK CITY, NY・6 HOURS AGO