What is ‘stealth omicron’? New COVID-19 sub-variant seen in 20 states 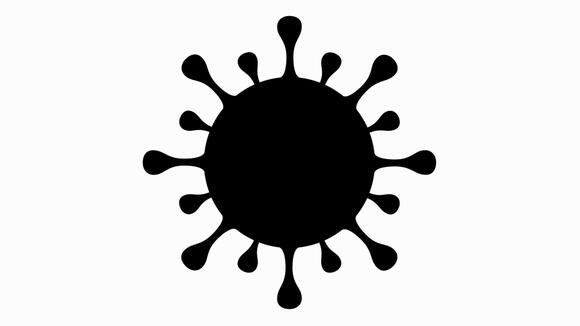 (NEXSTAR) – As hospitals nationwide continue struggling to operate during the omicron surge, a variant inside the variant is now raising concerns. Monday, Newsweek reported at least 92 cases of the BA. 2 omicron subvariant have been detected in over 20 U.S. states, including California and Texas.

Is headache a symptom of the omicron COVID variant?

The omicron variant is made up of three main substrains, BAs 1-3, and until Dec. 23 the World Health Organization said 99% of cases sequenced were BA. 1, Fortune reports. Last week, the subvariant overtook BA. 1 as the dominant substrain in Denmark in just two weeks. BA. 2 went from accounting for 20% of cases to accounting for 45%. Similar increases are now being seen in the U.K. and elsewhere.

WHO chief: The COVID pandemic is ‘most certainly not over’

The COVID-19 pandemic is “most certainly not over,” the head of the World Health Organization warned Sunday, despite a decline in reported cases since the peak of the omicron wave. He told governments that “we lower our guard at our peril.”
PUBLIC HEALTH・22 HOURS AGO
WFLA

US sees risk of COVID supply rationing without more funds

The White House is planning for “dire” contingencies that could include rationing supplies of vaccines and treatments this fall if Congress doesn’t approve more money for fighting COVID-19.
U.S. POLITICS・1 DAY AGO
WFLA

78,000 pounds of infant formula arrives in US

Enough specialty infant formula for more than half a million baby bottles arrived Sunday in Indianapolis.
INDIANAPOLIS, IN・1 DAY AGO
WFLA

Deputies are searching for a Lakeland woman who was caught on camera having an "outburst" at a McDonald's Thursday, according to the Polk County Sheriff's Office.
LAKELAND, FL・3 DAYS AGO

Deputies said the two-day search for a swimmer who went missing Wednesday at Johns Pass is over after he found dead Friday morning.
PINELLAS COUNTY, FL・2 DAYS AGO
WFLA

An alligator was caught on camera causing havoc outside on the doorstep of a woman's home in Riverview.
RIVERVIEW, FL・1 DAY AGO
WFLA

TAMPA, Fla. (WFLA) — A Florida man pleaded guilty to scamming women out of over $1.3 million in money and property in an online dating plot, according to the U.S. Department of Justice. DOJ officials said Brian Brainard Wedgeworth, also known under various aliases such as “Dr. Brian Anderson” or “Dr. Anthony Watkins,” would meet […]
FLORIDA STATE・3 DAYS AGO

A Polk City woman said she had a close encounter with a 7-foot alligator while on the way to take pictures of the sunset.
POLK COUNTY, FL・2 DAYS AGO
WFLA

A man was found wounded in a Spring Hill home's front yard, according to the Hernando County Sheriff's Office.
SPRING HILL, FL・2 DAYS AGO
WFLA

Three doses of Pfizer’s COVID-19 vaccine offer strong protection for children younger than 5, the company announced Monday. Pfizer plans to give the data to U.S. regulators later this week in a step toward letting the littlest kids get the shots.
KIDS・6 HOURS AGO

A Florida panther was reunited with her kitten after conservation workers found the baby panther alone, according to the Florida’s Fish and Wildlife Research Institute.
FLORIDA STATE・2 DAYS AGO
WFLA

Man takes off with $30K in jewelry from Brandon Mall, deputies say

Deputies are working to identify a man they said swiped more than $30,000 in jewelry from the Zales Jewelry Store at Brandon Town Center Mall Saturday afternoon.
BRANDON, FL・1 DAY AGO
WFLA

ST. PETE BEACH, Fla. (WFLA) – A whale shark was recently spotted by a charter captain off St. Pete Beach. Glen Taylor posted video and photos of the shark on Facebook. Taylor said he was 25 miles offshore when he saw the shark. “This monster just came by!” someone says in one of the videos […]
SAINT PETE BEACH, FL・2 DAYS AGO
WFLA

Officers with the Bradenton Police Department were responding to a report of vehicle burglaries early Saturday morning when they spotted two men hiding on the porch of an apartment near Riverside Drive East and Chauncey Avenue East.
BRADENTON, FL・1 DAY AGO
WFLA

Kennedy Boulevard was reopened after a deadly crash closed part of it early Saturday morning.
TAMPA, FL・2 DAYS AGO
WFLA

"Someone actually whispered to me while I was sitting in a car, 'I know where your dad is,'" she said. "The person that [they] said done it was standing right in front of me."
WAVERLY, OH・4 HOURS AGO
WFLA

The Hillsborough County Sheriff's Office said it is investigating a homicide after a man was found dead Thursday night.
HILLSBOROUGH COUNTY, FL・2 DAYS AGO
WFLA

Steven Stamkos scored two goals and Nikita Kucherov had a goal and three assists and the Tampa Bay Lightning beat the Florida Panthers 5-1 to move to the brink of another trip to the Eastern Conference final on Sunday.
TAMPA, FL・20 HOURS AGO