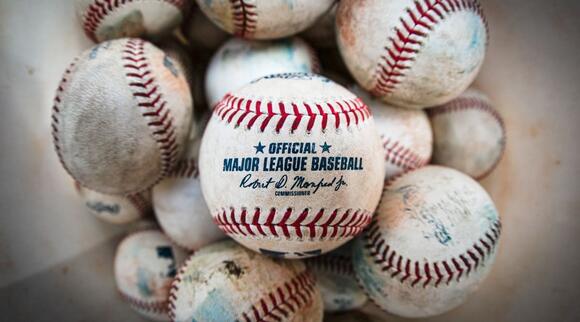 The two sides met on Tuesday, marking the second consecutive day of discussions between the parties.

With less than a month before spring training camps are currently set to open, MLB and the MLBA met on Tuesday for the second straight day, but are still far from reaching a new collective bargaining agreement, according to ESPN's Jeff Passan and Jesse Rogers.

MLB indicated for the first time Tuesday that it is open to a pre-arbitration bonus pool, something first proposed by the union, according to ESPN. However, there is a large gap between the amount the two sides want in the bonus pool. The players are asking for $105 million in the pool, while the league offered $10 million in its Tuesday proposal The money would go to the top 30 pre-arbitration players based on Wins Above Replacement (WAR) and those who win awards, such as the MVP and Cy Young.

According to The Athletic 's Evan Drellich, MLB offered to increase the starting minimum salary for first-year players from its initial proposal of $600,000 to $615,000. The players, per ESPN, are looking for a minimum of $715,000.

On Monday, the MLBPA reportedly withdrew its proposal that asked for some players to enter free agency before they reach six years of service time. In a previous proposal, the union had requested that the sport revise its free agency structure so that older players—initially those who are at least 30 1/2 years old and then eventually 29 1/2—could reach the open market after five years of service time.

As noted by ESPN, issues such as revenue sharing and the competitive balance tax remain as central components that need to be agreed upon.

The league and the MLBPA could not reach a new collective bargaining agreement before Dec. 2, leading to the sport's first work stoppage in 26 years.

The 2022 schedule has not been impacted by the lockout as of Tuesday, but MLB could ultimately cancel a portion or all of spring training if the lockout extends for another few weeks. Pitchers and catchers are scheduled to report to their teams’ spring training facilities in mid-February.

Silver: “Our number one priority is her health and safety, and making sure she gets out of Russia.”
NBA・1 HOUR AGO
Sports Illustrated

Green Bay’s star corner will now be with the franchise through 2026.
GREEN BAY, WI・1 DAY AGO

The 33-year-old spent time with the Chiefs and Steelers in 2021.
MIAMI, FL・2 DAYS AGO
Sports Illustrated

The suspension comes after Harvey testified in the Eric Kay trial that he supplied Tyler Skaggs with opioids while the two were teammates.
BALTIMORE, MD・5 HOURS AGO
Sports Illustrated

Betting analysis for the Eastern Conference finals between No. 1 Miami and No. 2 Boston. The Celtics are favored at SI Sportsbook to win the series.
MIAMI, FL・1 DAY AGO
Sports Illustrated

The NBA commissioner believes the rise in fan aggression is “part of a larger societal issue.”
NBA・47 MINUTES AGO
Sports Illustrated

Now retired, he was the highest-paid collegiate coach by at least $2 million.
SPORTS・7 HOURS AGO

All 43 games will be aired and distributed across ABC, ESPN and FX.
FOOTBALL・3 HOURS AGO
Sports Illustrated

The free agent hasn’t played since Week 3 of the 2020 season.
CHICAGO, IL・7 HOURS AGO
Sports Illustrated

With the play-in tournament for the playoffs here to stay, the NBA is looking to add another new competition format.
NBA・3 HOURS AGO
Sports Illustrated

If fantasy managers in your league have dropped any of these players, pick them up now.
MLB・13 HOURS AGO
Sports Illustrated

The team appeared in its first postseason in franchise history, and ended up winning the Super Bowl title in 2001.
BALTIMORE, MD・3 HOURS AGO