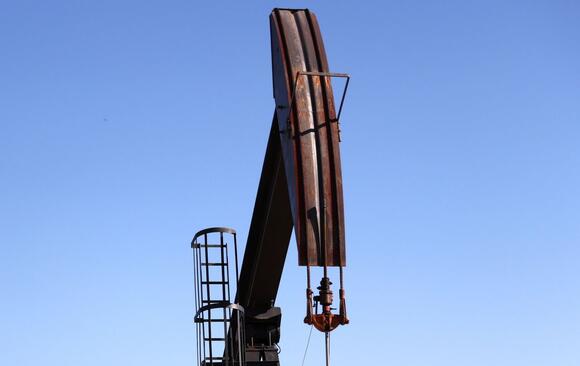 Oil futures settled higher on Tuesday, recouping their loss from a day earlier and then some, as tensions between Russia and NATO over Ukraine fed global supply concerns.

The move up for oil also came against a background of volatility in global equity markets as traders awaited the Federal Reserve’s policy decision.

“The market remains fundamentally bullish and conflict with Russia does nothing to alleviate supply-side pressures,” said Pratibha Thaker, editorial director, Middle East and Africa, at the Economist Intelligence Unit.

“Tensions are seriously heightened between Russia and the West and if there is an invasion of Ukraine when energy markets are already so tight, the additional risk premium should continue to support prices and push it even higher,” she told MarketWatch.

The threat of a conflict is seen adding to broad market jitters, while carrying the potential to spark significant volatility in energy prices given Russia’s role as a major oil producer and as a key supplier of natural gas to Western Europe.

See : How a Russian invasion of Ukraine could trigger market shock waves

“Even more tight supplies to the market could happen with the rising tensions in the Middle East,” said Brian Swan, senior commodity analyst at Schneider Electric, in a daily note.

On the flip side, there is a Fed interest rate decision due Wednesday, Swan said. “If a hike in interest rates is determined, look for selling interest to weigh on prices.”

Read: How Jerome Powell may try to calm the market’s frazzled nerves

Crude futures fell sharply on Monday as the commodity got caught up in a sharp stock-market selloff that, at its session lows, saw the Dow Jones Industrial Average (DJIA) drop more than 1,100 points and the S&P 500 (SPX) down 4% before roaring back in late trade to end the day in positive territory.

“The outlook for oil is still bullish right now as inventories are seen rising by a smaller amount than initially thought as surplus estimates are dialed back given lower production and better demand conditions,” wrote analysts at Sevens Report Research, in a note. “Near term, expect oil to remain volatile with other risk assets as Fed policy uncertainty continues to push and pull this market around.”

The oil market will get its weekly update on U.S. petroleum supplies Wednesday.

The chief economist of the International Monetary Fund on Wednesday played down worries over the impact of a Russian debt default. The U.S. Treasury Department said it does not plan to renew the license to allow Russia to keep paying its debt holders through American banks, making a default seemingly inevitable. Russia said it will repay bondholders in rubles, AFP reported, citing a statement from the finance ministry.
WORLD・2 HOURS AGO
americanmilitarynews.com

International order will be thrown out the window if Russia is able to escape consequences over its invasion of Ukraine, US Gen. Mark Milley told CNN.
POLITICS・28 DAYS AGO
The Independent

A top US official in the Pacific has warned that America would have to “respond” if the Solomon Islands allows China to establish a military base there.Following a “constructive and candid” 90-minute meeting with prime minister Manasseh Sogavare, ambassador Daniel Kritenbrink said that the security deals between China and the Solomon Islands present “potential regional security implications” for the US and other allies.“We wanted to outline for our friends in the Solomons what our concerns are,” Mr Kritenbrink, US assistant secretary for East Asian and Pacific Affairs, told reporters.“We have respect for the Solomon Islands’ sovereignty. But we also...
FOREIGN POLICY・29 DAYS AGO

A superyacht worker claims the vessel’s captain once had to deploy sonic weapons against Kalashnikov-wielding pirates on inflatable boats in the Arabian Sea. The episode was one of many surreal scenes an anonymous worker detailed in a piece published Sunday in The Times of London. The captain, according to...
PUBLIC SAFETY・29 DAYS AGO
The Independent

Vladimir Putin is so popular in Russia that he has the “political space” to withdraw his forces from Ukraine, said Boris Johnson.The prime minister said the Russian president still has “massive backing” from his own people despite international outrage over the invasion.“The Russian public overwhelming back Putin,” Mr Johnson told Talk TV. “Therefore he has the political margin for manoeuvre from within Russia … Putin has far more political space to back down, to withdraw.”The PM added: “There could come a point when he could say to the Russian people, ‘The military-technical operation that we launched in Ukraine has...
POLITICS・28 DAYS AGO
americanmilitarynews.com

The intelligence the U.S. shared with Ukraine helped it continue to resist Russian invading forces and even shoot down a transport plane carrying hundreds of Russian troops, a new report revealed. According to current and former U.S. officials who spoke with NBC News on Tuesday, the U.S. provided critical intelligence...
MILITARY・28 DAYS AGO
Vice

A dangerous mix of increasing international conflict, global climate change, and a lack of governmental efforts to fix either could be leading the world to an era of unprecedented destruction. That’s the thrust of a new report from Stockholm International Peace Institute (SIPRI), a European think tank focused on peace.
FOOD & DRINKS・1 DAY AGO

Sign up for the Fortune Features email list so you don’t miss our biggest features, exclusive interviews, and investigations. Shanghai’s 25 million residents have endured an extreme COVID lockdown for nearly a month—and now a new nightmarish topic is trending on Weibo, the country’s Twitter-like social media platform.
PUBLIC HEALTH・29 DAYS AGO
US News and World Report

The former F-35 test pilot Billie Flynn told The Aviationist that moving to the "cosmic spaceship" that is the F-35 was too much to ask of MiG pilots.
AEROSPACE & DEFENSE・29 DAYS AGO
The Independent

Kim Jong-un has vowed to bolster North Korea’s nuclear forces at “maximum speed” in a defiant speech during a massive military parade on Monday night.In his speech, Mr Kim also made an open threat that North Korea would use its “nuclear forces” against countries that provoked it.The military parade that started late on Monday night showcased the country’s largest-known intercontinental ballistic missile (ICBM) among other weapons.“We will continue to implement measures aimed at strengthening and developing our country’s nuclear forces at the maximum speed,” Mr Kim told his troops and the crowd gathered for the parade at a Pyongyang...
POLITICS・29 DAYS AGO
97.1 FM Talk

In an interview with Russian TV, Sergei Lavrov said that Russia is essentially at war with NATO. This rhetoric has some worried that Russia may use nuclear weapons in Ukraine. Lt. Col. Dakota Wood weighed in on the likelihood of this happening.
POLITICS・28 DAYS AGO
MarketWatch

Here’s what KPMG’s U.S. chief is saying about the market downturn, the economy and M&A

The proverbial tide is going out as technology stocks and other high-growth assets succumb to a bear market with interest rates on the rise. Will it reveal corporate fraud underneath?. Paul Knopp, the chair and chief executive of KPMG U.S., doesn’t necessarily expect so. “In the United States, Sarbanes Oxley...
BUSINESS・7 HOURS AGO