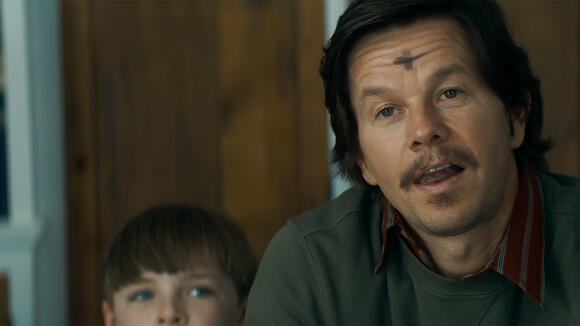 “Father’s Stu’s journey from troublemaker to clergyman was inspiring to many, including me. Rosey has done an incredible job capturing the essence of who he was and how he affected the people he met. I hope that with this film, we keep his spirit alive and continue his good works,” Wahlberg said in a statement.

Along with Wahlberg, the film is also produced by Stephen Levinson and Jordan Foss. Wahlberg is also set to star in Sony Pictures’ Uncharted , based on the PlayStation video game. His producer credits include The Fighter, Patriots Day and Lone Survivor .

Cannes Diary: Why Tom Cruise Is Our Biggest — and Most Elusive — Movie Star

When asked at Cannes on Wednesday, for the umpteenth time, why he insists on performing his own stunts despite the danger, Tom Cruise answered by referencing a screen legend from a bygone era. “No one asked Gene Kelly, ‘Why do you dance’?” Cruise said, at the tribute conversation moderated by French journalist Didier Allouch. “Why do you do your own dancing?’” Cruise likening himself to Kelly, one of the best athletes of Hollywood’s golden era, is a fair comparison. From the star sliding across the floor in his underwear at age 21 in 1983’s Risky Business to him buckling into jets...
MOVIES・22 HOURS AGO
The Hollywood Reporter

Universal is taking a triple shot of Jason Momoa. The studio has picked up Shots! Shots! Shots!, an action-comedy from scribes Matt Mider and Kevin Burrows that has Momoa attached to star.More from The Hollywood ReporterJason Momoa Apologizes After Posting Photos at Sistine Chapel During Break From 'Fast X' ShootJason Momoa to Star in 'Minecraft' Movie for Warner Bros.Oscars: Jason Momoa, Serena and Venus Williams Added to Presenter Lineup Momoa will also produce the feature project with partner Jeff Fierson along with Dan Lin and Jonathan Eirich of Rideback, the banner behind the billion-dollar-grossing live-action Aladdin and Oscar-nominated drama The Two Popes. The story...
MOVIES・17 HOURS AGO
The Hollywood Reporter

It’s been 34 years since Forest Whitaker first arrived in Cannes with Clint Eastwood’s Charlie Parker biopic Bird, a film that would win him the best actor award. Since then, the Oscar winner has been back to the festival numerous times, bringing three more films to the official competition in Bill Duke’s A Rage in Harlem, Abel Ferrara’s Body Snatchers and Jim Jarmusch’s Ghost Dog: The Way of the Samurai.More from The Hollywood ReporterCannes: Saban Takes Charlotte Gainsbourg, Hugh Bonneville WWII Spy Thriller 'Lives in Secret' (Exclusive)Cannes: Julian Dennison, Minnie Driver Teaming for Kiwi Coming-of-Age Drama 'One Winter'Cannes: IFC Films Takes...
MOVIES・2 DAYS AGO
The Hollywood Reporter

Jonathan Rhys Meyers has signed with APA for representation in all areas. The actor achieved heartthrob status and snagged a pair of Golden Globe acting nominations for Showtime series The Tudors, in which Meyers portrayed King Henry VIII.More from The Hollywood ReporterNetflix's 'Vikings: Valhalla': TV ReviewCanadian Screen Awards: Dramedy 'Sort Of' Leads With 13 NominationsQuiver Takes Jonathan Rhys Meyers, John Malkovich Pandemic Thriller 'The Survivalist' That was after Meyers starred as the King of Rock, Elvis Presley, in a 2005 CBS miniseries titled Elvis — which won him a Golden Globe for best actor in a miniseries — and in movies including...
CELEBRITIES・17 HOURS AGO

Mel Gibson is in the Hot Seat. A first-look photo of the action thriller from director James Cullen Bressack sees Gibson assessing the situation outside an office, where a bomb has been planted.More from The Hollywood Reporter'Harka': Film Review | Cannes 2022Pedro Almodovar, Tilda Swinton, Mark Ruffalo Demand "Full Accountability" for Killing of Palestinian JournalistCannes: 'Tchaikovsky's Wife' Director Calls for Sanctions Against Russian Oligarch Roman Abramovich to Be Lifted The movie follows an ex-hacker who, according to the log line, “is forced to break into high-level banking institutions by an anonymous caller who planted a bomb under his chair at his office.”...
MOVIES・1 DAY AGO
Hello Magazine

Princess Eugenie has taken to her Instagram Stories to make an exciting announcement related to The Anti-Slavery Collective, which she co-founded with her best friend Julia de Boinville back in 2017. Resharing a message from the charity organisation, the mother-of-one revealed she was posting "news from my charity". WATCH: Princess...
CELEBRITIES・24 DAYS AGO
Hello Magazine

Kate Hudson has realized one of her dreams and has taken to Instagram to share the incredible news with her 15 million followers. Sharing two pictures of her looking casual in a pair of baggy dip-dyed trousers and a white tank top, and singing into a microphone, the actress announced a surprising career change.
CELEBRITIES・24 DAYS AGO
The Hollywood Reporter

An unsure-looking Laurence Fishburne gives a wave through a spaceship porthole alongside Casey Affleck in this exclusive first-look still from psychological thriller Slingshot. The film, from director Mikael Håfström (Outside the Wire, Escape Plan), tells the story of an astronaut struggling to maintain his grip on reality aboard a possibly fatally compromised mission to Saturn’s moon Titan. Emily Beecham (Cruella) also stars, while other cast members include Tomer Capone (Fauda, The Boys) and David Morrissey (The Colour Room, The Walking Dead).More from The Hollywood ReporterPaul Mescal on How He "Weathered the Storm" of Success and Social Media (And Now Has Two...
MOVIES・2 DAYS AGO
Hello Magazine

Gwyneth Paltrow is a doting mom to two teenage children, Apple and Moses, who she shares with ex-husband Chris Martin. The family are notoriously private, but over the weekend the award-winning actress gave a rare insight into their upcoming plans - and how they are changing things up this year for Mother's Day.
FAMILY RELATIONSHIPS・24 DAYS AGO
Popculture

One of the stars of This Is Us is on the move to a new network in advance of the show's series finale. Deadline reported in March that Chris Sullivan, who plays Toby on the NBC series, will headline a comedy pilot for ABC. His new show is set to be titled The Son In Law.
TV SERIES・23 DAYS AGO
The Independent

Johnny Depp found humour in a question asked during a Disney executive’s testimony in the ongoing defamation trial brought against ex-wife Amber Heard. In a pre-recorded deposition presented to the court on Thursday (19 May), Tina Newman – who works on the Pirates of the Caribbean franchise – was questioned about Depp’s future in a potential sixth film. “Do you know whether Mr Depp is being considered for a role in Pirates 6?” Heard’s lawyer inquired. To which Newman responded “I don’t know one way or another,” adding that the “decision does not fall within my job responsibilities. It’s...
MOVIES・17 HOURS AGO
TheStreet

Once again, Disney (DIS) - Get Walt Disney Company Report is finding itself embroiled in a political quagmire owing to its support of the LGBTQ community, after Florida Gov. Ron DeSantis punished Disney for denouncing his “Don’t Say Gay Bill,” by seeking to revoke Disney World’s designation as a special tax district (which as we pointed out, is ultimately a meaningless gesture).
FLORIDA STATE・23 DAYS AGO
PopCrush

Spring is always a big time for engagements and weddings, and two beloved internet personalities are the latest to update their relationship status. On April 18, Rachel "Seltzer" Quirico revealed she and longtime boyfriend Trevor "TorcH" Housten were tying the knot after 17 years together. Both of them are beloved figures in the esports world, with Seltzer notably starring in the Syfy reality show WCG Ultimate Gamer. She's also hosted numerous esports tournaments and events for TV/streaming outlets; she also made a recent appearance on G4 TV's Boosted.
RELATIONSHIP ADVICE・24 DAYS AGO
The Hollywood Reporter

June Preston, the popular child actress of the 1930s and ’40s who appeared in films directed by Frank Capra, Preston Sturges, Ernst Lubitsch and Raoul Walsh before becoming a world-renowned opera singer, has died. She was 93. Preston died Wednesday at a nursing home in Montclair, New Jersey, after a battle with dementia, her daughter, Sabrina Pires, told The Hollywood Reporter.More from The Hollywood ReporterMaggie Peterson, Actress on 'The Andy Griffith Show,' Dies at 81Fred Ward, Actor in 'Remo Williams,' 'Henry & June' and 'Tremors,' Dies at 79Bruce MacVittie, 'American Buffalo,' 'Law and Order' Actor, Dies at 65 Born in Glendale on...
MONTCLAIR, NJ・2 DAYS AGO