Crypto bull says ‘I look at the stock market and it is just starting to correct and that worries me more’: We could see ‘another 20%’ fall ‘for the Nasdaq’ 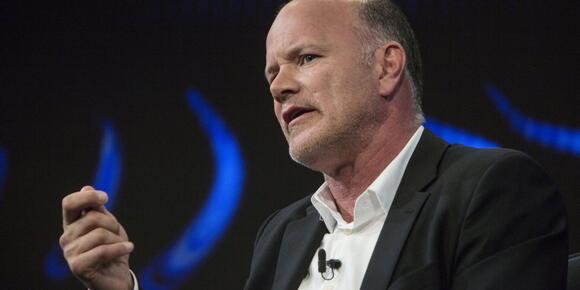 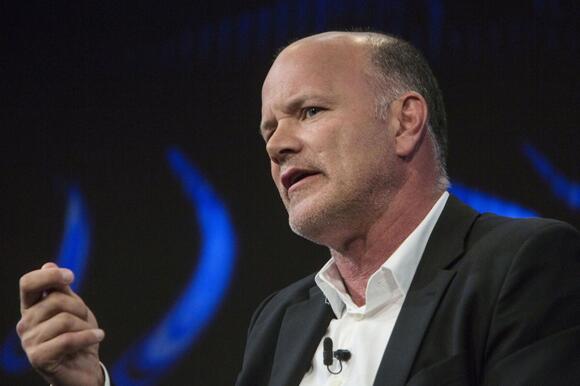 Wealthy investor Mike Novogratz says the days of making easy money on Wall Street are coming to a swift end and he sees more pain in store for stock-market investors in coming months.

“I look at the stock market and it is just starting to correct and that worries me more,” he told MarketWatch in a Tuesday interview, as he attended an event in Miami, Fla., where he also said: “I’m still a true believer but it’s time for sobriety”, referring to crypto.

Novogratz, chief executive of digital merchant bank Galaxy Digital (BRPHF) (CA:GLXY) says that speculative assets like bitcoin (BTCUSD) have fallen by around 50% from a peak seen in April of 2020, but thinks equity markets, which have been knocked considerably lower in recent trade also, still have more selling on the horizon.

“You’ve already taken your pain in crypto—you could take a little more pain [in crypto], no doubt about it—and so the stock market hasn’t had as much pain,” Novogratz said.

The billionaire investor said that he is looking at the small-capitalization Russell 2000 index (RUT) as one barometer of the market and believes that it could fall to 1,750 from its current levels, while the Nasdaq Composite could possibly shed another 20% from its current slide. The technology-laden Nasdaq is down over 15% from its Nov. 19 record peak and the Russell 2000 is off 18.9% from its recent peak at 2,442.742 put in on Nov. 8, with a further drop to Novogratz’s predicted level representing a more than 28% decline from that November peak.

The Galaxy CEO’s comments come as the Dow Jones Industrial Average (DJIA) the S&P 500 index (SPX) and the Nasdaq Composite (COMP) were all sliding lower on Tuesday , as selling resumed, a day after a remarkable turnaround for equities resulted in the S&P 500 and the Nasdaq producing their biggest reversals to end higher on a day since the 2008 financial crisis, highlighting the newfound turbulence in the market.

Hand-wringing around the Federal Reserve’s policy, rising inflation, and COVID-19, as well as geopolitical developments, have stoked worries that the popular trade of buying small dips in the market was growing weaker, potentially removing one source of support for the stock market.

The Fed kicked off its two-day policy meeting earlier Tuesday and is expected to set the stage for an increase in benchmark interest rates at least three or four times in 2022 after it concludes the withdrawal of much of the liquidity that helped to avert a steeper economic downturn during the pandemic, starting in March of 2020. The prospect of tighter monetary policy, in the form of higher interest rates, less liquidity from the Fed and the U.S. government, as well as uncertainty about the economic outlook, have been pummeling bullish sentiment.

“We had an environment where the Fed was pumping in money nonstop, but we also had it where the Treasury was giving people lots of money. You had Treasury stimulus, you had Fed stimulus…that created a tremendous tailwind for asset prices so growth-equity stocks looked like they were going to infinity, baseball cars, watches, crypto,” said Novogratz.

“And that created in some ways a gambling economy…or at least call it a speculative economy,” he said, referring to the speculative fervor.

“We have companies that have valuations that just seemed kooky and we all got used to it,” Novogratz said. He said that market is moving to a period of some “form of normality.”

Novogratz underscored that he’s still “wildly optimistic on” crypto but is maintaining a more sober outlook, with the prospect of building out the infrastructure for blockchain technologies that underpinned the digital-asset sector.

“We need more blockchains that go faster…that can process more, we need a better regulatory framework,” he said.

“And it’s going to be a less speculative year…where [as] it was [last year] all felt like one big casino,” he said.

He said the crypto industry is flush with cash and with an influx of talent, who can foster innovation.

He told attendees of the iConnections conference in Florida on Tuesday that the “average rich guy is going to be less rich by the end of 2022 than he was at the end of 2021.”

Novogratz has become a familiar face discussing bitcoin in digital asset circles. The former Fortress Investment Group fund manager kicked off his crypto platform, with the intent on investing, consulting and helping build upon the technological backbone of crypto to foster innovation.

Bitcoin is another ponzi scheme that lost over 1.2 trillion in 74 days, which is half of it's value from record Highs.

algorithms and hedge fund managers make for a strange brew. major correction on the way. stay with the nifty fifty for the long haul.

'What the wise man does in the beginning, the fool does in the end,' says Howard Marks, a pioneer of distressed debt investing and co-founder of Oaktree Capital Group.
MARKETS・9 HOURS AGO
MarketWatch

The Russian Defense Ministry is promising to open a safe corridor to allow foreign ships to leave Black Sea ports. A separate corridor will be open to allow ships to leave Mariupol by sailing from the port on the Sea of Azov port to the Black Sea. Mikhail Mizintsev, who...
INDUSTRY・1 DAY AGO