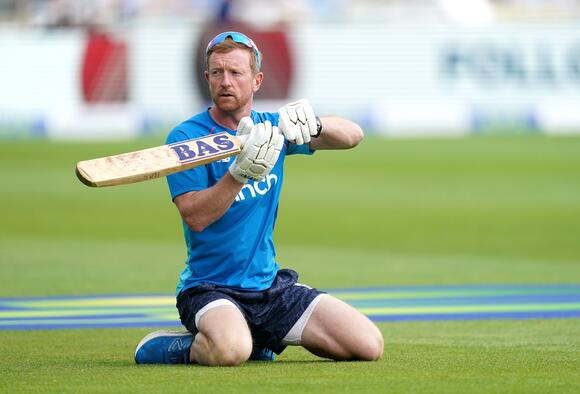 Paul Collingwood believes Chris Jordan is the “perfect” Twenty20 cricketer but admits England’s shortcomings while bowling at the back end of innings have been highlighted recently.

Jordan is renowned as one of the world’s best fielders and his batting in the first two T20s against the West Indies has been a fillip in the Caribbean, although he has seemed to go off the boil while bowling at the death.

For so long England’s go-to as the game reaches a crescendo, Jordan was pummelled by Jimmy Neesham in England’s T20 World Cup loss against New Zealand in November, leaking 23 in the over that shifted the momentum of the semi-final.

He was flayed for three sixes in four balls towards the end of Sunday’s second T20 against the Windies, who came within two runs of pulling off a terrific heist, although England prevailed to square the five-match series.

Collingwood refused to single out any individuals, preferring to highlight the overall contributions of England’s all-time leading T20 wicket-taker, but he acknowledged they must improve their bowling in the pressure scenarios.

He said: “CJ gives you a lot in other parts of the game, of course. He’s the perfect kind of T20 cricketer. But in the end that death bowling is something we need to improve on.

“We can’t hide away from the fact that it is an area that, if we get right, then it is a very formidable side. We just have to make sure that we can rely on four or five to do the job at any given time.

“Whether it’s CJ, whether it’s Reece Topley, Tymal Mills , Mark Wood , Chris Woakes , Jofra Archer when he gets himself fit – there’s a lot of players out there who can do the job.”

Collingwood revealed big-hitting batting all-rounder Liam Livingstone could return to the side as England ponder whether to freshen up their line-up, having used just 12 of their 17-strong squad in last weekend’s double-header.

Livingstone has been sidelined so far because of a throat inflammation, but he is one of the leading white-ball talents in the country and is one of just four England males to have registered a T20 international hundred.

Collingwood said: “Liam’s had oesophagitis. He’s getting a lot more energy back in himself, he’s looking more himself, so hopefully he’s fine, there’s a good chance.

“He’s great to balance the side he’s had a wonderful year in white-ball cricket. He’s confident, he’s box office – we all desperately want to see him play. It will be fantastic to see if he’s fit.”

Collingwood is one of two England assistants, alongside Graham Thorpe , but has stepped up as stand-in coach for this series, with all matches played in Barbados, in the absence of Chris Silverwood resting after the Ashes. 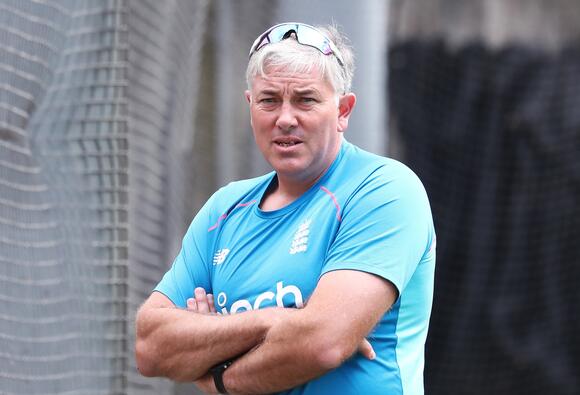 Silverwood has come in for criticism following England’s 4-0 defeat in Australia, but his tenure, largely against the backdrop of Covid and with restrictive environments often in place, has been defended by Collingwood.

England have attempted to mitigate the claustrophobic nature of bubbles by resting and rotating players to keep them fresh, which has often meant they have been unable to field their best side, while this whistle-stop tour is taking place without the likes of T20 regulars Jos Buttler, Jonny Bairstow , Dawid Malan , Ben Stokes and Mark Wood.

Collingwood added: “I’ve got utmost respect for what Spoons (Silverwood) has had to deal with over the past three years as a coach. I don’t think you could have got a more difficult period to try to get the best out of the team.

“Most of the time, you don’t have your best teams on the park. A lot of the times, you’re having to rotate players mentally, not just physically, but mentally from these bubbles.

“I sympathise 100 per cent with what the guys have gone through in the Ashes. I would hope that people can see that and understand that.”

Ian Baraclough has warned of the dangers facing fatigued players as Northern Ireland prepare to play four Nations League games in the space of 10 days.Northern Ireland boss Baraclough is already without nine players for tests against Greece, Cyprus – who they play twice – and Kosovo in League C following relegation in the competition two years ago.Craig Cathcart, Josh Magennis and Stuart Dallas were the headline names missing from the 28-man squad announced on Friday.“The demands put on the players nowadays, (Liverpool manager) Jurgen Klopp described it as ridiculous,” Baraclough said.“Now they’re asked at the end of a long...
UEFA・9 HOURS AGO
The Independent

Harry Brook fell to the final ball of the game as Roses rivals Lancashire and Yorkshire played out a thrilling Vitality Blast tie at Emirates Old Trafford.Yorkshire, chasing 184 to win a first Blast Roses game away from home since 2014, looked on course after Brook (72) and Tom Kohler-Cadmore (67) shared 115 for the fourth wicket.But fast bowler Richard Gleeson trapped the in-form Brook, who has been called into the England Test squad for the first time, lbw with only one run needed to send the 14,000 crowd wild.Last ball drama @EmiratesOT 😳⚡️ #LightningStrikes pic.twitter.com/a2SAw4OltJ— Lancashire Lightning (@lancscricket) May...
SPORTS・9 HOURS AGO
The Independent

Cameron Norrie squandered 16 break points as his bid to reach the second week of a grand slam for the first time bit the dust on the clay of Roland Garros.The British singles contingent will all be home before the postcards after Norrie, the only man or woman to reach the third round at the French Open, was beaten 6-2 7-5 5-7 6-4 by Russia’s Karen Khachanov.The 10th seed will look back on the host of early chances he had, to draw blood against an opponent he was well-matched against – in the first set alone he forced eight break...
TENNIS・8 HOURS AGO
The Independent

Barcelona won the Champions League for a fourth time with a 3-1 victory over Manchester United at Wembley on this day in 2011.Goals from Pedro, Lionel Messi and David Villa helped coach Pep Guardiola to his second European title in three years in a game which was largely remembered for an unstoppable Messi performance.It was also the second time that Barca had beaten United in the final after a 2-0 win in Rome two years before.Barcelona had breached the United defence on several occasions during the first half but went into the break surprisingly on level terms after Pedro’s 27th-minute...
PREMIER LEAGUE・2 HOURS AGO

James Gibbons used to carry a bucket around to raise money for Port Vale – now he is dreaming of lifting a trophy.The defender helped with the collections to keep the club’s academy going during dark days at Vale Park.Vale face Mansfield in the Sky Bet League Two play-off final at Wembley on Saturday in their biggest game for years.It is a world away from a teenage Gibbons, who lived just minutes away from Vale Park, walking round the stadium hoping fans would help keep his dreams alive.“When I was in the academy at the age of 13, we had...
SOCCER・9 HOURS AGO