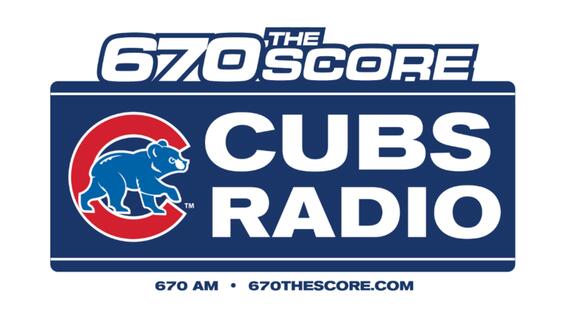 Dorey is now in his 12th season with the organization and most recently was the vice president of player development. In his new role, he’ll focus more on player evaluation as a whole rather than focusing on the farm system. Dorey joined the Cubs as a national crosschecker in 2012.

Garrett Chiado has been named the director of pro analytics, while Chris Jones has been promoted to director of research and development.

Here’s a look at other changes lower in the baseball operations department.

Christopher Morel was on the Double-A Tennessee Smokies earlier this week when he got the call up to play for the Chicago Cubs. Morel didn't waste the opportunity and made the most of his MLB debut. Chicago was up 6-0 in the eighth inning against the Pittsburgh Pirates when Cubs...
CHICAGO, IL・14 MINUTES AGO
670 The Score

Cubs catcher Willson Contreras’ future with the organization lingers as one of the biggest questions facing the rebuilding club this season.
CHICAGO, IL・9 HOURS AGO
670 The Score

The White Sox on Tuesday placed right-hander Michael Kopech on the paternity list amid a series of roster moves ahead of a doubleheader against the Royals.
CHICAGO, IL・10 HOURS AGO
670 The Score

White Sox left-hander Dallas Keuchel was unhappy about being pulled by manager Tony La Russa after just 86 pitches and having fired five scoreless innings Saturday in his team’s eventual 3-2 win against the Yankees.
CHICAGO, IL・1 DAY AGO

The Bears are seeking to build a new identity on their offensive line, but it’s a process they understand will take time as they identify new starters and implement their vision.
CHICAGO, IL・5 HOURS AGO