Nvidia (NASDAQ: NVDA) shares suffered on Monday, falling nearly 11% as tech stocks unraveled -- before turning around and erasing all but $0.02 of the loss by close of trading.

But the company might not be so lucky today.

As of 11:05 a.m. ET, shares of the semiconductor giant are down 3.5% in response to a report from Bloomberg that Nvidia's $40 billion bid to buy Britain's Arm Holdings may be well and truly dead. 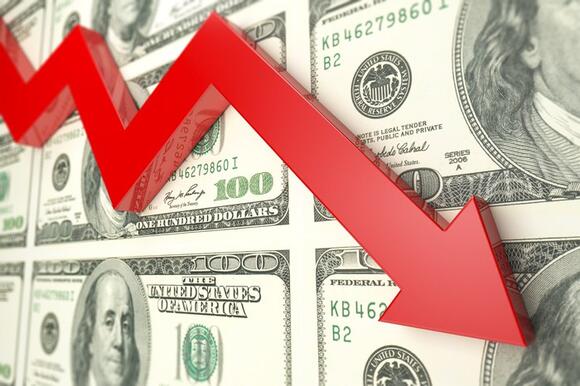 As Bloomberg reports this morning, Nvidia "is quietly preparing to abandon its purchase of Arm Ltd. from" SoftBank Group (OTC: SFTB.Y) .

Nvidia has made "little to no progress" convincing regulators such as the U.S. Federal Trade Commission and the U.K.'s Competition and Markets Authority to approve the deal, reports Bloomberg. China is also reported to be opposed to the merger. While "no final decisions have been made," and it may take months for the various regulators to make up their minds, Nvidia "doesn't expect the transaction to close" at this point and may be preparing to abandon the deal, according to Bloomberg.

What would that mean for Nvidia? Well, it wouldn't get Arm, but it would get to keep its $40 billion and perhaps invest that in expanding production of its own chips to address the ongoing deficit of semiconductors around the globe. (Actually, that would be $40 billion minus the $2 billion that Nvidia paid up front for Arm, which SoftBank would be allowed to keep -- and minus another $1.25 billion breakup fee that Nvidia would need to pay SoftBank.)

And speaking of SoftBank, Bloomberg reports that it's "stepping up preparations for an Arm initial public offering (IPO) as an alternative to the Nvidia takeover." According to the news agency, there are worries that the global semiconductor shortage could begin to wind down this year as more and more companies invest more and more capital in expanding production. If it must IPO Arm, SoftBank would probably prefer to do that sooner rather than later, while investors are still paying high multiples for semiconductor companies.

If SoftBank fails to strike while the iron is hot, Nvidia might not be the only company that gets burned.

The company recently joined the Fortune 500 list.
STOCKS・1 HOUR AGO

Sign up for the Fortune Features email list so you don’t miss our biggest features, exclusive interviews, and investigations. U.S. tariffs on Chinese imports survived a change in administration, but the trade-war-era levies may not survive record inflation. “We’re certainly looking at where we see costs being raised and,...
PRESIDENTIAL ELECTION・29 DAYS AGO
inputmag.com

Is Snap Stock a Buy After Its Spectacular Fall From Grace?

A dire warning about the state of the economy sent the social media company plummeting.
STOCKS・18 HOURS AGO
The Motley Fool

These four tech companies could be providing long-term investors with great price opportunities.
STOCKS・4 HOURS AGO
The Motley Fool

Lingering concerns about a potential big-ticket buy and an analyst price-target cut combined for a bad day on the market for The House of Mouse.
STOCKS・17 HOURS AGO
The Motley Fool

It's a bold word to describe them, but some companies really are in businesses bigger than any economic headwind.
STOCKS・3 HOURS AGO
The Motley Fool

While the crypto sell-off is taking its toll, the company has more going for it.
STOCKS・1 HOUR AGO
The Motley Fool

These two Dividend Aristocrats may be worth buying now even if there's more pain ahead.
BUSINESS・1 DAY AGO