Jonny Brownlee and Alex Yee both said the Commonwealth Games was their main focus this year after being named alongside Georgia Taylor-Brown and Sophie Coldwell in Team England’s triathlon line-up.

Birmingham 2022 takes place from July 28-August 8 and triathlon will be the first medal event on the programme at Sutton Park.

Yee told the PA news agency: “We’re really fortunate to have the Commonwealth Games this year, I think it’s come at a good time, kind of continuing on from the Olympics last year and keeping a bit of that momentum.

“So for me I’m really excited. I’d say my biggest goal this year is to perform better and major championships at home are almost a once-in-a-lifetime thing, unless you’re Jonny!”

Yee, 23, won mixed relay gold and silver in the men’s individual event at Tokyo 2020 before finishing third overall in the 2021 World Championships Series.

“I’m really excited to go out and race and in front of big crowds in Birmingham as well,” he added.

“I’ve definitely put a lot of effort and thought into planning my race schedule around the Commonwealth Games, so I’d love to race to the best of my ability there.” 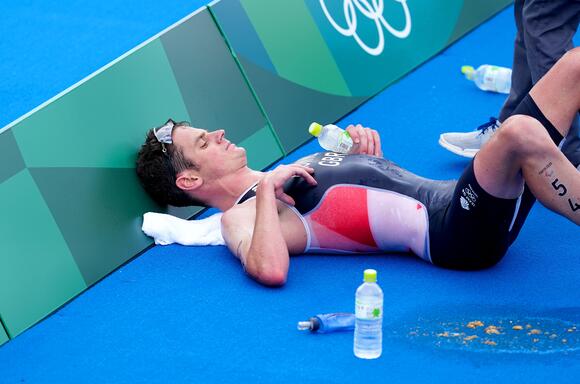 Brownlee, 31, won gold in the mixed relay in his first Commonwealth Games in Glasgow in 2014.

The 2012 individual world champion, who also won individual bronze and silver at London 2012 and Rio 2016 respectively, also claimed gold in the mixed relay at Tokyo 2020.

Great Britain’s team – Brownlee, Yee, Taylor-Brown and Jess Learmonth – were all awarded an MBE in the New Year’s Honours list earlier this month for their services to triathlon. 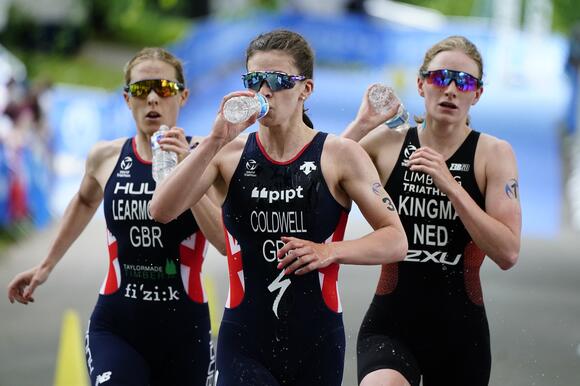 “I thought Tokyo was my last major games if I’m honest. If you’d have asked me before Tokyo I would have said I would definitely not be going to the Commonwealth Games.

“I would love to be there in Paris in three years’ time if I can be competitive still, but I’m pretty sure Birmingham will be my last Commonwealths.”

She told PA: “I obviously don’t have any medals at major championships, so I really want to put myself in a position to deliver that.

“That’s my A-plus race for the year and everything is geared around that and other races I do or don’t do will be tailored to deliver a performance in Birmingham.”

Covid-19 infections are continuing to fall in most parts of the UK but have risen slightly in Scotland, figures show.A total of 1.1 million people in private households across the UK are estimated to have had the virus in the week to May 21, according to the Office for National Statistics (ONS).This down from 1.3 million the previous week and is the lowest estimate for the whole country since the end of November 2021, when virus levels were just starting to rise due to the spread of the original Omicron variant.Total infections have now fallen by 78% since the peak...
PUBLIC HEALTH・2 HOURS AGO
The Independent

Leeds have revealed a new-look limited edition kit that has been designed by Rob Burrow’s three children and will be worn by the Rhinos at the Dacia Magic Weekend at St James’ Park, Newcastle.The Super League club say £5 from the sale of every shirt will be donated to the MND Association and the Leeds Hospitals Charity appeal to build a centre in the name of Burrow, who was diagnosed with motor neurone disease in December 2019.The shirt features a host of little touches designed by Macy, Maya and Jackson, including a little ‘stickman’ caricature of his father by three-year-old...
WORLD・2 HOURS AGO
The Independent

Stuart Lancaster has distanced himself from an England return after stating he could emulate the loyalty of Liverpool manager Jurgen Klopp by spending a decade at Leinster.England head coach Eddie Jones is due to step down after the 2023 World Cup and, with the Rugby Football Union seeking a home grown replacement, Lancaster is a leading candidate to succeed him.The Cumbrian spent four years in the role only to depart after a crushing group exit from the 2015 global showpiece, but he has since rebuilt his career as senior coach at Leinster where he has helped boss Leo Cullen mastermind...
WORLD・3 HOURS AGO
The Independent

Northern Ireland boss Ian Baraclough says Kyle Lafferty deserves his international recall at the age of 34 after helping Kilmarnock into the cinch Premiership.Lafferty, a hero of Northern Ireland’s successful Euro 2016 qualifying campaign and the second top scorer for his country’s men’s team, has been selected for next month’s Nations League fixtures against Greece, Cyprus and Kosovo.“I suppose it was big news when Kyle was left out of the squad previously, but the door was never closed on him,” Baraclough said.🔥 Your Northern Ireland squad for the upcoming @UEFA Nations League games! #GAWA #NorthernIreland ➡️ https://t.co/chuvp3ABpE ⬅️ pic.twitter.com/cUtj5ZcbuN— Northern...
WORLD・1 HOUR AGO

The worsening flu season in Australia has provoked fears among UK scientists that the country will follow suit this winter, leading to mass infections and hospitalisations among all age groups.Australia is bracing for its worst flu seasons in five years, after Covid restrictions suppressed the circulation of the influenza virus in 2020 and 2021.Almost 40,000 cases have been reported in the country since the beginning of the year, 26,000 of which have come in the second and third week of May. Hospitalisations are doubling every week in the state of Queensland, while nationwide rates are particularly high among young people.The...
HEALTH・2 HOURS AGO
The Independent

One of the UK’s biggest pub chains is offering pints of its IPA beer for just 6p to kick off the Queen’s platinum jubilee celebrations.On Monday 30 May only, Greene King staff will be pulling pints across its 408 sites at the bargain price, which is the same as an average pint cost during the Queen’s 1952 coronation. Anyone visiting a Greene King Local Pub or a Flaming Grill site will be able to claim a pint of Greene King’s IPA for just IPA by using the secret code word “1952” at the bar. Visitors can only claim a maximum...
RESTAURANTS・2 HOURS AGO
The Independent

Harvey Elliott is itching for action but determined to soak up the occasion regardless of whether or not he features in the Champions League final.The 19-year-old midfielder hopes to be on the bench at least as Liverpool take on Real Madrid for European club football’s top prize at the Stade de France in Paris on Saturday.That would underscore an impressive rise for the boyhood Liverpool fan, who four years ago was in the crowd as the Reds were beaten by the Spanish giants in the final in Kiev.“I am still supporting the team as a fan but to be able...
PREMIER LEAGUE・2 HOURS AGO
The Independent

‘A great way to end my playing days’: Paul McShane turns to coaching

Former Republic of Ireland defender Paul McShane has retired from playing to concentrate on his coaching career.The 36-year-old has spent the past season at Manchester United where he was involved in a unique role as an Under-23 player while also coaching different age groups in the academy set-up at Old Trafford.McShane started his career with the Red Devils in 2002 but failed to make a senior appearance for the club before he enjoyed spells with West Brom, Sunderland, Hull, Reading and Rochdale.The centre-back, born in Wicklow, made 33 appearances for his national team and will stay at Manchester United as...
SOCCER・2 HOURS AGO

Paddy Pimblett will face Jordan Leavitt at UFC London in July, it has been confirmed, as the British fighter faces his second fight in succession on home soil. The UFC’s rising star defeated Rodrigo Vargas on an electric night at the O2 and will once again feature on the main card on its return to the UK. Pimblett will fight Leavitt in a lightweight bout on 23 July, with Tom Aspinall, Darren Till and Molly McCann all set to be in action on the card. Pimblett is on a four fight win streak and will look to add to...
UFC・1 HOUR AGO
The Independent

A decisive World Cup qualifier that could pit Scotland against Wales will be free to view in the UK.The World Cup play-off final is due to take place on June 5, with Wales having already booked their place in the clash.Scotland will advance if they beat Ukraine at Hampden on Wednesday, which would put both of the UK nations one win away from the tournament in Qatar later this year.As well as being shown live on Sky Sports, regional broadcasters STV and S4C will show the game in Scotland and Wales respectively, while ITV will show it in England..The Ukraine...
SOCCER・3 HOURS AGO
The Independent

There is perhaps no single game with such intolerance of romance as the Championship play-off final. It is the sort of occasion that ought to be steeped in history, from Nottingham Forest’s arduous pursuit of glories past to Huddersfield Town’s hopes of marking the 100th anniversary of its first major trophy. There should be emotive storylines, narrated by old players over grainy montages, that give a game like this texture and tradition, weaving memory and context into the mayhem. Yet, all that goes against the sort of spectacle that is an inherently modern phenomenon. For the owners and executives, there...
PREMIER LEAGUE・1 HOUR AGO
The Independent

Follow for live updates and the latest Formula One news from the Monaco Grand Prix as practice gets underway today at the iconic circuit in Monte Carlo. The sight of Formula One cars sweeping their way through the Monte Carlo streets is one of the finest in motorsport and it is set to be an important weekend in the title race as defending champion Max Verstappen looks to increase the pressure on Ferrari’s Charles Leclerc, who will be aiming to deliver glory at his home circuit.And it was the home favourite who finished fastest in the opening practice session, as...
MOTORSPORTS・1 HOUR AGO