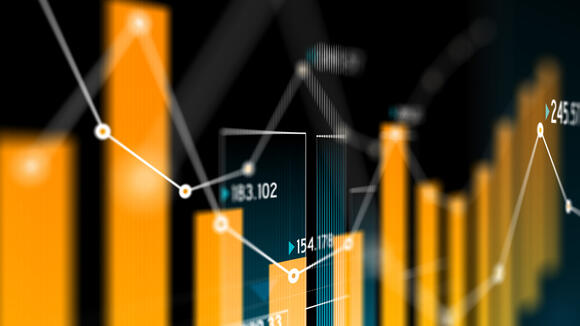 Markets opened lower yet again on Tuesday, but it is yet to be seen if they can pull off the massive reversal that happed on Monday. Investors’ fears of rising rates are driving markets lower, even though the Federal Reserve has yet to take action. The Nasdaq, and tech sector in general, were leading the charge lower, with the index down about 1.5%.

24/7 Wall St. is reviewing some big analyst calls seen on Tuesday. We have included the latest call on each stock, as well as a recent trading history and the consensus targets among analysts. Note that analyst calls seen earlier in the day were on Deere, Grab, Nike, Palo Alto Networks, Plug Power and more.

Delta Air Lines Inc. ( NYSE: DAL ): Berenberg's upgrade to Buy from Hold included a price target raise to $50 from $48. Shares were trading around $38 on Tuesday, and the consensus target price is $51.61.

Kroger Co. ( NYSE: KR ): Wells Fargo downgraded from Equal Weight to Underweight with a $42 price target. Shares were trading around $47 on Tuesday, and the consensus target price is $45.38.

ALSO READ: 5 Very Safe Big-Dividend Stocks to Buy Now as Market Correction May Be On
Five BofA Securities top gold stock picks look like great ideas for worried investors now. Not only will they hedge inflation, but they can really help in a bear market, as they tend to trade inverse to markets.

And see which major American companies have the worst reputations .

These seven Warren Buffett top picks look like solid ideas for worried investors seeking to stay in equities but who want to stick with dividend-paying companies that can weather the coming recession and possible steep market decline.
STOCKS・21 HOURS AGO
24/7 Wall St.

After markets close on Tuesday, two of these three firms will report quarterly results. The other will be out with earnings before markets open on Wednesday.
MARKETS・2 DAYS AGO
24/7 Wall St.

These seven dividend-paying tech sector leaders have been caught up in the "sell everything and head for the hills" hysteria. They are trading at bargain-basement prices now and will flourish long after the current bear market has passed.
STOCKS・2 DAYS AGO
24/7 Wall St.

A number of retail stocks are reporting results late Thursday or early Friday, along with one of the largest remaining marijuana producers.
STOCKS・19 HOURS AGO

The microchip shortage that has battered the industry prompted Toyota to say it will cut global manufacturing.
ECONOMY・1 DAY AGO
Benzinga

Gross Domestic Product report for the first quarter is scheduled for release at 8:30 a.m. ET. The second estimate for first-quarter GDP is expected to show a 1.3% contraction versus the first estimate's 1.4% contraction. Data on initial jobless claims for the latest week will be released at 8:30 a.m....
MARKETS・22 MINUTES AGO
Fortune

The cooling housing market enters into the Great Deceleration

Sign up for the Fortune Features email list so you don’t miss our biggest features, exclusive interviews, and investigations. As states issued strict lockdowns two years ago, it was a foregone conclusion that the U.S. housing market would slump. After all, with the COVID-19 recession sending the unemployment rate...
BUSINESS・36 MINUTES AGO

These seven real estate investment trust leaders not only offer investors steady growth and substantial dependable income. They also offer the best entry points in well over a year, making them great ideas for weary investors looking for a safe space.
MARKETS・1 DAY AGO
24/7 Wall St.