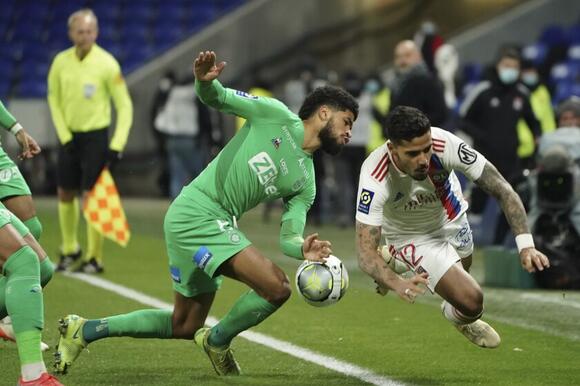 A look at what’s happening in European soccer on Wednesday:

Last-place Saint-Etienne travels to Angers looking to snap a miserable run of seven consecutive league losses. The match was initially planned earlier this month but had to be rescheduled because of a COVID-19 outbreak at Angers. Saint-Etienne, the most decorated club in French football with 10 titles, has the league’s second-worst defense ahead of its trip to 12th-place Angers. And Pascal Dupraz's team has not scored away from home since November. “Every minute that passes, we play for our survival," Dupraz said Tuesday. “We need points, but time is running out." The new head coach succeeded Claude Puel, who was fired in December. Dupraz won't be able to give a start to former France defender Eliaquim Mangala, who joined last week as a free agent on a six-month contract but is not qualified to play. Saint-Etienne hopes Mangala will bring stability, experience and make an impact in the team's fight against relegation. The 30-year-old Mangala has eight caps with France. It’s his first experience in the French league after stints with Liege, Porto, Manchester City and Valencia.

Osaka was asked following her first-round exit about the decision to not have ranking points at Wimbledon anymore when she dropped the bombshell it might not be worth it for her to compete. "I'm not 100% sure if I'm going to go there," Osaka told reporters, via ESPN. "I would...
TENNIS・20 MINUTES AGO