U.S. Bancorp (NYSE: USB) , the fifth-largest bank in the country, probably didn't finish 2021 the way it wanted to. The bank reported fourth-quarter earnings per share (EPS) of $1.07 on revenue of nearly $5.7 billion, missing on both EPS and revenue estimates.

There wasn't much to really like in the quarterly report from this longtime Warren Buffett and Berkshire Hathaway holding, which already trades at a high valuation. Is U.S. Bancorp still a buy following its fourth-quarter earnings report?

U.S. Bancorp missed on estimates after releasing reserves previously built up for loan losses, which is not what you want to see, because these releases are supposed to boost earnings.

Loan growth began to pick up in the quarter, which much of the industry saw, but the bank only had its average loan balances tick up 2% from the third quarter, while other large commercial lenders like Bank of America saw balances up nearly 3%. 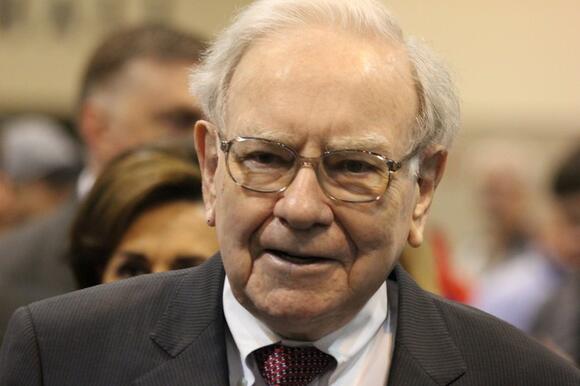 U.S. Bancorp also saw net interest income (the profit banks make on loans and securities minus the cost of funding those assets) decline in the quarter. Non-interest income dropped about 6% from the previous quarter, as payments revenue and mortgage banking fees came in lower, although part of that is due to seasonality. Expenses jumped 5% year over year and about 3% from the previous quarter, as U.S. Bancorp dealt with higher compensation and benefits and expenses for professional services and marketing.

Still, the outlook for this year isn't all bad. In U.S. Bancorp's payments business, sales volume in merchant acquiring, corporate payments solutions, and retail payments all surpassed pre-pandemic levels in the fourth quarter. Additionally, CFO Terry Dolan said to expect continued momentum this year as sectors in its payments business like travel, airlines, and hospitality continue to rebound.

CEO Andy Cecere also said he expects U.S. Bancorp to generate operating leverage on a full-year basis, which means the bank is expected to grow revenue at a faster rate than expenses. That might not be so easy for a lot of banks dealing with rising expenses this year.

2 initiatives to look forward to

There are two main things that are exciting about U.S. Bancorp.

First, the bank has invested heavily in its payments capabilities in recent years: providing businesses real-time payment capabilities, enabling merchants to accept card and electronic payments, helping corporations run card programs, and much more. But as management has told us, very few of its banking customers currently use a payments product, and a good chunk of U.S. Bancorp's payments customers don't use a banking product, so there is lots of potential for cross-selling. 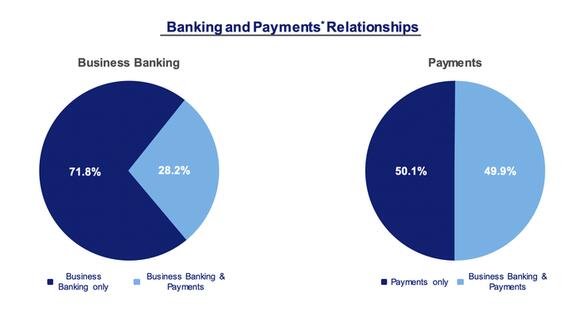 Cecere thinks the bank can change this dynamic because it now can offer businesses and corporations a "combination of payments and banking in [an] easy-to-use dashboard information to help them run their businesses and manage their cash flows on a day-to-day basis." Management has previously said it thinks it can get the chart on the left side above to a 50/50 split. Management has also previously said it thinks the bank over the next few years can increase small banking customers by 15% to 20% and grow associated revenue by 25% to 30%.

Second, adding to these efforts, U.S. Bancorp recently announced that it plans to acquire the U.S. banking operations of the Japanese bank Mitsubishi UFJ Financial Group , which is known as Union Bank. Union would not only add more than $100 billion of assets, further enhancing U.S. Bancorp's scale, but also another 190,000 business clients, to which it can sell business banking and payments products. U.S. Bancorp will also use the deal to significantly increase its scale in California, which has more small-business banking clients than any other state in the U.S.

Worth the high valuation

While U.S. Bancorp undoubtedly trades at a high valuation for a bank -- 2.3 times tangible book value at Tuesday morning's prices -- I still think its shareholders have a lot to look forward to with the initiatives it's working on. The bank has long been a strong performer, it has a dividend yield of over 3.3%, and it has consistently had strong credit quality, which will be more valuable when credit trends in the industry eventually normalize.

During the pandemic, Buffett and Berkshire sold off a lot of their bank holdings. U.S. Bancorp is the only large U.S. regional bank the Oracle of Omaha held on to, and I think that says a lot. I still think this stock is a buy.

10 stocks we like better than US Bancorp
When our award-winning analyst team has a stock tip, it can pay to listen. After all, the newsletter they have run for over a decade, Motley Fool Stock Advisor , has tripled the market.*

They just revealed what they believe are the ten best stocks for investors to buy right now... and US Bancorp wasn't one of them! That's right -- they think these 10 stocks are even better buys.

MILLIONS of Americans are set to receive Social Security checks worth up to $1,657 tomorrow. The cash boost will come just 48 hours before Supplemental Security Income payments, worth up to $841, are set to land in around eight million bank accounts on April 29. Seniors with birthdays on the...
BUSINESS・29 DAYS AGO
The Motley Fool

And why this could be a buying opportunity for long-term investors.
STOCKS・1 DAY AGO

Deere stock has come down in price, and there are some headwinds worth monitoring.
STOCKS・11 HOURS AGO
The Motley Fool

These four tech companies could be providing long-term investors with great price opportunities.
STOCKS・12 HOURS AGO