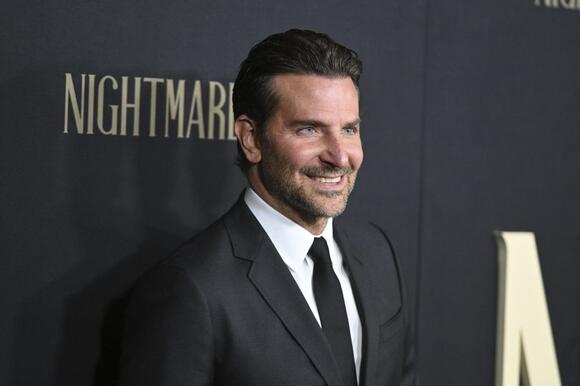 Bradley Cooper confirmed during a conversation with Mahershala Ali as part of Variety’s “Actors on Actors” series, presented by Amazon Studios, that “ Maestro ” will finally start filming this May. Netflix’s “Maestro” marks Cooper’s first directorial effort since the blockbuster success of his feature debut, “ A Star Is Born .” Cooper also stars in “Maestro” as esteemed Broadway composer Leonard Bernstein, with Carey Mulligan on board to play Bernstein’s wife, Felicia Montealegre.

“I wanted to be a conductor since I was a kid,” Cooper told Ali about the new film. “I was obsessed with it, asked Santa Claus for a baton when I was 8. Listening to music, falling in love with it and being able to really know every single moment of a piece, like Tchaikovsky’s ‘Opus 35’ in D major, this violin concerto. I could do it as if I know everything about it without really being able to speak the language, obviously.”

Steven Spielberg was originally attached to direct a Bernstein biographical drama and recruited Cooper to star in it. Cooper was coming off “A Star Is Born” at the time and was more interested in writing and directing movies than taking on an acting role for someone else, even Spielberg.

“I [told Spielberg], ‘I always felt like I could play a conductor, but may I research the material and see if I can write it and direct it? Would you let me do that?'” Cooper said. “Steven has a lot of interests — he’ll just choose one thing and all of the other things will be on hold. I think he knew he wasn’t going to make that movie for a while. He was kind enough to hand it off to me, and that’s what I’ve been doing for the last four and a half years, and we start shooting in May.”

With filming beginning in May, don’t expect to see “Maestro” in theaters and on Netflix until at least 2023. Watch Cooper and Ali’s full conversation as part of Variety ‘s “Actors on Actors” in the video below.

Click here to read the full article. “Top Gun: Maverick,” Tom Cruise’s long-awaited return to the danger zone, had to take a few detours due to COVID-19. When the pandemic hit, the sequel to 1986’s “Top Gun” was supposed to open on June 24, 2020. Those plans had to be rearranged when theaters shuttered and moviegoing struggled to return. Now, at long last, Cruise was on hand in the South of France on Wednesday for the Cannes premiere of “Top Gun: Maverick,” a film that has earned critical raves and seems primed for box office riches. But did he ever think...
MOVIES・22 HOURS AGO
Variety

Click here to read the full article. Variety will partner with Campari to bring the Variety Studio to the 2022 Cannes Film Festival. The interview studio will run May 18 – 25 and feature conversations with top directors and stars attending the 75th annual fest. Talent participating in the interview studio includes Anne Hathaway, Jeremy Strong, Michael Banks Repeta, Jaylin Webb and writer/director James Gray from “Armageddon Time” (Focus Features), a coming-of-age story about family and the generational pursuit of the American dream; Julianne Moore and Jesse Eisenberg from his feature directorial debut, “When You Finish Saving the World” (A24), a comedy-drama...
MOVIES・21 HOURS AGO
Variety

Click here to read the full article. The 75th Cannes Film Festival returns with international auteurs, Palme d’Or winning filmmakers, potential summer blockbusters, and many films that will, if everything breaks their way,  be campaigning for Oscar come the fall. In short, the competition lineup is loaded with promise. The track record for Palme d’Or winners going onto Oscar success has varied over the years. Over the past two decades, Roman Polanski’s “The Pianist” (2002), Terrence Malick’s “The Tree of Life” (2011), Michael Haneke’s “Amour” (2012) and Bong Joon-ho’s “Parasite” (2019) have received best picture nominations. However, “Parasite” is one of only...
MOVIES・1 DAY AGO
Variety

Click here to read the full article. One of the leading Emmy contenders this year is Hulu’s “Only Murders in the Building,” which could be one of the most nominated comedy series in the field. In addition, the comedy series, which will drop its second season in the middle of Emmy nom voting, could make history for two of its guest actor comedy submissions — Nathan Lane and James Caverly. Lane could become the most nominated actor in the history of the guest actor comedy category (beginning in 1975), while Caverly will be the first deaf actor ever recognized. A likely frontrunner...
MOVIES・2 DAYS AGO

Click here to read the full article. When “War Pony” debuts in Cannes on May 21, it will represent the culmination of a project almost a decade in the making. Directed by Riley Keough and Gina Gammell, and written by Keough, Gammell, Bill Reddy and Franklin Sioux Bob, the film about two boys growing up on the Pine Ridge Reservation in South Dakota took seven years from conception to post-production. Protagonist Picture is handling international sales on the project while CAA Media Finance is repping North America. “It was a very slow burn,” Keough says of the film. “Because we didn’t really...
MOVIES・3 HOURS AGO
Hello Magazine

Robin Roberts got emotional as she opened up about her relationship with partner Amber Laign, especially in the midst of a challenging health battle. The Good Morning America star made an appearance on The Ellen DeGeneres Show to promote her new book, Brighter By the Day. VIDEO: Robin Roberts enjoys...
CELEBRITIES・23 DAYS AGO
The Independent

Laughter erupted in courtroom after Johnny Depp said he doesn’t watch his own movies and couldn’t recall the question he was asked. “I don’t watch them. I feel better not watching them. What was the question again?” Mr Depp said to laughter from the room. Johnny Depp trial – latest updates“Order in the court, or I will have you removed,” Judge Azcarate said. “Understood? Thank you.”The defamation trial between Mr Depp and Amber Heard began on Monday 11 April in Fairfax, Virginia following Mr Depp’s lawsuit against his ex-wife in March 2019. Mr Depp is arguing that she defamed him...
CELEBRITIES・23 DAYS AGO
Hello Magazine

Princess Eugenie has taken to her Instagram Stories to make an exciting announcement related to The Anti-Slavery Collective, which she co-founded with her best friend Julia de Boinville back in 2017. Resharing a message from the charity organisation, the mother-of-one revealed she was posting "news from my charity". WATCH: Princess...
23 DAYS AGO

Click here to read the full article. It seems like everyone was rooting for Renée Zellweger and Ant Anstead to get together, including an unexpected duo: the Property Brothers. Drew and Jonathan Scott recently revealed that they were the ones that ended up getting Zellweger and Anstead to meet, and subsequently fall in love. And their hard work ended up paying off! Back on April 14, 2022, the Scott brothers sat down with ExtraTV to talk about everything from Drew’s upcoming fatherhood to Jonathan loving GF Zooey Deschanel’s Vanity Fair gown. While we loved the entire interview, we’re losing it over...
CELEBRITIES・24 DAYS AGO
Hello Magazine

Gwyneth Paltrow is a doting mom to two teenage children, Apple and Moses, who she shares with ex-husband Chris Martin. The family are notoriously private, but over the weekend the award-winning actress gave a rare insight into their upcoming plans - and how they are changing things up this year for Mother's Day.
FAMILY RELATIONSHIPS・23 DAYS AGO
Variety

Click here to read the full article. “Pirates of the Caribbean” producer Jerry Bruckheimer reminded fans in a recent interview with The Sunday Times that the future of his Disney mega-franchise does not currently include Johnny Depp. The actor appeared as Jack Sparrow in all five “Pirates of the Caribbean,” earning an Oscar nomination for “Curse of the Black Pearl.” The most recent “Pirates” movie, “Dead Men Tell No Tales,” was released in 2017. Bruckheimer said two “Pirates” scripts are currently in development, but neither include Depp’s former franchise mainstay. “Yes. We’re talking to Margot Robbie. We are developing two Pirates...
MOVIES・2 DAYS AGO
Popculture

Comedian Kevin Hart will launch new media company HARTBEAT with a $100 million investment from private equity firm Abry Partners.  The new venture, unveiled Tuesday, is a combination of his two production companies, Laugh Out Loud and HartBeat Productions. Hart plans to use the investment to hire more employees, grow the existing brands within the new enterprise and develop new content.More from The Hollywood ReporterNetflix Acquires Kevin Hart, Woody Harrelson's Sony Pic 'The Man From Toronto'Just For Laughs Unveils Plans for In-Person Comedy FestivalGaming Company Backbone Reveals Series A Funding Backed by Ashton Kutcher, The Weeknd, Kevin Hart and More “The creation...
CELEBRITIES・23 DAYS AGO
Us Weekly

The show — and the vacation — must go on. Jada Pinkett Smith determined that the family trip to India wasn't going to be canceled due to Will Smith's Oscars slap. "Will and Jada have taken the family on [a] vacation that was already planned," a source exclusively tells Us Weekly. The Concussion star, 53, […]
CELEBRITIES・24 DAYS AGO
Hello Magazine

Kate Hudson has realized one of her dreams and has taken to Instagram to share the incredible news with her 15 million followers. Sharing two pictures of her looking casual in a pair of baggy dip-dyed trousers and a white tank top, and singing into a microphone, the actress announced a surprising career change.
CELEBRITIES・23 DAYS AGO
Daily Mail

Katy Perry reacted quite hilariously to a Top 11 contestant on American Idol during a unique song challenge on Monday night's episode. Each of the remaining contestants were given a song to perform by each judge - Perry, Lionel Richie and Luke Bryan - with the singer selecting one and then tasked with guessing which judge picked that song for him or her.
MUSIC・23 DAYS AGO
ComicBook

After weeks of silence, Chris Rock has finally addressed his now-infamous incident with Will Smith at March's 94th Annual Academy Awards. During another sold-out show at Baltimore's Lyric Performing Arts Center on Friday, Rock directly referenced the slap, but only spent a second on it before moving on with his set.
BALTIMORE, MD・24 DAYS AGO
Outsider.com

Geroge Wendt, who played Norm on the classic TV show Cheers, decided to be like Jack when he was in public. We mean Jack Nicholson here. The famed movie actor seemingly did not mind being noticed when out among the non-Hollywood crowd. Nicholson’s attitude about this did ring a bell for Wendt during his show’s incredible run on NBC and in reruns today.
CELEBRITIES・23 DAYS AGO
hotnewhiphop.com

It seems Coi Leray is getting fed up with the drama. She and her father, Benzino, have not seen eye to eye for quite some time, and despite numerous attempts to mend their relationship, they keep ending up back at square one. Yesterday, 50 Cent, whose been feuding with Benzino...
CELEBRITIES・24 DAYS AGO
PopCrush