Tesla (NASDAQ: TSLA) reports fourth-quarter and full-year 2021 earnings tomorrow after the bell, and the stock is down in advance of that. At 10:06 a.m. ET, Tesla shares were 1.75% lower after having dropped nearly 3% to start Tuesday's market session.

To be clear, today's drop isn't likely due to investor worry about tomorrow's earnings. In fact, Tesla, like many other technology names in the Nasdaq Composite index, has been moving lower all month. After having hit the $1.2 trillion market cap threshold, Tesla shares are down almost 25% since Jan. 3, 2022. 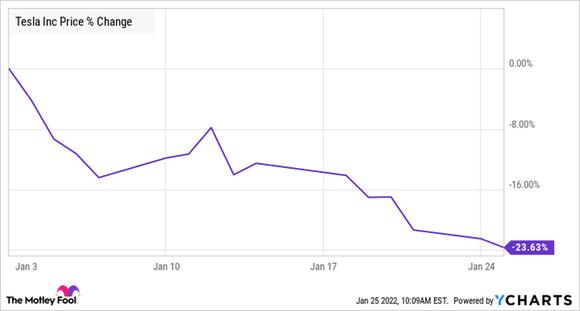 But with a valuation still topping $900 billion, investors will want to hear good things from the company tomorrow evening. Tesla reported about $3.2 billion of net income in the first nine months of 2021, and in its full-year report, it will very likely let investors know it surpassed revenue of $50 billion for the year. 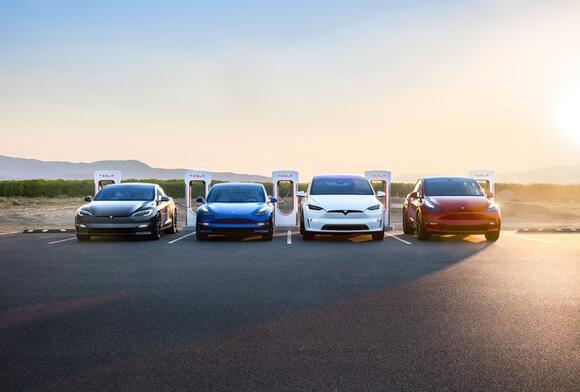 For the company to hit that revenue level, it will only need to match its third-quarter results. Since the company has already informed investors that it delivered 28% more vehicles in the fourth quarter than in the third quarter, results are likely to increase sequentially.

But with the valuation as high as it is, investors will want to look forward, not back. Investors will want to hear about progress toward initial production from new gigafactories in Texas and Germany. If any setback is reported, it wouldn't be surprising to see Tesla shares continue to drop in the near term.

These stocks have great long-term prospects.
STOCKS・1 DAY AGO

Three companies that can beat the market in the coming years.
STOCKS・2 DAYS AGO
electrek.co

E-commerce has fallen out of favor with some investors but the long-term opportunity is undeniable.
STOCKS・23 HOURS AGO
The Motley Fool

These stocks are cheap after an unmerciful beatdown.
STOCKS・1 DAY AGO
The Motley Fool

The stock for these two world-beaters is trading at a major discount to historical valuations.
STOCKS・23 HOURS AGO
The Motley Fool

The start of a new bull market in the technology sector is a matter of when, not if.
STOCKS・3 DAYS AGO
The Motley Fool