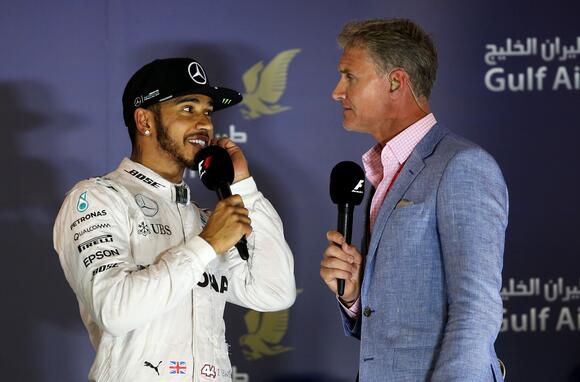 Lewis Hamilton may be “bored” of fans suggesting he was robbed of the 2021 Formula 1 world title, David Coulthard has claimed.

Hamilton was denied his eighth Drivers’ Championship under controversial circumstances at the season-ending Abu Dhabi Grand Prix , with Max Verstappen able to pass the Mercedes driver on the final lap after the divisive intervention of race director Michael Masi.

The 37-year-old accused the result of being “manipulated” in the immediate aftermath of the incident, but has since remained silent, and has not posted on social media since before the race at the Yas Marina Circuit.

He is yet to commit to driving in the 2022 season as he awaits the findings of an FIA investigation into the events in Abu Dhabi.

With many F1 fans feeling that Hamilton was harshly treated, former F1 driver Coulthard, who achieved 13 wins across 16 seasons either side of the millennium, believes may actively be avoiding conversations about the end of the season to distance himself from the disappointment.

“I think he will be bored with everyone saying to him, ‘You were robbed, Lewis!’ or ‘You’re the people’s champion, Lewis!’,” Coulthard suggested to The Telegraph.

“He’ll be avoiding even having those conversations. I can’t compare myself to Lewis in terms of success or speed but one thing I think I can relate to is that emotional detachment, once the moment’s gone.

Hamilton’s future remains unclear with less than a month until the first round of testing ahead of the new season, which will take place in Barcelona in the final week of February.

“The big decision was when he committed to that new two-year contract midway through last season. I don’t think Abu Dhabi changes anything.

“Of course he would have liked to have won. And I think he was very emotional, as anyone would be under the circumstances.

“But I think the reality is the shock was probably far less for him than it would have been for Toto [Wolff, Mercedes team boss], or the rest of the team, or his fans.”

No escaping Alcaraz: why teenage sensation could be next big thing

For over a decade, men’s tennis has been searching for new stars to follow up the dominance of its big three; Novak Djokovic, Rafael Nadal and Roger Federer. New generations have risen and fallen, waves of hype behind some promising young players have long sputtered out, while other extremely talented players have simply not measured up to their dominance. Deep into their 30s, Nadal and Djokovic have remained the safest bet to win most grand slam titles in recent years.
TENNIS・34 MINUTES AGO
The Independent

Barcelona won the Champions League for a fourth time with a 3-1 victory over Manchester United at Wembley on this day in 2011.Goals from Pedro, Lionel Messi and David Villa helped coach Pep Guardiola to his second European title in three years in a game which was largely remembered for an unstoppable Messi performance.It was also the second time that Barca had beaten United in the final after a 2-0 win in Rome two years before.Barcelona had breached the United defence on several occasions during the first half but went into the break surprisingly on level terms after Pedro’s 27th-minute...
PREMIER LEAGUE・2 HOURS AGO
LFCTransferRoom

Liverpool have given a potential nod towards two potentially surprise inclusions in the starting XI for the UEFA Champions League final meeting with Real Madrid.
PREMIER LEAGUE・40 MINUTES AGO