This Is the Biggest Comeback in Music History 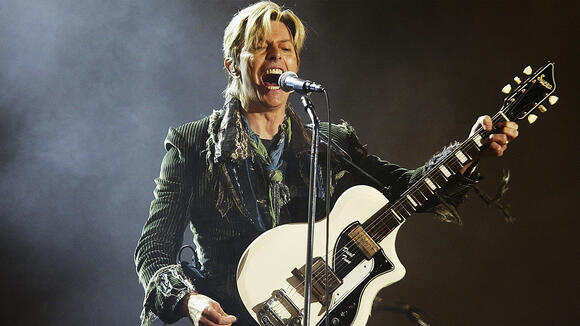 Many of the most famous and successful singers and bands have uninterrupted success that can go on for decades. The Rolling Stones began their run in 1962. Bob Dylan's career has lasted almost 60 years. This is not new. Singer and actor Bing Crosby's success ran from 1926 until he died in 1977.

On the other hand, some well-known singers have careers that are successful but only for a limited time. There are lucky few who emerge from relative obscurity to be successful again.

For some music artists, it has taken a lot longer than a few months to get back on top. To determine the biggest comeback in music history, 24/7 Tempo identified the artists with the longest periods between singles consequently entering the American Top 40 chart. That is, the top 40 spots on the Billboard Hot 100 popular singles chart.

To be considered, an artist’s “comeback song” had to be a new release at the time it entered the chart. Older releases that became popular again years later were not included. Songs on which an artist was prominently featured, though not the headliner, are considered to be one of that artist’s hits if they are listed under the artist’s name by Billboard.

In the music industry, it is not uncommon for artists who had a string of hits to suddenly lose an audience, such as British Invasion groups like the Dave Clark Five, because of the whims of the teenage audience. Other artists fell out of favor because tastes change, or they hit a creative roadblock and did not produce material that excited the public.

Some persevered by recreating their image or collaborating with younger performers to regain the spotlight. An example of the latter is country singer Billy Ray Cyrus. He had a solo hit with “Achy Breaky Heart” in 1992, and in 2008, he had a comeback hit with the song, “Ready, Set, Don’t Go,” with an assist from his daughter Miley. He was part of another smash hit in 2019 on the remix of “Old Town Road” by Lil Nas X.

The biggest comeback in music history is David Bowie. Here are the details:

Click here to see all the biggest comebacks in music history.

Kate Hudson has realized one of her dreams and has taken to Instagram to share the incredible news with her 15 million followers. Sharing two pictures of her looking casual in a pair of baggy dip-dyed trousers and a white tank top, and singing into a microphone, the actress announced a surprising career change.
CELEBRITIES・21 DAYS AGO
Daily Mail

Katy Perry reacted quite hilariously to a Top 11 contestant on American Idol during a unique song challenge on Monday night's episode. Each of the remaining contestants were given a song to perform by each judge - Perry, Lionel Richie and Luke Bryan - with the singer selecting one and then tasked with guessing which judge picked that song for him or her.
MUSIC・21 DAYS AGO
HOLAUSA

Demi Moore and Emma Heming are the epitome of love and respect. On Tuesday, Moore shared a beautiful photo with her ex-husband Bruce Willis at the Cannes Film Festival in 2003, and a lot of people have shown love in the comments, like Emma, who called it...
CELEBRITIES・38 MINUTES AGO
NewsChannel 5 WTVF

Nashville biking event Tour de Nash returns for its 18th annual urban bike ride on Saturday. Interested riders must register ahead of time because day-of registration will not be available.
NASHVILLE, TN・41 MINUTES AGO