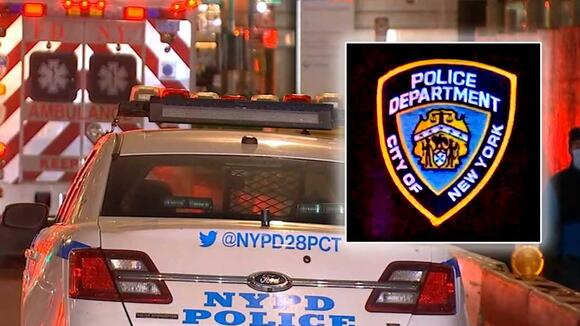 New York politicians are weighing in on, Mayor Eric Adams's 16-page blueprint to combat gun violence. The intricate plan was rolled out on Monday , and comes amid a rising tide of crime, including the shooting of two police officers Friday in Harlem. It aims to target the city's worst neighborhoods with a non-uniformed anti-crime unit, rebranded as "Neighborhood Safety Teams." "Gun violence is a public health crisis," said Adams. "There is no time to wait. We must admit the sea of violence comes from many rivers, we must dam every river that feeds this greater crisis." The plan also calls for gun checkpoints at Port Authority locations, more officers on patrol, improved outreach for the homeless and mentally ill, and more jobs for young people. ALSO READ | MTA officials address alarming rise in crime, promise more uniformed officers on platforms

"New Yorkers will see and feel these changes quickly," said Adams. "We will ramp up enforcement, deploy more officers on the streets and in the subways, and get our courts at full capacity. And we will invest in longer-term prevention as well." The new safety teams will get more training and oversight than the anti-crime unit had in the past, while being deployed to the 30 highest crime precincts, Adams said. Those 30 precincts are where the mayor says 80% of the city's crime is happening. The plainclothes officers will still wear identifiers while working to get guns off the streets. At a press conference in Harlem Tuesday Public Advocate Jumaane Williams said he does see a lot of good in the plan, but he also has some concerns. "I haven't seen anything right now data wise that says why we need to be addressing raise the age, why we need to be addressing bail reform," said Williams. Adams said his office is working on getting the numbers to show the correlation between raise the age and the uptick in criminal gun charges among minors. Meanwhile at a separate press conference Democratic gubernatorial candidate and Congressmember Tom Suozzi from Nassau County said there's no daylight between him and mayor Adams. "I support his agenda to address crime here in New York City one hundred percent," said Suozzi. Willams also took a shot at Congressmember Suozzi for his positions. Both are running for governor, and both took swings at Governor Hochul saying she could do more to address the violence. Meanwhile the governor and mayor are presented a more united front than previous city and state administrations saying they are committed to working together against gun violence. The mayor unveiled his plan Monday after meeting with several crisis management groups that help fight gun violence on the community level. That meeting was scheduled after an 11-month-old baby girl was struck by a stray bullet in the Bronx. It was held days after a shooting in Harlem that left two young police officers and the suspect dead. ---------- * Get Eyewitness News Delivered * More New York City news * Send us a news tip * Download the abc7NY app for breaking news alerts * Follow us on YouTube

This guy has no idea what he is doing. Just because he was a cop doesn’t mean anything. He got elected because he was a former cop and people felt he would stop all the violence. Mmmmmmm. How is that working for you.

He was useless as a cop and a boss . Anyone could copy a condensed patrol guide on both thighs and 20 bathroom breaks over a three hour period . Yeah no qualified Immunity how do expect police work to be done ?? First young mutt buys it . The cops fault .

One would think that a former NYPD officer would know this will only lead to more people of color being harassed and police officers hurt. Is this ‘Stop and Frisk,’ reframed? NYC is in trouble!

Transport Workers Union Local 100 officials said bus operators are tired of being treated like punching bags, and they detailed the changes they want during the event outside the Kingsbridge Bus Depot in Inwood.
NEW YORK CITY, NY・22 HOURS AGO
ABCNY

The arrests were part of Operation Long Island Wave, and those arrested were wanted for offenses including homicide, attempted murder, narcotics, weapons offenses, robbery and assault.
CENTRAL ISLIP, NY・33 MINUTES AGO
ABCNY

Mayor Eric Adams and other faith leaders held a vigil at Bethel Gospel Assembly Church in Harlem Monday evening honoring the victims of the attack.
2 DAYS AGO

Happy the elephant has lived at the Bronx Zoo for 45 years, but the New York State Court of Appeals will now decide if she is a person.
NEW YORK CITY, NY・8 HOURS AGO
ABCNY

COVID isn't over. One example is the fact that some 20 New York City judges are now COVID positive after they attended a retreat in Montauk last weekend, according to published reports.
NEW YORK CITY, NY・3 HOURS AGO

An on-duty EMT was shot in the back of an ambulance by a drunk and disorderly patient Wednesday night, according to police.
STATEN ISLAND, NY・17 HOURS AGO
ABCNY

A 20-year-old was shot in face and killed after meeting with alleged motorcycle sellers under the Deegan Expressway.
BRONX, NY・17 HOURS AGO
ABCNY

The Supreme Court is set to rule on a case that could transform the landscape of what guns are legally allowed to be carried in New York.
NEW YORK CITY, NY・2 DAYS AGO

A man has been arrested and charged for the brutal murder of a 60-year-old pawn shop owner in Queens.
QUEENS, NY・17 HOURS AGO
ABCNY

Two people were found dead in a burning car in the Bronx were both fatally shot, and a double murder investigation is now underway.
BRONX, NY・11 HOURS AGO

This week's MTA heroes are the workers who are responsible for helping us all navigate the city's transit system.
NEW YORK CITY, NY・1 DAY AGO