Microsoft Just Delivered a Knockout Punch to the PlayStation 5

Microsoft (NASDAQ: MSFT) shook Wall Street when it announced the acquisition of video game publishing giant Activision Blizzard (NASDAQ: ATVI) for a whopping $68.7 billion on Tuesday, but a rival felt the tremors when the maker of the Xbox consoles revealed its proposed acquisition.

Shares of Sony (NYSE: SONY) plunged 7% on Jan. 18 when Microsoft announced the deal, followed by a 5% drop on Jan. 19. Sony investors are spooked at the proposition of Microsoft owning Activision Blizzard . That's not surprising as Sony's PlayStation 5 (PS5) could lose some major gaming titles to Microsoft's Xbox once the deal closes in fiscal 2023. 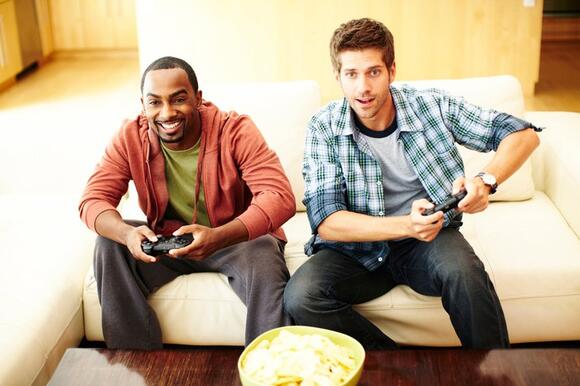 The PlayStation 5 may be in trouble

Activision Blizzard owns several popular gaming titles, including Call of Duty , Diablo , Overwatch , Crash Bandicoot , and World of Warcraft . Sony investors fear that Sony could lose access to some of these popular titles if Microsoft decides to make them exclusive to the Xbox.

Phil Spencer, the CEO of Microsoft Gaming, points out that Activision's "games are enjoyed on a variety of platforms, and we plan to continue to support those communities moving forward." However, history suggests otherwise. Microsoft spent $7.5 billion to acquire ZeniMax Media in September 2020, which gave it access to Bethesda Softworks -- a video gaming studio that publishes popular titles such as Wolfenstein , The Elder Scrolls , Fallout , and Doom , among others.

With the addition of the Bethesda creative teams, gamers should know that Xbox consoles, PC, and Game Pass will be the best place to experience new Bethesda games, including some new titles in the future that will be exclusive to Xbox and PC players.

True to Spencer's words, Bethesda's Elder Scrolls VI and Starfield became Xbox exclusives and are set to give the PS5 a miss.

Now that Microsoft is in the process of acquiring Activision, Sony investors fear that popular titles from the gaming studio won't see the light of the day on the PS5 if they become Xbox exclusives. That's a genuine concern, as recent history tells us that the exclusivity of popular gaming titles to the Xbox platform could help Microsoft snatch potential PS5 customers.

Why Microsoft may twist the knife

Video game manufacturers don't make money from the hardware that they sell. The Xbox Series X reportedly costs $500 to manufacture, while the bill of materials of a PS5 reportedly stands at $450. Given that the Xbox Series X and the PS5 are  priced at roughly $500, the two consoles rely on sales of gaming titles and subscriptions to turn a profit.

That's why console manufacturers such as Sony and Microsoft try to lure as many gamers as possible onto their platforms. A primary strategy is offering a compelling game library since that unlocks a regular stream of revenue from downloadable content and in-game purchases.

Microsoft is also aiming to strengthen its Xbox Game Pass video game subscription services with its acquisitions, as evident from comments in a press release written by Spencer after the Activision acquisition was announced.

The addition of exclusive titles to the Xbox Game Pass should ideally make Microsoft's video game subscription service more attractive and help the tech giant sell more consoles. Sony's video game subscription service, PlayStation Plus, had 47.2 million subscribers in September 2021. However, Sony had lost subscribers, as PlayStation Plus had 47.6 million active members at the end of March 2021.

Meanwhile, the Xbox Game Pass had 18 million subscribers a year ago. And now that Microsoft is on its way to expanding its gaming library thanks to Activision, it could sustain the impressive growth of its gaming subscription service. Sony, on the other hand, may find it difficult to grow its PlayStation Plus subscriber base.

Difficult times ahead for Sony

Sony's PS5 sales are already hamstrung by a component shortage. The company has lowered its PS5 production outlook for the current fiscal year by 1 million units to 15 million, and it may find it difficult to hit its fiscal 2023 sales target of 22.6 million PlayStations.

This doesn't bode well for Sony considering that its fiscal 2022 revenue is expected to be nearly flat as compared to the previous year at $85.5 billion. The Japanese giant's earnings are expected to drop 32% this fiscal year to $6.03 per share. Analysts expect a pick up in Sony's top and bottom lines in fiscal 2023, forecasting a 5.8% increase in sales and an 11% increase in earnings. However, as gaming console hardware and software sales account for nearly 27% of Sony's revenue, any weakness in PS5 sales would be bad news for Sony.

Microsoft's revenue and earnings, on the other hand, are expected to increase in the mid-teens in fiscal years 2022 and 2023, though the momentum in the video game segment could help it do better. In addition to the smart move, with the company holding nearly 16 times the market cap of Sony, the underdog might not have the pocketbook to compete. That's why Microsoft looks like the better pick for growth investors right now.

Teresa Kersten, an employee of LinkedIn, a Microsoft subsidiary, is a member of The Motley Fool's board of directors. Harsh Chauhan has no position in any of the stocks mentioned. The Motley Fool owns and recommends Activision Blizzard and Microsoft. The Motley Fool has a disclosure policy .

Looks like I have to support Sony even harder. Sony has always been in my life since I was a kid. I never chose Xbox over Sony. I even like the customer service because they always help me when I have issues and they are nice and respectful. In my opinion, Sony is far better and deliver higher quality games. I’m sticking to PlayStation.

microsofts entire business model for the xbox now is buying up all the games that people enjoy so they are forced to play them on an xbox. because Microsoft cant make games people actually want to play

I'll stick with playstation anyway. i don't trust the back doors Microsoft implements into their software

The operational diversity of this $1.9 trillion tech giant makes it a great investment in tough times.
STOCKS・11 HOURS AGO
electrek.co

As part of a lawsuit between shareholders and Elon Musk regarding his “funding secured” tweet, new text messages and emails between Musk and people involved have been released. The communications pretty much confirmed how most people saw the situation: Elon Musk took a meeting with the head of...
BUSINESS・23 DAYS AGO
The Motley Fool

Unsurprisingly, both are stablecoins.
STOCKS・1 DAY AGO
inputmag.com

Elon Musk, the world’s wealthiest man, who thinks tunnels are immune to natural disasters, is purchasing Twitter. The company confirmed on Monday afternoon that it had accepted the billionaire’s offer. “Twitter, Inc. today announced that it has entered into a definitive agreement to be acquired by an entity wholly owned by Elon Musk, for $54.20 per share in cash in a transaction valued at approximately $44 billion,” reads the official press release. “Upon completion of the transaction, Twitter will become a privately held company.”
BUSINESS・23 DAYS AGO

Dorsey, who was CEO of the company until November 2021, took to the platform to pen his thoughts on the new changes.
BUSINESS・22 DAYS AGO
The Motley Fool

These stocks have been heavily sold off, but their long-term prospects are fantastic.
STOCKS・1 DAY AGO
itechpost.com

They're all available for bargain prices right now.
STOCKS・2 DAYS AGO

Bitcoin and Ethereum have what it takes to bounce back.
STOCKS・1 DAY AGO
The Motley Fool

Despite inflation and supply chain challenges, the stock is trading at an ideal level for long-term investors.
STOCKS・1 DAY AGO
The Motley Fool

Prime Video is a much stronger contender than you may think.
TV & VIDEOS・12 HOURS AGO

This Semiconductor Stock Could Go Parabolic

Solid results and healthy guidance could send this stock soaring.
STOCKS・6 HOURS AGO
The Motley Fool

3 Tech Stocks That Could Help Set You Up for Life

Accenture, TSMC, and Alphabet are all great long-term investments.
STOCKS・7 HOURS AGO
The Motley Fool

Here's Why Smart Investors Should Wait to Buy Apple Stock

Apple is a world beater, but I'd wait to buy this stock for now.
STOCKS・10 HOURS AGO
The Motley Fool

Down 25%, Is It Safe to Invest in the Nasdaq Right Now?

Is the Nasdaq too cheap to ignore?
STOCKS・9 HOURS AGO
The Motley Fool

I Canceled Netflix After 15 Years. That's Bad News for the Stock.

What was once a no-brainer subscription is now easy to give up.
TV & VIDEOS・4 HOURS AGO
The Motley Fool

Here's where the smart money is putting its capital today.
STOCKS・10 HOURS AGO
The Motley Fool

The former Amazon CEO had some choice words for the Biden administration.
BUSINESS・9 HOURS AGO