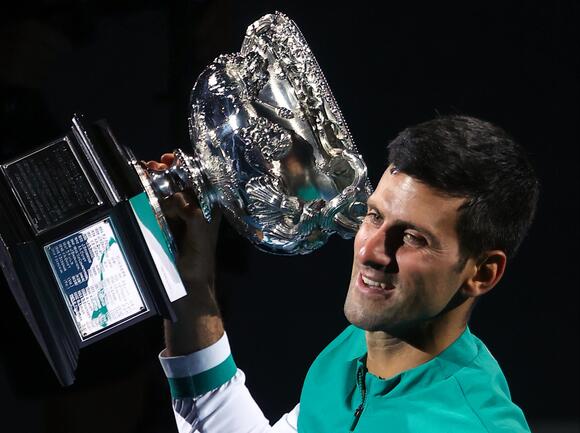 Novak Djokovic has been told that he is “not bigger” than the Australian Open after the Serbian’s visa saga and subsequent deportation ahead of the 2022 tournament.

Djokovic’s visa was revoked by the Australian government after he admitted to knowingly breaking isolation rules after a positive test in the weeks before the first Grand Slam of the year, and that false information had been included on his immigration forms on entry to the country.

The 20-time Grand Slam winner and three-time defending champion had seemed set to get the chance to target a tenth title in Melbourne having received a medical exemption as an unvaccinated player, but was deported the weekend before his scheduled

Long-time rival Rafael Nadal , who also has 20 major titles, has said that the “consequences” of Djokovic’s “decisions” could have been avoided if he had chosen to be vaccinated.

That is an opinion shared by Dan Andrews, the Premier of Victoria, who said the rules for entry into his state were made perfectly clear to all competing, accusing Djokovic of believing himself to be bigger than the event.

“Rafa [Nadal] had it right. It could all have been avoided if he just got vaccinated, and that fellow [Djokovic] might think he’s bigger than the tournament. He’s not. That is why the tournament is happening without him, and it’s a great success.

“To [Tennis Australia CEO Craig] Tiley and all of his team, I wish them well as they enter the second week. This is a major event. It is the biggest thing in tennis in the first quarter of every year. Melbourne, London, New York and Paris are connected by some things. One of them is tennis, Grand Slam tennis.

“This event is much bigger than any one person. There was one person who thought differently, he’s not in the country, and the tournament is happening, so that is fantastic.”

Tiley has suggested that Djokovic could be permitted to play in next year’s edition of the Australian Open, despite a ruling of deportation theoretically leaving the 34-year-old unable to receive a visa for a three-year period.

Djokovic, Nadal and Roger Federer are tied on 20 Grand Slam singles titles each, the record career tally for a male tennis player.

With Federer also absent from the tournament in Melbourne after undergoing knee surgery last year, Nadal is the sole member of the trio competing at the 2022 Australian Open.

The Spaniard advanced to the semi-finals of the tournament with a five-set victory over Denis Shapovalov on Tuesday.

He will face either Gael Monfils or Matteo Berrettini for a place in the final.

Four-time Formula One world champion Sebastian Vettel is set to have a “disastrous” Spanish Grand Prix this weekend, Ralf Schumacher has warned.Vettel’s team, Aston Martin, has dropped towards the back of the grid this season after struggling with F1’s new car regulations.Schumacher, a former F1 driver, has previously slammed Aston Martin’s 2022 car as a “disaster” and the team are only above Williams in the constructors standings.Vettel’s own season was not helped by missing the opening two races of the campaign after testing positive for Covid-19, and the German has finished in the points just once so far, which came...
MOTORSPORTS・32 MINUTES AGO