All sports news from Miami, including the Heats, Dolphins, Marlins and more 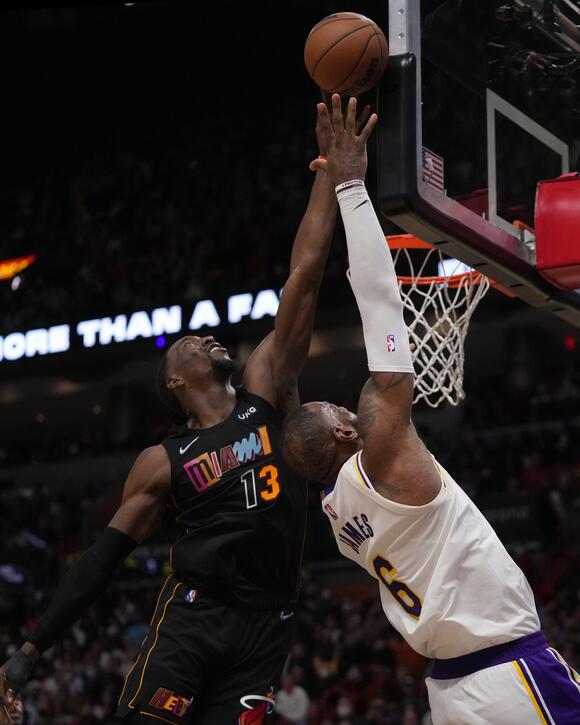 It’s been anything but easy for LeBron James in Los Angeles this season, and Sunday Night in Miami was no different. Despite his team trailing for most of the evening, LeBron James still made sure the crowd was aware his game wasn’t the problem, flexing after a dunk at one point cutting the Lakers deficit to 22 points.

Later in the game? Holding up six fingers to let the crowd know he knew Bam Adebayo had just picked up his sixth foul in the game.

The antics weren’t enough, however, as the late rally for the Los Angeles Lakers Sunday night wasn’t enough to keep the Heat from their 30th win of the season. For LA, it was their 24th loss of the season knocking them to a game under .500 and staying put at 8th in the Western Conference.

Listen to Hoch and Crowder discuss LeBron’s antics in a loss + the Heat’s impressive win:

Tiger Woods struggled to keep a calm head at the PGA Championships, losing his cool in an altercation with a cameraman. The golf legend didn’t have the best of starts on the opening day, stumbling to a 74 which is his worst start to a PGA since 2015. Woods...
GOLF・1 DAY AGO

All sports news from Miami, including the Heats, Dolphins, Marlins and more