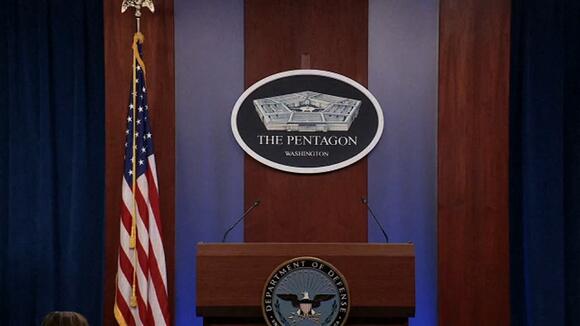 The Defense Department placed 8,500 U.S.-based troops on heightened alert for deployment to Europe in response to the escalating crisis with Russia over Ukraine. Could some of those troops come from Fort Bragg? The public information officer at the Army post said Bragg is not commenting on any troop deployment. In any case, Defense Secretary Lloyd Austin has placed the troops on "heightened alert" for rapid deployment to assist NATO if needed. RELATED: Why does Russia want Ukraine? According to CNN, the Biden administration was in the final stages of identifying specific military units it wants to send to eastern Europe. The move comes amid rising tensions about Russia's military buildup on its border with Ukraine that were not eased during talks Friday between U.S. Secretary of State Antony Blinken and Russian Foreign Minister Sergey Lavrov in Geneva. At stake, beyond the future of Ukraine, is the credibility of a NATO alliance that is central to U.S. defense strategy but that Putin views as a Cold War relic and a threat to Russian security. For Biden, the crisis represents a major test of his ability to forge a united allied stance against Putin. Russia denies it is planning an invasion. It says Western accusations are merely a cover for NATO's own planned provocations. Recent days have seen high-stakes diplomacy that has failed to reach any breakthrough, and key players in the drama are making moves that suggest fear of imminent war. Biden has sought to strike a balance between actions meant to deter Putin and those that might provide the Russian leader with an opening to use the huge force he has assembled at Ukraine's border. Biden held an 80-minute video call with several European leaders on the Russian military buildup and potential responses to an invasion. "I had a very, very, very good meeting -- total unanimity with all the European leaders," Biden told reporters at the White House. "We'll talk about it later." The White House said the leaders emphasized their desire for a diplomatic solution to the crisis but also discussed efforts to deter further Russian aggression, "including preparations to impose massive consequences and severe economic costs on Russia for such actions as well as to reinforce security on NATO's eastern flank." A day earlier, the State Department had ordered the families of all American personnel at the U.S. Embassy in Kyiv to leave the country, and it said that nonessential embassy staff could leave at U.S. government expense. Ukraine's Foreign Ministry spokesman, Oleg Nikolenko, said that U.S. decision was "a premature step" and a sign of "excessive caution." He said Russia was sowing panic among Ukrainians and foreigners in order to destabilize Ukraine. Britain said it, too, was withdrawing some diplomats and dependents from its Kyiv Embassy. Prime Minister Boris Johnson said an invasion was not inevitable but "the intelligence is pretty gloomy." Ordering even a modest number of American troops to be ready for potential deployment to Europe is meant to demonstrate U.S. resolve to support its NATO allies, particularly those in Eastern Europe who feel threatened by Russia and worry that Putin could put them in his crosshairs. "What this is about is reassurance to our NATO allies," Kirby told a Pentagon news conference, adding that no troops are intended for deployment to Ukraine, which is not a member of the alliance but has been assured by Washington of continued U.S. political support and arms supplies. The Associate Press contributed to this report.

The brigade said it hit the base of the Russian command staff and destroyed a military SUV marked "Z," killing several enemy soldiers in the process.
MILITARY・19 HOURS AGO
The Independent

Vladimir Putin is so popular in Russia that he has the “political space” to withdraw his forces from Ukraine, said Boris Johnson.The prime minister said the Russian president still has “massive backing” from his own people despite international outrage over the invasion.“The Russian public overwhelming back Putin,” Mr Johnson told Talk TV. “Therefore he has the political margin for manoeuvre from within Russia … Putin has far more political space to back down, to withdraw.”The PM added: “There could come a point when he could say to the Russian people, ‘The military-technical operation that we launched in Ukraine has...
POLITICS・28 DAYS AGO
HuffPost

International order will be thrown out the window if Russia is able to escape consequences over its invasion of Ukraine, US Gen. Mark Milley told CNN.
POLITICS・28 DAYS AGO
WashingtonExaminer

A plethora of downright bizarre scientific research from the Department of Defense previously kept under wraps has been uncovered, revealing an array of peculiar schemes proposed by the United States military. One outlandish proposal suggested detonating nuclear bombs on the moon to create a tunnel through it. Millions in taxpayer dollars were spent on the research, which appears to have relied on a contractor, Bigelow Aerospace Advanced Studies, which was owned by multi-millionaire Robert Bigelow, a hotel impresario. The public was kept in the dark until now regarding what research was being funded.
ASTRONOMY・28 DAYS AGO
Washington Examiner

Russian President Vladimir Putin on Monday accused Western intelligence services, specifically the CIA, of advising Ukraine on how to assassinate a senior Russian propagandist, Vladimir Solovyov. While Putin said his Federal Security Service disrupted the plot against Solovyov, the evidence for the plot's existence is far from convincing. After all,...
POLITICS・29 DAYS AGO
Newsweek

"This should never have been allowed to occur to my colleague," Representative Matt Gaetz said about the legal challenge seeking to disqualify Greene.
GEORGIA STATE・29 DAYS AGO

Rep. Marjorie Taylor Greene (R-GA) speaks to supporters of former U.S. President Donald Trump at the Banks County Dragway on March 26, 2022 in Commerce, Georgia. This event is a part of Trump's Save America Tour around the United States. (Megan Varner/Getty Images) On Monday, CNN's Andrew Kaczynski and Em...
COMMERCE, GA・29 DAYS AGO
Vice

A dangerous mix of increasing international conflict, global climate change, and a lack of governmental efforts to fix either could be leading the world to an era of unprecedented destruction. That’s the thrust of a new report from Stockholm International Peace Institute (SIPRI), a European think tank focused on peace.
FOOD & DRINKS・1 DAY AGO
97.1 FM Talk

In an interview with Russian TV, Sergei Lavrov said that Russia is essentially at war with NATO. This rhetoric has some worried that Russia may use nuclear weapons in Ukraine. Lt. Col. Dakota Wood weighed in on the likelihood of this happening.
POLITICS・28 DAYS AGO
Business Insider