Wall Street’s ‘fear gauge’ is on track for its sharpest rise to start a year ever as stocks tumble on inflation, Fed worries 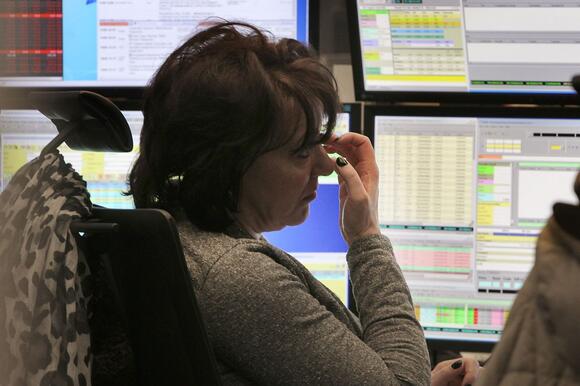 The Cboe Volatility Index, or VIX, also known as Wall Street’s fear gauge—is on track for its sharpest gain to start a year on record and its biggest monthly surge since the COVID pandemic took hold two years, as anxieties about Federal Reserve policy, surging inflation and the economic rebound from the viral epidemic converge to knock risk assets decidedly lower.

Check out: Is the market crashing? No. Here’s what’s happening to stocks, bonds as the Fed aims to end the days of easy money, analysts say

The VIX (VIX) was trading nearly 98% higher so far in January, which would mark its sharpest monthly gain, if the advance holds, since the a 112% surge in February of 2020, FactSet data show.

The monthly gain also was set to be its third-largest on record.

The index is based on volatility expectations of options on the S&P 500 in the coming 30 days and tends to rise when stocks are falling and decline when stocks climb. The index tends to see a surge when markets face a sharp decline. It hit an record of 82.69 on March 16 in 2020, when fears about the COVID panic were at an apex in U.S. markets.

Check out: Stocks Plunge, Bitcoin’s Slide Deepens—and What Else Is Happening in the Stock Market Today

Fears on Monday were pegged to a confluence of events, including a Federal Reserve meeting on Tuesday and Wednesday, in which the central bank is expected to shed more light on its tactics for combating a surge in inflation. Mounting tensions between Russia over the military buildup on the border with Ukraine also has market concerns riding higher.

Against the backdrop, the S&P 500 index (SPX) was plunging toward its first correction since February of 2020, as the Dow Jones Industrial Average (DJIA) and the Nasdaq Composite Index (COMP) also fell precipitously during a volatile period in equity trading to start 2022.

Equity markets had enjoyed a series of all-time highs until earlier this year, as the Fed signaled more clearly that it would tighten policy faster and more significantly as it wrestles with too-hot inflation.

I am 33 years old, I currently make just over $120,000 a year, including an annual bonus, and my company has gifted me with around $300,000 in equity in the firm, although our stock is brand new, so it is constantly swinging up and down. I put around 6% toward a 401(k) and another 4% toward personal savings, investments and emergency cash.
STOCKS・2 DAYS AGO
MarketWatch

MILLIONS of Americans are set to receive Social Security checks worth up to $1,657 tomorrow. The cash boost will come just 48 hours before Supplemental Security Income payments, worth up to $841, are set to land in around eight million bank accounts on April 29. Seniors with birthdays on the...
BUSINESS・24 DAYS AGO

Tesla CEO Elon Musk said this week that the U.S. must "stop the infighting" in order to be competitive with China, warning that the world's second-largest economy will someday dwarf America's output. "What we’re going to see with China, for the first time that anyone can remember who is alive,...
ECONOMY・2 DAYS AGO
Business Insider

Indonesia accounts for about half of the world's supply of palm oil — the world's most widely used vegetable oil.
INDUSTRY・25 DAYS AGO
WashingtonExaminer

Australian Prime Minister Scott Morrison warned China and the Solomon Islands against allowing a Chinese naval base on the islands, saying it was a "red line."
POLITICS・24 DAYS AGO
Entrepreneur

This is an important segment of the population with purchasing power that is practically ignored by advertising campaigns.
ECONOMY・23 DAYS AGO
MarketWatch

COLOMBO, Sri Lanka (AP) — Sri Lankan authorities on Friday closed schools and asked public officials not to come to work in a desperate move to prepare for an acute fuel shortage that is expected to last days amid the nation’s worst economic crisis in decades. The Public...
ASIA・3 HOURS AGO
Reuters

May 20 (Reuters) - A few months after holding a Winter Olympics as memorable for its extreme anti-COVID-19 measures as the competition, China has all but given up hosting international sporting events while it battles fresh outbreaks around key cities. On Sunday, China surrendered hosting rights for next year's Asian...
TENNIS・47 MINUTES AGO