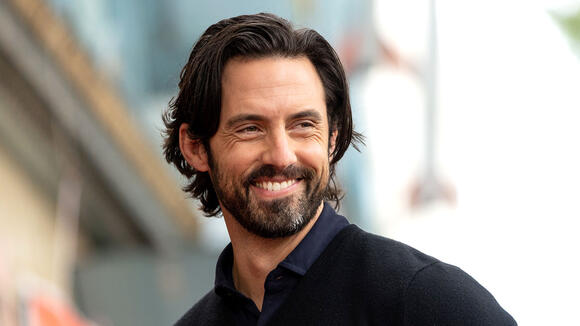 Milo Ventimiglia is looking to stay in business with NBC after the conclusion of This Is Us .

The actor and his DiVide Pictures banner have sold drama script Hometown Saints to the network. The project is produced by 20th Television, the Disney-backed studio behind This Is Us and where DiVide is housed with an overall deal.

Hometown Saints revolves around Billy Riedell, a retired hockey player who struggles to figure out who he is now that his career is over. He ends up back in his hockey-crazed Minnesota hometown, reluctantly coaching a girl’s high school team.

Grainne Godfree and Derek Elliott will pen the script and exec produce alongside DiVide’s Ventimiglia and Russ Cundiff. The company’s Deanna Harris will produce.

Godfree most recently served as a consulting producer on Marvel’s upcoming Disney+ series, Secret Invasion, starring Samuel L. Jackson. Her credits include seven seasons of The CW’s DC drama Legends of Tomorrow, where she rose up to exec producer. She recently developed The Inheritance Games at Amazon and penned Duende for Netflix.

Elliott penned Klein, the 2019 Black List script that is in the works with Garrett Hedlund and Abbey Lee attached to star. He also has a screenplay by credit on the animated feature Scoob .

DiVide is repped by Verve and Mckuin Frankel Whitehead.

On a night when Cannes opened its 75th milestone festival by focusing on serious global tragedies, the audience got a reprieve with Michel Hazanavicius’ zombie comedy Final Cut. The movie, which The Hollywood Reporter reviewer Jordan Mintzer called “clever and giddily entertaining,” screened to steady laughter in the 2,000-seat Lumieré Theatre and earned a solid four-minute standing ovation.More from The Hollywood ReporterCannes Diary: Is Masking Up the Biggest Fashion Faux Pas at the Fest This Year?Cannes Market to Put Cinema's COVID Rebound to the TestCannes: Donnie Yen to Star in Chinese Tentpole 'Sakra' (Exclusive) The film was previously titled Z, but Hazanavicius changed its...
MOVIES・3 DAYS AGO
The Hollywood Reporter

Tom Cruise still goes to the movies — “I put my cap on,” he said — and he wants audiences to keep going, too. Prior to Top Gun: Maverick making its Palais debut at the Cannes Film Festival,  Cruise sat down for what was billed as a “MasterClass Conversation” with French journalist Didier Allouch in the festival’s 1,000-seat Debussy Theatre, which was packed with apparent Cruise aficionados.More from The Hollywood ReporterTom Cruise and 'Top Gun: Maverick' Touch Down in Cannes With Fighter Jets, Surprise Palme d'OrHow Kinostar Has Been Turning Niche Audiences Into Big Business for 25 YearsCrypto Craze Hits Cannes...
MOVIES・2 DAYS AGO
Popculture

One of the stars of This Is Us is on the move to a new network in advance of the show's series finale. Deadline reported in March that Chris Sullivan, who plays Toby on the NBC series, will headline a comedy pilot for ABC. His new show is set to be titled The Son In Law.
TV SERIES・24 DAYS AGO

Robin Roberts got emotional as she opened up about her relationship with partner Amber Laign, especially in the midst of a challenging health battle. The Good Morning America star made an appearance on The Ellen DeGeneres Show to promote her new book, Brighter By the Day. VIDEO: Robin Roberts enjoys...
CELEBRITIES・25 DAYS AGO
Hello Magazine

Netflix has canceled another one of its major shows, with this one getting the ax after only two seasons. Variety reports that hit sci-fi drama Raising Dion has been dropped by the streamer, following its recent season debut. The news seems to have been revealed by series star Sammi Haney, who shared the news with fans on Instagram. "Sad to say that Raising Dion is CANCELED [sic] Thank you for all of the amazing support we got from all of our wonderful fans!" Haney wrote, in part. "Season 2 was a success, equal to Season 1, even if just looking at how many people watched all of it and wanted a season 3!"
TV SERIES・24 DAYS AGO
ComicBook

After weeks of silence, Chris Rock has finally addressed his now-infamous incident with Will Smith at March's 94th Annual Academy Awards. During another sold-out show at Baltimore's Lyric Performing Arts Center on Friday, Rock directly referenced the slap, but only spent a second on it before moving on with his set.
BALTIMORE, MD・26 DAYS AGO

Flo Milli is setting some boundaries. The Alabama native is known for hits like "In The Party," "May I," and "Not Friendly," and while she loves to see fans in the audience having a good time and turning up at her shows, she's not impressed with watching them snort lines from up on stage.
CELEBRITIES・26 DAYS AGO
Hello Magazine

Gwyneth Paltrow is a doting mom to two teenage children, Apple and Moses, who she shares with ex-husband Chris Martin. The family are notoriously private, but over the weekend the award-winning actress gave a rare insight into their upcoming plans - and how they are changing things up this year for Mother's Day.
FAMILY RELATIONSHIPS・24 DAYS AGO
hotnewhiphop.com

It seems Coi Leray is getting fed up with the drama. She and her father, Benzino, have not seen eye to eye for quite some time, and despite numerous attempts to mend their relationship, they keep ending up back at square one. Yesterday, 50 Cent, whose been feuding with Benzino...
CELEBRITIES・26 DAYS AGO
bravotv.com

Porsha Williams and her fiancé, Simon Guobadia, have been busier than ever planning their upcoming nuptials, as The Real Housewives of Atlanta: Porsha's Family Matters couple previously opened up about "going big" on their special day. Now, Porsha is giving a glimpse at her bridal party ahead of her...
ATLANTA, GA・24 DAYS AGO

90 Day Fiancé: Before the 90 Days star Johnny Chao is showing off a new look on social media. The reality TV star rocked a fresh-faced look on the show. However, Chao debuted some new facial hair in his most recent post on Instagram. More specifically, he grew a beard and mustache.
TV & VIDEOS・24 DAYS AGO
Popculture

Spring is always a big time for engagements and weddings, and two beloved internet personalities are the latest to update their relationship status. On April 18, Rachel "Seltzer" Quirico revealed she and longtime boyfriend Trevor "TorcH" Housten were tying the knot after 17 years together. Both of them are beloved figures in the esports world, with Seltzer notably starring in the Syfy reality show WCG Ultimate Gamer. She's also hosted numerous esports tournaments and events for TV/streaming outlets; she also made a recent appearance on G4 TV's Boosted.
RELATIONSHIP ADVICE・24 DAYS AGO
The Hollywood Reporter

The Wonder Twins have been deactivated. The DC-based feature project, which was to have begun production in early July, has been shelved, according to multiple sources.More from The Hollywood ReporterFrank Grillo Horror-Thriller 'Merciless' Among New Additions to Sentient's Cannes SlateChina Eyes "Restart" of International Cooperation Post-PandemicBuenos Aires Launches International Film Production Rebate The project was being developed as a feature for HBO Max and had Riverdale star KJ Apa and 1883 actress Isabel May on board to star. Adam Sztykiel, who worked on the script for Dwayne Johnson’s upcoming Black Adam, wrote the Wonder Twins script and was due to direct. Sources say...
MOVIES・2 DAYS AGO

Universal is taking a triple shot of Jason Momoa. The studio has picked up Shots! Shots! Shots!, an action-comedy from scribes Matt Mider and Kevin Burrows that has Momoa attached to star.More from The Hollywood ReporterJason Momoa Apologizes After Posting Photos at Sistine Chapel During Break From 'Fast X' ShootJason Momoa to Star in 'Minecraft' Movie for Warner Bros.Oscars: Jason Momoa, Serena and Venus Williams Added to Presenter Lineup Momoa will also produce the feature project with partner Jeff Fierson along with Dan Lin and Jonathan Eirich of Rideback, the banner behind the billion-dollar-grossing live-action Aladdin and Oscar-nominated drama The Two Popes. The story...
MOVIES・1 DAY AGO
The Hollywood Reporter

The Cannes Film Festival literally kicked into overdrive (overflight?) on Wednesday as Tom Cruise and his Top Gun: Maverick team touched down on the Palais for a high-octane premiere that included eight fighter jets zooming above the event, expelling smoke in red and blue to match the colors of the French flag. The actor was already destined to be the biggest draw of Cannes 2022 long before he hit the Croisette, where Top Gun: Maverick is getting splashy promotion by Paramount ahead of its global rollout on May 25. But even by the festival’s own standards, Cruise received the sort of rapturous...
MOVIES・2 DAYS AGO
The Hollywood Reporter

Call it Stan Lee: Homecoming. In a unique deal, Stan Lee, the beloved co-creator of Spider-Man, Avengers and Hulk who died in 2018, is returning to Marvel Studios.More from The Hollywood Reporter'Spider-Man' Director Jon Watts to Helm Coming-of-Age 'Star Wars' Disney+ SeriesAbandoned 'Fantastic Four' Film Star Alex Hyde-White Talks Cherished Legacy and New "Force to Be Reckoned With" Reed Richards ActorFantastic Four: A Complicated Cinematic Flashback -- And Why Fans Are Elated for Group's Future Following 'Doctor Strange 2' Marvel has signed a 20-year deal with Stan Lee Universe, a venture between Genius Brands International and POW! Entertainment, to license the name...
ECONOMY・2 DAYS AGO
The Hollywood Reporter

Notorious German director Uwe Boll (Postal, Rampage) is poised to make his return to international filmmaking with a $25 million movie on crime fighter Eliot Ness, the special agent who famously took down Al Capone, a story told in Brian de Palma’s The Untouchables (1987). Boll’s film, Ness, will pick up the story later in Eliot Ness’ career, as he tries to catch a serial killer known as “The Butcher of Kingsbury Run,” responsible for a number of grisly murders in Cleveland’s Kingsbury Run shantytown. Whitney Scott Bain wrote the screenplay, basing the story on the true-life case. Boll plans to...
MOVIES・2 DAYS AGO