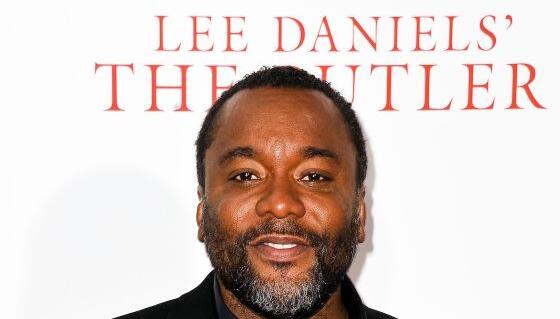 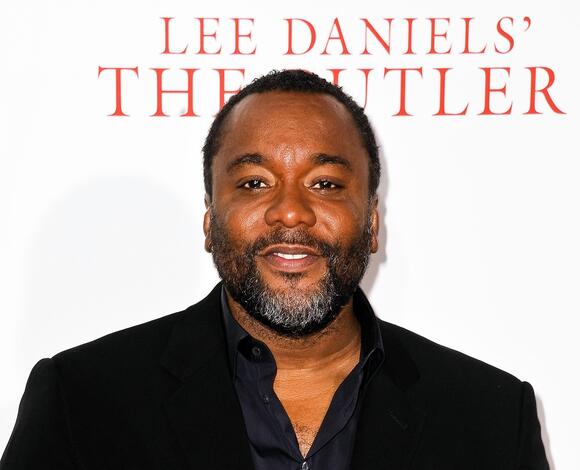 An exclusive article from Deadline shared the news. The newly-acquired film will follow Day, who plays the mother of an Indiana family whose children allegedly became demonically possessed in a thriller inspired by real events. Alongside Day and Spencer, Glenn Close, Rob Morgan, Caleb McLaughlin and Aunjanue Ellis will star in the film.

The real case of Latoya Ammons and her three children was widely covered in the media at the time. The family detailed experiences of strange incidents occurring in their Gary, Indiana home that grew progressively worse over time. Instances with the children levitating and becoming violent with each other became the norm for the Ammons family. It was said that the children began speaking in growls and deep voices with no recollection afterward. The Gary Police Department, Department of Child Services and the local church and hospital all became involved, filing reports that took the supernatural occurrences seriously. Officers, doctors and social workers were confirmed as witnesses to many of the incidents, including one in which her 9 year old son walked backward up a wall. The Indianapolis Star covered it closely as the Department of Child Services continued to investigate the case.

The auction for the film escalated quickly and ultimately, came down to Netflix, MGM and Miramax. Sources told Deadline the film package closed at nearly $65 million, covering the film’s budget and buyouts. Daniels, Tucker Tooley and Pam Williams are onboard to produce.

According to Deadline , Ammons optioned her rights to Relativity when the story first became public in 2014. The movie never went into production and those rights eventually lapsed as Relativity plunged into Chapter 11 bankruptcy. Executive producer Tooley, a former Relativity executive, acquired the lapsed rights after that, under his Tooley Entertainment banner. Dave Coggeshall and Elijah Bynum wrote drafts to prepare the film for its development. Daniels rewrote it himself, which is the final script buyers read leading to a massive bidding war. It uses the case to frame a fictional thriller, as done with popular films like The Amityville Horror, The Exorcist, The Conjuring and other franchises said to be based on or inspired by actual events.

Daniels will be working on his fourth film with Tooley, who also produced his directing debut Shadowboxer and award-winning film The United States vs. Billie Holiday with Day. The dynamic duo also produced Concrete Cowboy .

The production is fast-tracked to begin by the middle of this year. Look out for more details regarding the upcoming thriller headed to Netflix.

Netflix has canceled another one of its major shows, with this one getting the ax after only two seasons. Variety reports that hit sci-fi drama Raising Dion has been dropped by the streamer, following its recent season debut. The news seems to have been revealed by series star Sammi Haney, who shared the news with fans on Instagram. "Sad to say that Raising Dion is CANCELED [sic] Thank you for all of the amazing support we got from all of our wonderful fans!" Haney wrote, in part. "Season 2 was a success, equal to Season 1, even if just looking at how many people watched all of it and wanted a season 3!"
TV SERIES・25 DAYS AGO
Hot 107.9

Ahead of Mo Amer's appearance at Netflix Is A Joke Festival, Netflix announced the premiere date and revealed first look photos of his new scripted comedy, Mo. Click inside to check them out and get more information on the show.
WEST HOLLYWOOD, CA・22 DAYS AGO
Hot 107.9

The Pynk is headed back to Starz with more drama, fresh faces and even more cases. Watch the trailer and learn more about the upcoming season inside.
TV SERIES・10 DAYS AGO

Robin Roberts got emotional as she opened up about her relationship with partner Amber Laign, especially in the midst of a challenging health battle. The Good Morning America star made an appearance on The Ellen DeGeneres Show to promote her new book, Brighter By the Day. VIDEO: Robin Roberts enjoys...
CELEBRITIES・26 DAYS AGO
Hello Magazine

Princess Eugenie has taken to her Instagram Stories to make an exciting announcement related to The Anti-Slavery Collective, which she co-founded with her best friend Julia de Boinville back in 2017. Resharing a message from the charity organisation, the mother-of-one revealed she was posting "news from my charity". WATCH: Princess...
CELEBRITIES・25 DAYS AGO
Hello Magazine

The Today Show stars, including Hoda Kotb, Savannah Guthrie, and Craig Melvin, are reeling from the death of a beloved fellow Today host, one whose hiring onto the show made history at NBC studios. The co-hosts took a moment out of Monday morning's show to honor the legacy of Jim...
CELEBRITIES・26 DAYS AGO

It’s no secret that Tim McGraw and Faith Hill loved their roles on 1883, as they’ve expressed their best experiences on the show, as well as their respect for their characters, James and Margaret Dutton. However, it appears that they have no intentions on reprising their 1883 roles...
CELEBRITIES・2 DAYS AGO
The US Sun

GENERAL Hospital revealed a major character change is coming to the show this week as one of its stars battles health issues. There are often comings and goings happenings on soaps, and the latest cast switch-up involves longtime cast member Nancy Lee Grahn. Nancy, who turns 66 on Thursday, has...
CELEBRITIES・26 DAYS AGO
SheKnows

Click here to read the full article. It seems like everyone was rooting for Renée Zellweger and Ant Anstead to get together, including an unexpected duo: the Property Brothers. Drew and Jonathan Scott recently revealed that they were the ones that ended up getting Zellweger and Anstead to meet, and subsequently fall in love. And their hard work ended up paying off! Back on April 14, 2022, the Scott brothers sat down with ExtraTV to talk about everything from Drew’s upcoming fatherhood to Jonathan loving GF Zooey Deschanel’s Vanity Fair gown. While we loved the entire interview, we’re losing it over...
CELEBRITIES・27 DAYS AGO
ComicBook

After weeks of silence, Chris Rock has finally addressed his now-infamous incident with Will Smith at March's 94th Annual Academy Awards. During another sold-out show at Baltimore's Lyric Performing Arts Center on Friday, Rock directly referenced the slap, but only spent a second on it before moving on with his set.
BALTIMORE, MD・27 DAYS AGO

Megan Fox wants her kids to express themselves however they please. In a wide-ranging interview with Glamour U.K. for their April cover story, the 35-year-old actress opens up about how she teaches her children, Journey River, 5, Bodhi Ransom, 8, and Noah Shannon, 9, about gender identity and encourages them to be confident in who they are.
FAMILY RELATIONSHIPS・25 DAYS AGO
TheStreet

Once again, Disney (DIS) - Get Walt Disney Company Report is finding itself embroiled in a political quagmire owing to its support of the LGBTQ community, after Florida Gov. Ron DeSantis punished Disney for denouncing his “Don’t Say Gay Bill,” by seeking to revoke Disney World’s designation as a special tax district (which as we pointed out, is ultimately a meaningless gesture).
FLORIDA STATE・25 DAYS AGO
Hello Magazine

Kate Hudson has realized one of her dreams and has taken to Instagram to share the incredible news with her 15 million followers. Sharing two pictures of her looking casual in a pair of baggy dip-dyed trousers and a white tank top, and singing into a microphone, the actress announced a surprising career change.
CELEBRITIES・26 DAYS AGO
hotnewhiphop.com

Kim Kardashian's ex-husband, Damon Thomas, continues to "wish her the best," despite any false narratives about their past relationship. The 51-year-old sat down with DJ Vlad, looking back at his marriage with now-billionaire businesswoman Kim Kardashian in the early 2000s. He believes he's played a "part in their journey," however, he doesn't want to be known as "Kim Kardashian's husband" and wants to "get in control of [his] narrative," as many people fail to recognize he has won Grammys and even made it to the Oscars.
RELATIONSHIPS・25 DAYS AGO

Depp said he discovered Disney would not recast him in "Pirates" days after Amber Heard's Washington Post op-ed article was published.
FAIRFAX, VA・26 DAYS AGO
PopCrush

Last month it was revealed that Sharon Osbourne would be returning to television, partnered with Piers Morgan on a new U.K. series named The Talk. This comes nearly a year after Osbourne was suspended and eventually exited the U.S. talk show The Talk after expressing her support for Morgan in an intense discussion over race with co-host Sheryl Underwood. Now, in a new interview with the U.K.'s Sunday Times, Osbourne reveals how cancel culture impacted her as she eventually parted ways with her longtime daytime talk series amidst public backlash.
CELEBRITIES・26 DAYS AGO
Outsider.com

90 Day Fiancé: Before the 90 Days star Johnny Chao is showing off a new look on social media. The reality TV star rocked a fresh-faced look on the show. However, Chao debuted some new facial hair in his most recent post on Instagram. More specifically, he grew a beard and mustache.
TV & VIDEOS・25 DAYS AGO