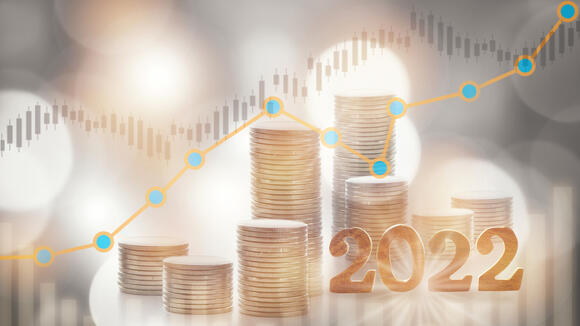 Surging prices caused by low supply levels and sudden demand have brought inflation from the near-zero levels enjoyed for nearly a decade to 7% all within the last 12 months. The perfect storm of constricted supply chains abnormally pressured by pandemic side effects has forced prices up in ways that economists are saying have ushered in unconventional markets where inflation is driven by supply instead of the usual demand. The result could be more volatility ahead as the global economy putters towards recovery.

Inflation has been historically (until now) driven by demand. According to economists, the current picture of what’s causing today’s inflation is supply, but it’s a little more complicated than just that.

In a new report by Blackrock, economists state that past episodes of inflation have been driven by economy-wide demand running “unusually hot.” This can mean that there is rampant demand, fueled by both economic growth and an increase in jobs followed by a desire to spend more money across sectors.

Right now, they argue, supply bottlenecks are what’s to blame for upwards price pressures. And from a policy perspective, this complicates things. In the more normal, demand-driven inflation, the easy response is an increase in interest rates to generally “cool off” the economy and rein in spending overall. When inflation is supply-driven at a time when the economy is not yet fully up to speed, the answer is not so simple.

Using data from the Bureau of Labor Statistics and the Blackrock Investment Institute, the investment firm shows that the U.S. economy is still below pre-pandemic projections for U.S. GDP. With the economy not yet operating at full capacity and inflation largely driven by supply, Blackrock says central banks are faced with a difficult decision: “either live with higher inflation or destroy activity before reaching full capacity.”

While the economy has largely improved, the labor market is still millions of jobs fewer now than it was in February of 2020. To “destroy activity” would mean to increase interest rates at a suppressive enough rate to bring prices down enough to a sustainable level. This would simultaneously also squash growth at a time when the economy still desperately needs it. The conundrum is one that has never quite been seen before, and central bank responses will also likely be just as unique.

Blackrock’s suggestion is that the government should ride the current inflation pressures out for now. They recommend gradually increasing interest rates to return to more neutral levels, but not so much as to prevent growth.

Macroeconomic policy strategist and Founder of Ziemba Insights, Rachel Ziemba also agrees that monetary normalization, or the move from “excessive stimulus to more normal conditions” is necessary, but only part of the answer. Ziemba tells GOBankingRates, “central banks should remove some liquidity and cease super-accommodative policies, but that other parts of government need to incentivize more production and do better to incentivize supply chains. This also means resetting expectations around inflation and growth “so that we don’t try to return to historical levels of low inflation.”

She adds that trying to use the blunt tools of too many interest rate increases would likely stunt growth and lead to another recession. Focusing on improving the quality of growth, rather than focusing simply on increasing growth markers, is crucial, she says.

This new “macro” normal might mean living with supply-driven inflation, which means governments might have to learn to live with this kind of inflation in order to mitigate growth volatility, Blackrock says.

Ziemba suggests that some ways to address these issues might include selectively cutting tariffs and supply restrictions, and investing in infrastructure to boost potential growth which will increase capacity and bring more people into the workforce. By focusing on production within the U.S., the economy can be less reliant on international supply-chain constraints while simultaneously putting more Americans in jobs.

Spending for this might temporarily increase inflation, it also may pay off big in the future if supply-driven inflation is the new way forward. Blackrock mentions prices tend to rise faster “in response to bottlenecks than they tend to fall in response to spare capacity” and that this has pushed inflation higher even though overall economic activity has not fully recovered. If higher production was done on U.S. soil, this could help to avoid some of these price gauges.

See: While Wages Technically Rose in 2021, Inflation Led to 2.4% Pay Cut for Workers
Find: 5 Times Inflation Is Actually Good for Your Finances

For investors, the biggest risk Blackrock sees is rate hikes by central banks feeding into inflation expectations. This would be bad for both bonds and equities as higher interest rates would slow growth overall. The result would be seeing markets price in as they normally do and react to market downturns. The risk runs in that if the central bank decides to reverse course, for example, if they realize they hiked rates too high and too soon and damaged growth too much, they will have to lower interest rates back down. Since investors will already be priced in at previous higher rate levels, investors will stand to lose money based on where they are priced in before a reverse. Greater macro volatility in both growth and inflation will imply higher premiums on bonds and stocks, the investment firm adds .

This article originally appeared on GOBankingRates.com : Why Inflation And The Supply Chain Could Bring More Volatility To Economic Recovery

Let's get one thing out of the way up front -- strictly speaking, there's no such thing as a Social Security "bonus." However, there are definitely steps you can take to enhance the amount of your...
BUSINESS・2 DAYS AGO
GOBankingRates

Rising home values can quickly transition a reasonable housing market into the type of real estate monster that has consumed places like the San Francisco Bay Area, Los Angeles and New York. While the...
LOS ANGELES, CA・2 DAYS AGO
GOBankingRates

Dollar stores are a mainstay in American life, with a 2020 survey indicating that around 60% of Americans had shopped at a Dollar Tree in the previous 12 months. The two heavyweights in the industry...
RETAIL・2 DAYS AGO
The US Sun

Though the United States appears to be coming out of the worst of the pandemic, COVID-19 isn't going away any time soon. And there remains the continued risk of another surge as more states relax...
SHOPPING・2 DAYS AGO
GOBankingRates

Along with McDonald's and Burger King, Wendy's makes up the Big Three of U.S. fast-food burger chains. The Ohio-based company has more than 7,000 restaurants worldwide that serve up its famous square...
GROCERY & SUPERMAKET・1 DAY AGO
GOBankingRates

If you've joined the remote-work revolution, you might have the opportunity to move wherever you want for the first time in your career. If you're looking for a change of pace in a brand-new place,...
TRAVEL・1 DAY AGO

SNAP 2022: Is My State Giving Out Extra EBT Food Stamp Money in June?

Emergency allotments were authorized under the Families First Coronavirus Response Act to help address temporary food needs during the pandemic for SNAP households. According to the U.S. Department of...
POLITICS・1 DAY AGO
GOBankingRates

Social Security is an essential safety net for many Americans. Even if you haven't saved enough for retirement, you can still count on Social Security benefits in retirement. Read: 14 Key Signs You...
ADVOCACY・2 DAYS AGO
GOBankingRates

You're planning to retire in the not-so-distant future, which means you'll be living on a fixed income. Therefore, you're looking for a new hometown where you can enjoy life while stretching your...
ECONOMY・1 DAY AGO
GOBankingRates

We can all use a simpler, more efficient way to manage expenses and save money. Putting your bills on autopay can ensure never forgetting a due date, which minimizes the risk of late fees and...
CREDITS & LOANS・3 HOURS AGO
GOBankingRates

How Rich Are These Big-Name NASCAR Drivers?

In terms of how they get paid, NASCAR drivers are different from athletes in team sports. Read: 22 Side Gigs That Can Make You Richer Than a Full-Time JobFind Out: 25 Things To Sell When...
NFL・2 DAYS AGO
GOBankingRates

May is almost here, and millions of households are looking forward to their next SNAP payments. See: Surprising Things You Can Buy With Food StampsFind: SNAP 2022 -- Is My State Giving Out Extra Money...
AGRICULTURE・4 DAYS AGO
GOBankingRates

A single quarter could be worth more than $200 -- and it has nothing to do with inflation. Learn: 5 Collector's Items Worth Selling for Extra CashExplore: 22 Side Gigs That Can Make You Richer Than a...
BUSINESS・18 HOURS AGO
Fortune

Sign up for the Fortune Features email list so you don’t miss our biggest features, exclusive interviews, and investigations. Shanghai’s 25 million residents have endured an extreme COVID lockdown for nearly a month—and now a new nightmarish topic is trending on Weibo, the country’s Twitter-like social media platform.
PUBLIC HEALTH・29 DAYS AGO
GOBankingRates

When Supplemental Security Income (SSI) Payments Will Arrive in June 2022

Supplemental Security Income (SSI) payments are typically paid out on the first of every month, unless the first falls on a weekend or holiday. According to the Social Security Administration's...
AGRICULTURE・1 DAY AGO
GOBankingRates

Social Security benefits are paid out through a complex formula that factors in how much a taxpayer earned during their working career and at which age they file for benefits. When taken en masse, the...
ECONOMY・2 DAYS AGO
GOBankingRates

7 Things Every Woman Should Know About Social Security

Social Security is an important source of retirement income, especially for women. But how well do you understand the benefits you're due? Find Out: 15 Worst States To Live on Just a Social Security...
ECONOMY・2 DAYS AGO