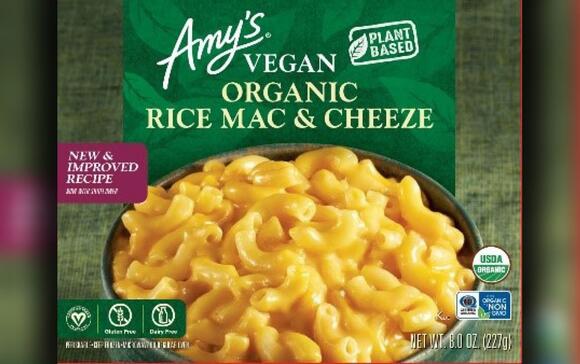 NEW YORK (1010 WINS) — Amy’s Kitchen is recalling thousands of cases of vegan mac and cheese after discovering it could have trace amounts of milk, which is not declared on the product label.

The company has recalled a single lot “out of an abundance of caution to ensure the safety of consumers who have an allergy or sensitivity to milk,” according to the U.S. Food and Drug Administration.

Customers with an intolerance to dairy should not consume Lot 60J0421 of the company’s “Vegan Organic Rice Mac & Cheeze.” 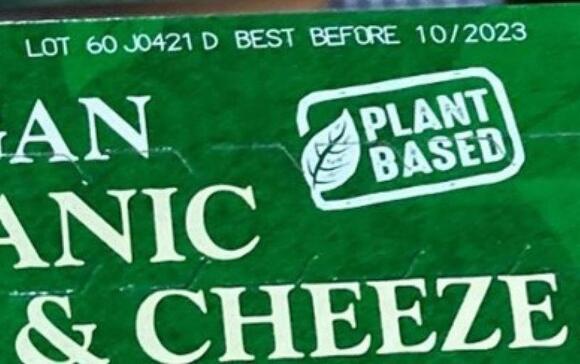 The Lot number on the recalled product from Amy's Kitchen. Photo credit FDA

“Amy’s is working with its retail and distribution customers nationwide to ensure that any remaining inventory of the impacted lot of the Vegan Organic Rice Mac & Cheeze is removed from distribution. No other Amy’s Kitchen products are impacted,” the FDA said in a release.

Customers who purchased the product can discard it or return the affected product to the place of purchase for a full refund.

The FDA said Amy’s Kitchen issued the voluntary recall after test results from a third-party laboratory indicated one of the meals in the lot contained trace amounts of milk protein.

Amy’s Kitchen is based in California, but the products were distributed nationwide.

In total, 15,626 cases of the mac and cheese product are being recalled.

“At Amy’s Kitchen, the safety of consumers is the top priority,” the company said in a statement. “Amy’s follows the highest possible food safety and quality control standards to ensure the safety and full enjoyment of its meals and is committed to implementing corrective actions flowing from the investigation of this event.”

Consumers may contact Amy’s Consumer Relations team with any questions at 800-643-0570.  Representatives are available Monday-Friday from 9am to 5pm Pacific Standard Time.

"The server refuses to give me another drink because he says we are sharing drinks and [they are] watching our table like we are little kids," the man said.
FOOD & DRINKS・29 DAYS AGO
Reuters

May 26 (Reuters) - The U.S. Food and Drug Administration said on Thursday it has expanded its collaboration with Danone's Nutricia business to boost supplies of specialized medical baby formula bottles to address its shortage among infants with certain allergies or critical health conditions. The health regulator said about 5...
POLITICS・13 MINUTES AGO