Nu is an extremely fast-growing digital banking app that has significantly disrupted the Latin American banking market, with its highly digitized and low-fee banking products. The company has rapidly acquired more than 48 million users and is backed by big names like Berkshire Hathaway , Sequoia Capital, and Tiger Global Management. 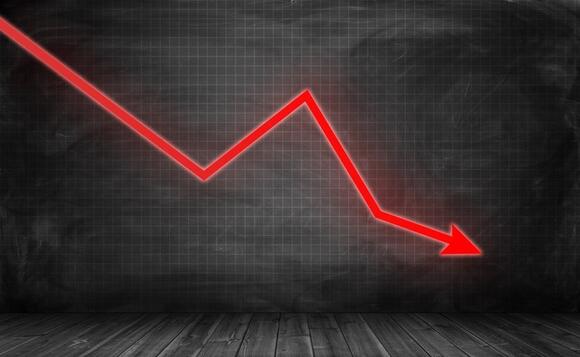 Nu seems to be struggling like a lot of tech stocks today that are dealing with higher inflation and near-term macro policies that will attempt to rein in that inflation. Earlier this month, Brazil's Institute of Geography and Statistics announced that inflation had reached a six-year high, surpassing 10%, largely due to surging fuel prices.

Paulo Guedes, the economic minister of Brazil, recently said publicly that when it comes to inflation, central bankers in Western economies have been "sleeping at the driver wheel."

The Federal Reserve has certainly changed its stance toward inflation in recent moves and seems to be preparing to combat it.

But when Nu went public at the end of December with a valuation of more than $40 billion and then rose to more than a $50 billion market cap, I wrote that I thought the stock was too high and that investors would have a chance to get in lower. Now at a $33 billion market cap, the valuation looks a lot better and is actually similar to what Berkshire Hathaway invested at.

There could be some more pain to come for fintech and tech stocks, but this is a company that is rapidly disrupting the Latin American banking market. I would like to buy the stock a bit lower, personally, but am much more interested in it now.

10 stocks we like better than Nu Holdings Ltd.
When our award-winning analyst team has a stock tip, it can pay to listen. After all, the newsletter they have run for over a decade, Motley Fool Stock Advisor , has tripled the market.*

They just revealed what they believe are the ten best stocks for investors to buy right now... and Nu Holdings Ltd. wasn't one of them! That's right -- they think these 10 stocks are even better buys.

A 5x return isn't a slam dunk with these stocks. But it's not a farfetched proposition.
STOCKS・17 HOURS AGO

Among the Dow Jones Industrial Average's 30 components are three that analysts believe could more than double over the next year.
STOCKS・2 DAYS AGO
The Motley Fool

Berkshire Hathaway stock has a long history of beating the market, and is well-positioned to outperform in the future.
STOCKS・14 HOURS AGO
The Motley Fool

The lights are flashing green for long-term growth opportunities for these two tech stocks.
STOCKS・1 DAY AGO

REITs can be a port in the economic uncertainty storm.
STOCKS・2 DAYS AGO
The Motley Fool

Brookfield Infrastructure is performing quite well during the current market downturn.
STOCKS・18 HOURS AGO
The Motley Fool

These players have what it takes to keep growing over time.
STOCKS・17 HOURS AGO
The Motley Fool

Hint: It's not Apple or Chevron.
STOCKS・1 DAY AGO