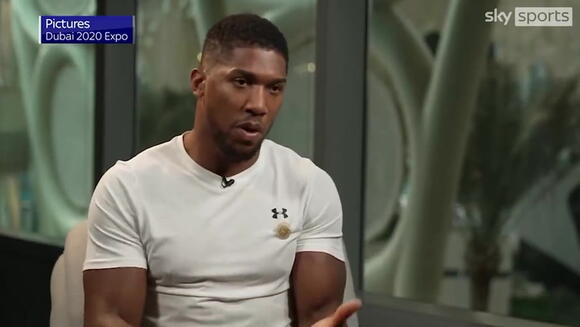 Anthony Joshua has denied that he has agreed a £15m deal to step aside and allow Oleksandr Usyk to face Tyson Fury in an undisputed heavyweight title bout.

Joshua activated a rematch clause shortly after suffering defeat against Usyk last year , but reports on Monday indicated that the former IBF, WBA and WBO champion was prepared to accept a financial package to wait and then face the winner out of Fury and Usyk.

However, Joshua took to social media on Monday afternoon to deny that he had signed any step aside agreement.

“You know what’s bad about all these interviews I see?” Joshua said. “I see certain interviews that quote what I said, and I think to myself: ‘I ain’t done no interviews. Where did this person get this information from?’

“I’m hearing people saying, ‘AJ accepts £15m to step aside’. I ain’t signed no contract, I ain’t seen no contract.

“I’m the man in control of my destiny, I’m a smart individual and I make calculated decisions every step of the way.”

Fury meanwhile has been ordered to defend his WBC title against Dillian Whyte , but negotiations over the proposed purse split have proved a significant stumbling block.

Promoter Eddie Hearn said he plans to meet with Joshua and his management team on Tuesday to discuss the options on the table.

If Joshua does agree to step aside, it remains to be seen whether an agreement will need to be found with Whyte too in order to stage the undisputed fight between Fury and Usyk.

Usyk’s promoter, Alexander Krassyuk, confirmed he had been in negotiations with Fury’s team since last November but that an agreement is not yet close to being finalised.

Joshua Buatsi cleared the way for a world light-heavyweight title shot after claiming a points win over Craig Richards at the O2 Arena in London.Buatsi, an Olympic bronze medallist in Rio in 2016, dominated the early stages then fended off a big comeback by Richards to claim a 116-112, 115-113, 115-113 unanimous verdict.His win in a bout promoted as a WBA title eliminator should land him a shot at Dmitry Bivol, who won the belt in a stunning upset over Saul Alvarez earlier this month.Bivol’s win over Alvarez had served to raise the reputation of Richards, the 32-year-old who suffered...
COMBAT SPORTS・5 HOURS AGO