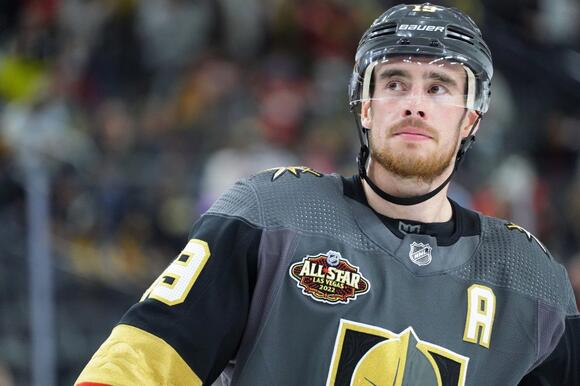 Vegas Golden Knights winger Reilly Smith is one of the hottest names leading up to the NHL trade deadline. With the Golden Knights atop the Pacific Division, he could be the key to a big move leading to a Stanley Cup run.

The Golden Knights are overcoming a slow start and plenty of injury troubles, resulting in a slow start. After reaching the conference finals in three of their first four seasons, Vegas is looking to get over the hump and lift its first Stanley Cup.

If general manager Kelly McCrimmon has proven one thing above all else during his tenure, it’s his willingness to make blockbuster trades. He already lived up to that reputation, swinging the Jack Eichel trade .

The Golden Knights should be excited to insert a player like Eichel into their lineup when he returns, but it will come at a cost. With a $10 million cap hit, a franchise already strapped for cash needs salary cap gymnastics to fit Eichel in. That likely means the departure of at least one of their other forwards. 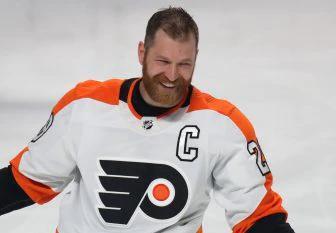 Smith has been a part of the Golden Knights’ identity since their inaugural season. Still a very productive player at 31 years old, Smith would be a top target for many teams around the league looking to take advantage of the cash-strapped Golden Knights.

With that in mind, let’s examine three potential landing spots for a Reilly Smith trade.

The New York Rangers have had a strong first half of the season, leading the Metropolitan Division by one point over the Carolina Hurricanes. With the Hurricanes, Pittsburgh Penguins, and Washington Capitals all nipping at their heels, Smith could be the perfect Rangers trade target.

New York’s success this season is largely credited to goalie Igor Shestrkin and defenceman Adam Fox. Adding another forward would help the team become more well-rounded. In terms of the fit, Smith could join the Rangers’ middle-six and the second power-play unit.

While the Rangers would likely have to give up some of their highly touted prospects to get some of the other big names on the trade market, acquiring Smith could be done for much cheaper. Vegas lacks leverage because of its cap situation and no general manager will be looking to give Kelly McCrimmon an easy way out of this situation.

The Nashville Predators are another team with the salary cap space to accommodate Smith. They are currently third in the Central Division, just behind the Colorado Avalanche and St. Louis Blues. Despite having played more games than the Avalanche, Blues, and the fourth-place Minnesota Wild, the Predators have the least goals for of that group. Adding Smith would help their offensive production as he could play on their second or third line, bolstering their scoring depth. 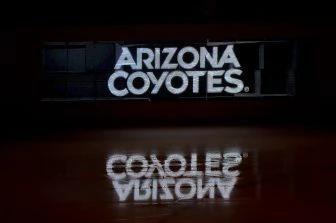 The trio of Mikael Granlund, Ryan Johansen, and Smith would give the Predators some very solid center depth. Johansen is experiencing a bit of a bounce-back season after a few disappointing years and his resurgence, alongside that of winger Matt Duchene, is a start but the Predators need more forwards that can score. Enter Reilly Smith.

Last but not least, the Anaheim Ducks could be a good potential landing spot for Reilly Smith. The caveat to this answer is that the Ducks are in the same division as the Golden Knights and it’s very possible that McCrimmon will want to send Smith outside the division.

The Ducks have been one of the most surprising teams of this season as their rebuild seems to be ahead of schedule. Troy Terry and Trevor Zegras are two young forwards who are immensely talented and proving that they can be impactful NHL players despite their inexperience.

Adding Smith would give the Ducks an older voice in the dressing room who can still be very productive on the ice. The fact that he is an UFA this offseason means that the Ducks could reevaluate how he fits into their future plans this offseason without being forced into a long term commitment.

Leave your comments down below on if you think Reilly Smith will be traded this season, and if yes to what team he’ll be headed!

The NHL season officially started back on October 12. In this article, we track all the NHL games today as
NHL・4 HOURS AGO
Sportsnaut

The Tampa Bay Lightning can return to the Eastern Conference Finals for a third straight season with a victory against
TAMPA, FL・9 HOURS AGO

Celts should cover, even series with Heat

It's a new week here at Bark Bets, and the postseason remains center-stage for tonight's action. We have a trio of Game 4s to enjoy. Two teams have a chance to tie the series at two, while the two-time defending champs can wrap up a commanding sweep and advance to the next round.
MIAMI, FL・30 MINUTES AGO

The St. Louis Blues and Colorado Avalanche will have to work through major injury concerns as their second-round Western Conference
SAINT LOUIS, MO・18 HOURS AGO
Sportsnaut

For the third time this postseason, the Dallas Mavericks’ organization faces a fine for how it has handled itself on
DALLAS, TX・22 HOURS AGO
Sportsnaut

The St. Louis Cardinals hope they have saved some runs for the opener of a two-game set with the Toronto
SAINT LOUIS, MO・4 HOURS AGO