Apple planning to launch ‘biggest set of products ever’ this year, report claims 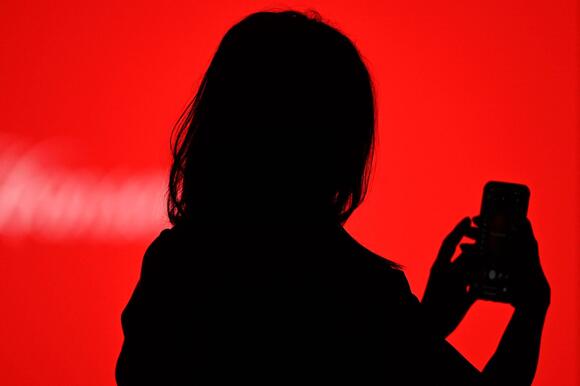 Apple is preparing to launch its “widest array of products ever”, according to a new report.

The company is preparing an autumn launch that could see it release a vast array of different products, across a host of different categories. That would include four new phones, a new and cheaper MacBook Pro, an updated iMac, the long-rumoured new Mac Pro, a refreshed MacBook Air, upgraded AirPods Pro, iPads and iPad Pros and three new Apple Watches.

That is according to a new report from Mark Gurman, an Apple journalist who has reliably predicted Apple releases in the past. He revealed the large menu as he set out his expectations that Apple would first host a smaller launch event earlier in the year.

That could come soon and will feature a new iPhone SE, which will probably come int he same design but with a better processor and support for 5G, Mr Gurman wrote. The iPad Air could also be updated, borrowing the processor from the iPhone, he reported.

That presentation is likely to happen in March or April and will include smaller updates rather than those bigger launches that will be saved for towards the end of the year, he reported.

Apple tends to hold its smaller events earlier in the year and release its biggest products in autumn, he noted. That not only ensures that its biggest sales are concentrated in the holiday quarter at the end of the year, but also ensures that Apple can make the most of the new software that will be launched at its Worldwide Developers Conference in June, and give developers the time to integrate them into their apps and services.

Google, a subsidiary of Alphabet Inc GOOGL GOOG, said recently it is coming out with the Pixel Watch this fall but now details have emerged that the wearable is underpinned by a four-year-old processor. What Happened: The Google Pixel Watch is using the same Exynos 9110 chip that powered the...
CELL PHONES・28 MINUTES AGO
electrek.co

As part of a lawsuit between shareholders and Elon Musk regarding his “funding secured” tweet, new text messages and emails between Musk and people involved have been released. The communications pretty much confirmed how most people saw the situation: Elon Musk took a meeting with the head of...
BUSINESS・21 DAYS AGO
Inc.com

Jeff Bezos, the founder and former CEO of Amazon, and Elon Musk, the CEO of Tesla and soon-to-be owner of Twitter, don't strike me as best buds. The two men have competed over the past few years for the title of the world's richest man, a title Musk holds. They also sort of compete in space, with Bezos' Blue Origin competing against Musk's SpaceX.
BUSINESS・21 DAYS AGO
inputmag.com

Elon Musk, the world’s wealthiest man, who thinks tunnels are immune to natural disasters, is purchasing Twitter. The company confirmed on Monday afternoon that it had accepted the billionaire’s offer. “Twitter, Inc. today announced that it has entered into a definitive agreement to be acquired by an entity wholly owned by Elon Musk, for $54.20 per share in cash in a transaction valued at approximately $44 billion,” reads the official press release. “Upon completion of the transaction, Twitter will become a privately held company.”
BUSINESS・21 DAYS AGO

Elon Musk has said his deal to buy Twitter “cannot move forward” until he sees “proof” of the site’s estimate that spam and fake accounts make up less than 5% of users.The billionaire Tesla boss has publicly sparred with the social media firm’s chief executive over the number of bot accounts on the platform and said he believes they are higher than Twitter’s figures indicate.Mr Musk tweeted last week that his £34.5 billion deal to acquire the site was “on hold” while he sought more details about the number of fake accounts on the site.Twitter chief executive Parag Agrawal defended...
BUSINESS・2 HOURS AGO
The Independent

Tesla CEO Elon Musk says his deal to buy Twitter can't move forward unless the company shows public proof that less than 5% of the accounts on the platform are fake or spam.Musk made the comment in a reply to another user on Twitter early Tuesday. He spent much of the previous day in a back-and-forth with Twitter CEO Paraj Agrawal, who posted a series of tweets explaining his company’s effort to fight bots and how it has consistently estimated that less than 5% of Twitter accounts are fake.In his tweet Tuesday, Musk said: “20% fake/spam accounts, while 4...
BUSINESS・2 HOURS AGO
The Motley Fool

Growth can be rekindled again now that the first year of the pandemic is no longer being lapped.
STOCKS・26 MINUTES AGO

Since the original console launched in 2017, the Nintendo Switch has been incredibly popular with gamers of all ages and, as such, Switch deals are extremely hard to come by.With the ability to bring everything from Pokémon and Animal Crossing to Mario and Zelda to life in your hands, the Switch is undoubtedly one of the brand’s most successful launches ever.But with consistently good sales for a number of years, followed by fluctuating stock levels due to an even greater surge in demand during the pandemic, it makes sense that the brand would be reluctant to offer any major reductions....
FIFA・2 HOURS AGO
The Independent

UPDATE: The PS5 is now in stock at Game, Scan and The Game Collection. It could restock at Very and Currys this week. Read on for more information.It’s been a year and a half since the PS5 was first released, yet we’re all still here, clinging on to the dream of owning one of the elusive consoles.Shelves remain barren and empty, and restocks still come and go in the blink of an eye thanks to the ongoing global semiconductor shortage sparked by the coronavirus pandemic. This has meant consoles are still tricky to get hold of, both online and in-store.But the situation is getting better...
FIFA・2 HOURS AGO
The Independent

What’s the best way to listen to music? We’re not talking about music streaming services – that’s another kettle of fish entirely – or weighing up if vinyl is better than the rest. Rather, we’re talking about which speaker will have the privilege of playing your suspect playlists and favourite throwbacks. It’s the most important aspect, of course, but the best Bluetooth speakers aren’t just about sound.With audio technology so good now that sound quality differences are sometimes indiscernible to the layman, brands go the extra mile to make sure your entire listening experience is as good as possible. From...
ELECTRONICS・2 HOURS AGO
The Independent

Home improvement business Screwfix is to create 800 retail jobs by January as part of plans to open 80 new shops across the UK and Ireland.The retailer’s sales were boosted during the pandemic as locked-down Britons hired tradespeople to spruce up their properties and gardens.Screwfix and B&Q owner Kingfisher enjoyed profits of more than £1 billion last year, as the DIY boom seen through the pandemic continued.The chain will be recruiting sales assistants and management roles for its new stores as well as giving new recruits the chance to join its apprenticeship scheme, which currently trains 850 staff in areas including...
RETAIL・1 DAY AGO