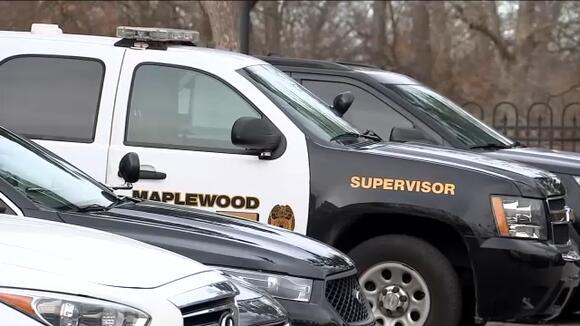 Police in two New Jersey town are investigating a rash of armed robberies that all occurred on the same day. Six incidents happened in Irvington with three others Maplewood on Saturday, January 22, and all followed a similar pattern and happened near the border between the two areas. Maplewood police say all three victims in their jurisdiction were women who were walking alone when they were approached by an individual wearing a mask. The first incident happened at 10:10 a.m. in the area of 124 Jacoby Street, where a 64-year-old woman was walking when the man approached from behind, brandishing a handgun. He knocked her to the ground and assaulted her by striking her in the face, police said, stealing her purse and fleeing in a dark colored vehicle that was waiting nearby. ALSO READ | Wounded NYPD officer fights for life; funeral plans announced for partner

Irvington officials said they had six robberies fitting the same pattern that began on Saturday morning. The victims were all women, and no injuries were reported. In all incidents, the suspect vehicle flees to the borders and returns back to the area. Police were able to identify the car that was used through license plate readers in the area. The vehicle, a dark gray Infinity was stolen out of Newark City Saturday while running with the key in it. The vehicle was later recovered in Newark. Maplewood police impounded the vehicle and towed it to police headquarters to complete a forensic examination. The investigation is active and ongoing, and anyone with information is urged to contact police. ---------- * Get Eyewitness News Delivered * More New Jersey news * Send us a news tip * Download the abc7NY app for breaking news alerts * Follow us on YouTube

Authorities say 25-year-old Andrew Abdullah, who has about 20 prior arrests, was the man seen pacing around the subway car before shooting 48-year-old Daniel Enriquez in the chest, killing him.
NEW YORK CITY, NY・4 HOURS AGO
ABCNY

A 19-year-old man is in the hospital after being attacked by another man with a hatchet.
MANHATTAN, NY・16 HOURS AGO

The 90-year-old woman was walking on West 64th Street when a man approached her and took her purse from her walker.
UPPER WEST SIDE, NY・12 HOURS AGO
ABCNY

Charges were filed against nearly three dozen alleged gang members who police say rapped about their crimes and beat a pigeon to death with a cane.
BRONX, NY・10 HOURS AGO

A search was launched after 15-year-old Naz'ier Randolph, of Paterson, disappeared on Saturday afternoon while swimming with friends.
1 DAY AGO
ABCNY

The workers and owners of three stores on Long Island were arrested Tuesday, accused of illegally selling THC.
NASSAU COUNTY, NY・9 HOURS AGO

Three people were killed and several others were injured in a crash near a catering hall on Long Island, according to police.
NEW HYDE PARK, NY・2 DAYS AGO
ABCNY

A man was stabbed to death by a suspect that broke into a second-floor apartment Sunday in Queens.
QUEENS, NY・2 DAYS AGO
ABCNY

The pain is piercing to know that her 11-year-old daughter, Kyhara was another victim of gun violence.
BRONX, NY・3 DAYS AGO
ABCNY

The officers' vehicle was struck by a black Mercedes at the intersection of Dyckman Street and Nagle Avenue in Inwood just after 5:30 a.m. Friday.
MANHATTAN, NY・4 DAYS AGO
ABCNY

Police say the alleged gunman was nabbed at a friend's house in the Bronx. He is charged with murder, manslaughter and two counts of criminal possession of a weapon.
BRONX, NY・3 DAYS AGO