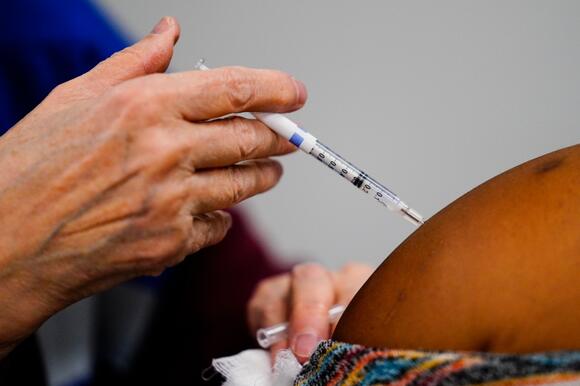 (NEXSTAR) – If you haven’t gotten your booster shot yet, you may no longer be considered fully vaccinated as the Centers for Disease Control and Prevention prepares to “pivot the language.”

Since the COVID-19 vaccines became available, many health officials have been focused on getting all Americans to be fully vaccinated. You are considered fully vaccinated two weeks after you complete your primary series (meaning you’ve received both doses of the Pfizer or Moderna vaccines or the single-dose Johnson & Johnson vaccine), according to the current CDC guidelines .

As booster shots became available, many wondered whether the definition of fully vaccinated would change. In early January, CDC Director Dr. Rochelle Walensky said it wouldn’t .

Two weeks later, the CDC appears to be changing its mind.

Are omicron symptoms different for vaccinated and unvaccinated people?

During a Friday press briefing, Walensky said the agency is working to “pivot the language” for being fully vaccinated. She explained that the goal is to ensure Americans are caught up on their vaccines.

According to the CDC, roughly 75% of eligible Americans have received at least one dose of the COVID vaccine. About 63% are fully vaccinated and less than 40% of those eligible have received their booster dose.

If you are 18-years-old or older, the CDC says you are eligible to receive the Pfizer or Moderna booster shot. Teenagers between the ages of 12 and 17 who have finished their primary series are only able to get the Pfizer booster.

What’s next for COVID vaccines for US kids under 5?

Parents hoping to get their youngest children vaccinated against COVID-19 got some encouraging news Monday. But a few steps remain before the shots are available.
OKLAHOMA CITY, OK・1 DAY AGO
KFOR

"Someone actually whispered to me while I was sitting in a car, 'I know where your dad is.'"
WAVERLY, OH・1 DAY AGO
KFOR

An Oklahoma City mother wants answers after her son was left with a hole in his face after a fight inside the Oklahoma County Detention Center.
OKLAHOMA COUNTY, OK・1 DAY AGO
WebMD

The pharmaceutical company Pfizer has voluntary recalled a blood pressure medication for the second time in a month. Pfizer is recalling five lots of blood pressure medicine Accupril because of elevated levels of a nitrosamine, Nnitroso-quinapril, the company said in a news release posted Friday on the FDA website. Nitrosamines...
INDUSTRY・29 DAYS AGO

Though helpful for cleaning and disinfecting, Lysol contains a number of harmful chemicals that can irritate your eyes, skin, and respiratory system.
HEALTH・28 DAYS AGO
KFOR

Court records show a 3-year-old tested positive for methamphetamine and was hospitalized for months after staying at their father's home in Missouri.
FESTUS, MO・1 DAY AGO
KFOR

A suspect is in custody after an active shooter report caused the lockdown of a Texas school district Tuesday.
UVALDE, TX・12 HOURS AGO
outbreaknewstoday.com

In a follow-up on the 14th Ebola Virus Disease (EVD) outbreak in the Democratic Republic of the Congo (DRC) (HERE and HERE), the World Health Organization (WHO) tweeted today:. Health authorities in #DRC confirmed a 2nd case of #Ebola in Mbandaka on 25 April. The 25-year old woman, now deceased, began experiencing symptoms 12 days earlier. Investigations indicate that as the 1st case patient’s sister-in-law, she was a high-risk contact.
PUBLIC HEALTH・28 DAYS AGO

May is almost here, and millions of households are looking forward to their next SNAP payments. See: Surprising Things You Can Buy With Food StampsFind: SNAP 2022 -- Is My State Giving Out Extra Money...
AGRICULTURE・3 DAYS AGO
KFOR

Authorities have identified a man who was shot and killed at an intersection in northeast Oklahoma City.
OKLAHOMA CITY, OK・1 DAY AGO
KFOR

One suspect arrested, another still outstanding from Friday park shooting in Midwest City

Midwest City Police have arrested one person in connection to a shooting at Region Park on Friday, officials say.
MIDWEST CITY, OK・2 DAYS AGO
KFOR

Authorities in Chickasha are investigating after a reported fight at a local lake.
CHICKASHA, OK・1 DAY AGO

As police continue to investigate the Edmond crash that killed a motorcyclist, his fellow bikers are now determined to support the wife and two daughters he leaves behind.
EDMOND, OK・19 HOURS AGO
KFOR

Officials are releasing new details about a deadly motorcycle crash that claimed the life of an Oklahoma man.
EDMOND, OK・1 DAY AGO
KFOR

Edmond Police said they’re trying to track down a road rage suspect caught on camera hurling a hand-sized rock at another driver and her children.
EDMOND, OK・19 HOURS AGO
KFOR

Teen who died of cancer not honored at junior high graduation, family says

A Jefferson County teen lost her battle with a rare type of cancer, three weeks before she was supposed to graduate the eighth grade.
HEALTH・16 HOURS AGO
KFOR

The photos show the law enforcement response outside that afternoon, including medics, local police, district police and the FBI.
UVALDE, TX・8 HOURS AGO
KFOR

Agents with the Oklahoma State Bureau of Investigation are looking into an officer-involved shooting in Guymon.
GUYMON, OK・13 HOURS AGO
KFOR

Arby’s just launched its first-ever hamburger, and it’s made with Wagyu beef