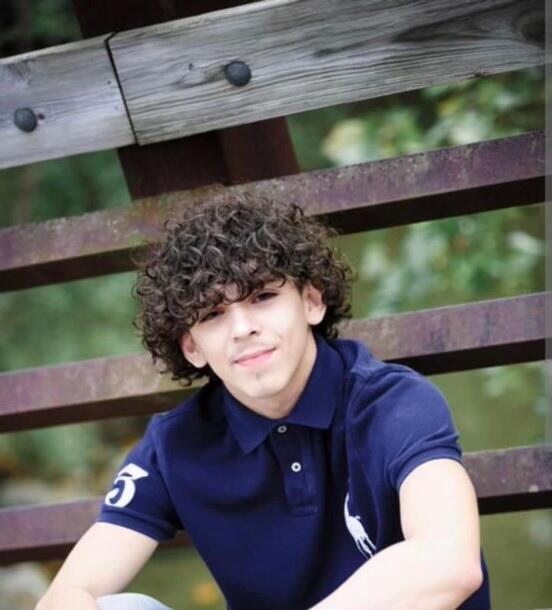 Friends and family gathered Monday afternoon to celebrate the life of a Battle High School senior killed last week in a shooting that led to a manslaughter charge.

The celebration of life for Roberto Lauer took place at Battle High School in the parking lot near the football field. The event included friends, family and teachers speaking and holding a balloon release in his honor.

There were close to 100 people who gathered to celebrate Lauer's life. Friends and family say Lauer was a great kid who was about to graduate high school, that had a big future ahead of him.

Loved one's also said, Lauer was very respectful and loved helping people and that he was a great big brother that had a big interest in music.

Lauer's mom said, "He had the most bright, loving, caring heart, he wanted everyone to be happy and wanted no one to suffer."

Lauer's family wants people to put the guns down and says that guns are not important.

Lauer, 18, was pronounced dead on Jan. 17 after being found at an Irma Drive address with a gunshot wound, police said. Prosecutors charged Shawn P. Long, 18, with involuntary manslaughter and armed criminal action in Lauer's death.

According to a probable cause statement, Long admitted to police that he pointed the gun at Lauer in a "playful manner" before the gun went off. Long told police he didn't know the gun was loaded at the time, court documents say.

Neighbors say that Long and Lauer were best friends.

Long pleaded not guilty in his initial court appearance Wednesday. He is being held at the Boone County Jail on a $250,000 cash-only bond. A hearing for a new bond is scheduled for 1 p.m. Wednesday.

Monday evening people will gather at the Boone County Courthouse columns to honor the 10 victims that lost their lives in the Buffalo, New York hate-fueled shooting Saturday. The post The We Project hosts vigil to honor victims of Buffalo shooting appeared first on ABC17NEWS.
COLUMBIA, MO・1 DAY AGO

Two men are facing an assault charge after allegedly hitting a man and sending him to the hospital with injuries following an April 18 incident off the 2400 block of West Broadway. The post Two men charged with assault after April assault in Boone County appeared first on ABC17NEWS.
BOONE COUNTY, MO・1 DAY AGO
KMIZ ABC 17 News

MORGAN COUNTY, Mo. (KMIZ) A man was hurt after an overnight crash in Stover, Missouri. The crash happened around 1:10 a.m. on Third Street near Cherry Street, according to the Missouri State Highway Patrol. Troopers said an SUV driven by 40-year-old Anthony J. Gibson hit two trees after the vehicle traveled off the side of The post Man hurt after overnight crash in Stover appeared first on ABC17NEWS.
STOVER, MO・14 HOURS AGO

BENTON, Co. (KMIZ) Multiple people were seriously hurt in several mid-Missouri crashes on Saturday. Benton County A man was flown to the hospital after a motorcycle crash. 45-year-old Corey Wheeler was driving along Macks Camp Ave. on Saturday night when he lost control of his motorcycle. He then overcorrected and overturned. Wheeler was seriously hurt The post Multiple people seriously hurt in several mid-Missouri crashes appeared first on ABC17NEWS.
BENTON COUNTY, MO・2 DAYS AGO
KMIZ ABC 17 News

The superintendent of Marshall Public Schools said in a statement shared with media Monday that no students have been suspended over protests that took place on campus last week. The post Marshall school district releases statement about student protesters appeared first on ABC17NEWS.
MARSHALL, MO・1 DAY AGO
KMIZ ABC 17 News