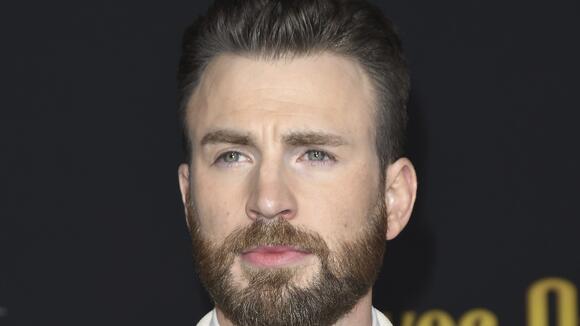 The film, which is currently titled Red One , aims to shoot this year. It is a globe-trotting, four-quadrant action-adventure comedy imagining a whole new universe to explore within the holiday genre. Plot specifics are under wraps.

The project stems from an original story by Seven Bucks Productions’ President of Production Hiram Garcia that Amazon Studios landed after a competitive bidding war last year. Jake Kasdan ( Jumanji franchise) is directing from a screenplay by Seven Bucks Productions’ frequent collaborator Chris Morgan, who previously worked with them on such titles as Fast & Furious Presents: Hobbs and Shaw , The Fate of the Furious , Furious 7 , Fast & Furious 6 and Fast Five .

Kasdan is producing through his production company The Detective Agency alongside Melvin Mar and co-producer Sky Salem Robinson, with Morgan for Chris Morgan Productions and Johnson, Hiram Garcia and Dany Garcia for Seven Bucks.

Johnson announced his involvement with the title, slated for a 2023 holiday release, back in June. It reunites him with Kasdan and his collaborators at Seven Bucks on the heels of their blockbuster successes with Sony’s Jumanji films Welcome to the Jungle (2017) and The Next Level (2019), which have collectively grossed $1.7 billion worldwide. While Johnson and Evans both appeared in Shawn Levy’s 2021 comedy Free Guy for Disney, Red One is the first film that the pair will topline together.

Evans also recently appeared in Adam McKay’s end-of-the-world comedy Don’t Look Up for Netflix, and in Mark Bomback’s Apple TV+ series Defending Jacob , which saw him portraying an assistant DA whose world was shattered when his son was charged with murder. Additional film credits include Knives Out , The Red Sea Diving Resort , Gifted , Before We Go , Snowpiercer , The Iceman , Scott Pilgrim vs. the World , Street Kings , The Nanny Diaries , Sunshine , Fantastic Four and Fantastic 4: Rise of the Silver Surfer .

Click here to read the full article. Oscar-winner Ariana DeBose and Jennifer Jason Leigh have joined the cast of Chris Pine’s directorial debut Poolman. They join the previously announced cast of Pine, Annette Bening and Danny DeVito. Stuart Ford’s AGC Studios is fully financing the project, which it launched at EFM earlier this year, and will continue to shop to buyers on the Croisette this week. Pine directs from a script he co-write with Ian Gotler, Bening and DeVito. Pine plays Darren Barrenman, a hapless dreamer and would be philosopher who spends his days looking after the pool of the Tahitian Tiki...
NFL・1 DAY AGO
Deadline

Click here to read the full article. A war of words has broken out between the filmmakers who have brought audiences two different versions, nearly two decades apart, of the real-life mystery behind The Staircase. French director Jean-Xavier de Lestrade’s 2004 Peabody Award-winning documentary told the story of the fortunate Peterson family who lived in a luxurious mansion in North Carolina, until Kathleen Peterson’s body was discovered at the foot of a staircase, and her husband Michael was tried for murder. More recently, Antonio Campos has adapted the same story into an HBO Max TV drama series starring Colin Firth and Toni...
NFL・2 DAYS AGO
Deadline

Click here to read the full article. 20th Century Studios announced today that its action-thriller Prey, marking the newest entry in the Predator franchise, will debut exclusively on Hulu in the U.S. on August 5th, unspooling as a Star+ Original in Latin America, and as a Star Original on Disney+ in all other territories. Set in the Comanche Nation 300 years ago, Prey tells the story of a young woman, Naru (Amber Midthunder), a fierce and highly skilled warrior. She has been raised in the shadow of some of the most legendary hunters who roam the Great Plains, so when danger threatens...
NFL・1 DAY AGO
Deadline

Robin Roberts got emotional as she opened up about her relationship with partner Amber Laign, especially in the midst of a challenging health battle. The Good Morning America star made an appearance on The Ellen DeGeneres Show to promote her new book, Brighter By the Day. VIDEO: Robin Roberts enjoys...
CELEBRITIES・21 DAYS AGO
People

Megan Fox wants her kids to express themselves however they please. In a wide-ranging interview with Glamour U.K. for their April cover story, the 35-year-old actress opens up about how she teaches her children, Journey River, 5, Bodhi Ransom, 8, and Noah Shannon, 9, about gender identity and encourages them to be confident in who they are.
FAMILY RELATIONSHIPS・20 DAYS AGO
Hello Magazine

Kate Hudson has realized one of her dreams and has taken to Instagram to share the incredible news with her 15 million followers. Sharing two pictures of her looking casual in a pair of baggy dip-dyed trousers and a white tank top, and singing into a microphone, the actress announced a surprising career change.
CELEBRITIES・21 DAYS AGO
TheStreet

Once again, Disney (DIS) - Get Walt Disney Company Report is finding itself embroiled in a political quagmire owing to its support of the LGBTQ community, after Florida Gov. Ron DeSantis punished Disney for denouncing his “Don’t Say Gay Bill,” by seeking to revoke Disney World’s designation as a special tax district (which as we pointed out, is ultimately a meaningless gesture).
FLORIDA STATE・20 DAYS AGO

Netflix has canceled another one of its major shows, with this one getting the ax after only two seasons. Variety reports that hit sci-fi drama Raising Dion has been dropped by the streamer, following its recent season debut. The news seems to have been revealed by series star Sammi Haney, who shared the news with fans on Instagram. "Sad to say that Raising Dion is CANCELED [sic] Thank you for all of the amazing support we got from all of our wonderful fans!" Haney wrote, in part. "Season 2 was a success, equal to Season 1, even if just looking at how many people watched all of it and wanted a season 3!"
TV SERIES・20 DAYS AGO
SheKnows

Click here to read the full article. It seems like everyone was rooting for Renée Zellweger and Ant Anstead to get together, including an unexpected duo: the Property Brothers. Drew and Jonathan Scott recently revealed that they were the ones that ended up getting Zellweger and Anstead to meet, and subsequently fall in love. And their hard work ended up paying off! Back on April 14, 2022, the Scott brothers sat down with ExtraTV to talk about everything from Drew’s upcoming fatherhood to Jonathan loving GF Zooey Deschanel’s Vanity Fair gown. While we loved the entire interview, we’re losing it over...
CELEBRITIES・23 DAYS AGO
The Hollywood Reporter

90 Day Fiancé: Before the 90 Days star Johnny Chao is showing off a new look on social media. The reality TV star rocked a fresh-faced look on the show. However, Chao debuted some new facial hair in his most recent post on Instagram. More specifically, he grew a beard and mustache.
TV & VIDEOS・20 DAYS AGO
Popculture

Spring is always a big time for engagements and weddings, and two beloved internet personalities are the latest to update their relationship status. On April 18, Rachel "Seltzer" Quirico revealed she and longtime boyfriend Trevor "TorcH" Housten were tying the knot after 17 years together. Both of them are beloved figures in the esports world, with Seltzer notably starring in the Syfy reality show WCG Ultimate Gamer. She's also hosted numerous esports tournaments and events for TV/streaming outlets; she also made a recent appearance on G4 TV's Boosted.
RELATIONSHIP ADVICE・21 DAYS AGO
IndieWire

Click here to read the full article. Nearly 50 years after the original “Rocky” hit theaters, the classic boxing franchise keeps getting up off the mat. Ryan Coogler breathed new life into the series with 2015’s “Creed,” which followed Sylvester Stallone’s Rocky Balboa as he trained a young boxer named Adonis (Michael B. Jordan), the son of his late rival Apollo Creed. The film earned strong reviews for taking the franchise in a modern direction while maintaining what people loved about the original films, and sequels were quickly planned. When “Creed II” was released in 2018, it cemented Michael B. Jordan’s...
MOVIES・22 DAYS AGO
Deadline

Click here to read the full article. God Save The Queen. And Helen Mirren as Queen Elizabeth I. Queen Elizabeth II was amused today by yet another celebration of her 70th year on the throne. This time, it was a Windsor castle event called “A Gallop Through History,” which the horse-loving Queen delighted in watching. The theatrical arena event included 1300 performers and 500 horses, and consisted of  four acts, each overseen by a different event host, including Top Gun’s Tom Cruise, British actor Damian Lewis, Bridgeton’s Adjoa Andoh and veteran UK performer Alan Titchmarsh. The event was designed to take viewers on...
NFL・1 DAY AGO
Deadline

Click here to read the full article. Cinderella star Camila Cabello is joining The Voice. The pop star, known for hits such as Don’t Go Yet, is joining the 22nd season of the NBC reality competition series. She will join Blake Shelton, John Legend and Gwen Stefani on the panel, although Kelly Clarkson will not be part of the new lineup. Clarkson has served as a coach for the last eight seasons of the show. The Voice has always had a rotating group of coaches so there is always an opportunity for Clarkson to be back in the chair one day in the...
NFL・1 DAY AGO
Deadline

Click here to read the full article. Selena Gomez tonight made her debut as host of Saturday Night Live, speaking in her opening monologue about the Hulu series Only Murders in the Building, which has her starring alongside Steve Martin and Martin Short, and more. Gomez opened her monologue by noting that growing up, she’d watch the late-night show with her mother every week. “This is a big moment for me,” she said. “I actually started acting when I was seven, and I’ve been lucky enough to work with some Hollywood icons, [like] Steve Martin, Martin Short and, of course, Barney.” We...
NFL・2 DAYS AGO
Deadline

Click here to read the full article. Selena Gomez ended up with bags of onions and makeup multiple shades darker than her skin tone in a hilarious SNL sketch that spoofed Old Enough. The original Old Enough is a 90s series that hails from Japan shot documentary-style as filmmakers follow toddlers on errands for their parents, which recently began streaming in the U.S. via Netflix. In the Saturday Night Live sketch remake, instead of sending young children to the store, subjects send out their adult partners with a list of things to buy for them. Gomez plays Kelsey and her long-term boyfriend...
NFL・2 DAYS AGO