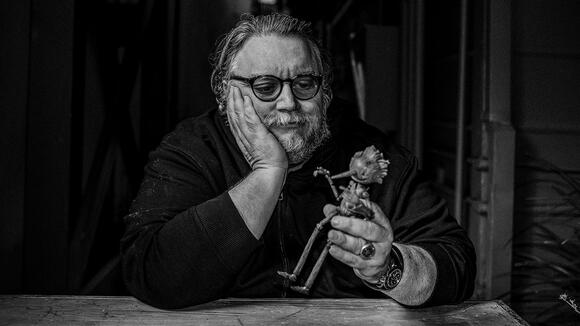 “I want to tell you a story,” Ewan McGregor ’s Cricket opens. “It’s a story you may think you know, but you don’t. Not really.”

He continues, “You see, I, Sebastian J. Cricket, was there. As a matter of fact, I lived — actually lived — in the heart of the wooden boy.” 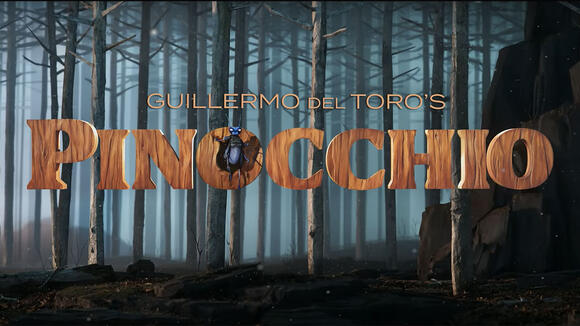 Del Toro’s take on the Carlo Collodi tale, originally published in the 1880s, is set during the rise of fascism in Mussolini’s Italy. It’s been described as a story of love and disobedience as a result of Pinocchio’s struggle to live up to his father’s expectations.

“We have spent a long time curating a remarkable cast and crew and have been blessed by continuous support from Netflix to quietly and carefully soldier on, barely missing a beat,” the Shape of Water and Nightmare Alley filmmaker said in a previous statement.

The stop-motion reimagining of Pinocchio is a part of del Toro’s multi-year agreement with the streamer that essentially gives him creative freedom, encompasses film and TV series and will see him engage in writing, directing and producing.

Watch the teaser, below.

Parasite Oscar winner Bong Joon Ho is filling out the cast for his next movie. Naomi Ackie, Toni Collette and Mark Ruffalo are joining Robert Pattinson in the untitled sci-fi pic for Warner Bros. Pictures based on Edward Ashton’s forthcoming novel Mickey7. Ruffalo and Collette are understood to be in talks to join the film, while Pattinson and Ackie have inked formal deals.More from The Hollywood Reporter'She-Hulk: Attorney at Law' Trailer Smashes 78M Views in 24 HoursPedro Almodovar, Tilda Swinton, Mark Ruffalo Demand "Full Accountability" for Killing of Palestinian Journalist'She-Hulk: Attorney at Law' Drops First Disney+ Trailer Mickey7 is described as Andy...
MOVIES・2 DAYS AGO
The Hollywood Reporter

Universal Pictures has set a summer 2023 wide release for DreamWorks Pictures’ The Last Voyage of the Demeter. The studio has shifted the release date for the adaptation of Bram Stoker’s classic novel Dracula from Jan. 27, 2023 to August 11, 2023. The Last Voyage of the Demeter centers on the merchant ship Demeter, chartered to carry fifty unmarked wooden crates from Carpathia to London, only for its doomed crew to endure strange events. Stalked each night by a merciless presence on board the ship, the Demeter eventually arrives off the shores of England as a charred, derelict wreck, with no trace of...
MOVIES・2 DAYS AGO
The Hollywood Reporter

Events of the Week: ‘Stranger Things,’ ‘Conversations With Friends’ and More

Netflix has canceled another one of its major shows, with this one getting the ax after only two seasons. Variety reports that hit sci-fi drama Raising Dion has been dropped by the streamer, following its recent season debut. The news seems to have been revealed by series star Sammi Haney, who shared the news with fans on Instagram. "Sad to say that Raising Dion is CANCELED [sic] Thank you for all of the amazing support we got from all of our wonderful fans!" Haney wrote, in part. "Season 2 was a success, equal to Season 1, even if just looking at how many people watched all of it and wanted a season 3!"
TV SERIES・26 DAYS AGO
The Hollywood Reporter

Kate Hudson has realized one of her dreams and has taken to Instagram to share the incredible news with her 15 million followers. Sharing two pictures of her looking casual in a pair of baggy dip-dyed trousers and a white tank top, and singing into a microphone, the actress announced a surprising career change.
CELEBRITIES・26 DAYS AGO

After weeks of silence, Chris Rock has finally addressed his now-infamous incident with Will Smith at March's 94th Annual Academy Awards. During another sold-out show at Baltimore's Lyric Performing Arts Center on Friday, Rock directly referenced the slap, but only spent a second on it before moving on with his set.
BALTIMORE, MD・28 DAYS AGO
TheStreet

Once again, Disney (DIS) - Get Walt Disney Company Report is finding itself embroiled in a political quagmire owing to its support of the LGBTQ community, after Florida Gov. Ron DeSantis punished Disney for denouncing his “Don’t Say Gay Bill,” by seeking to revoke Disney World’s designation as a special tax district (which as we pointed out, is ultimately a meaningless gesture).
FLORIDA STATE・26 DAYS AGO
The Hollywood Reporter

A beautiful Parisian woman; her ailing professor father; her married lover; wall-to-wall shelves teeming with books. On paper, it sounds like a narrative checklist for too many French films to count. But in the quietly miraculous One Fine Morning (Un beau matin), writer-director Mia Hansen-Løve and her leading lady Léa Seydoux make the old feel new again. Premiering in the Directors’ Fortnight sidebar — though it would have been a lovely competition selection — this is an immensely satisfying collaboration that finds both auteur and star further solidifying their spots among the greats of their respective fields.More from The Hollywood ReporterCannes:...
MOVIES・2 DAYS AGO
The Hollywood Reporter

Jennifer Connelly has been acting professionally for nearly 40 years, and even she has never experienced anything quite like Top Gun: Maverick. In the legacy sequel to Tony Scott’s Top Gun (1986), Connelly reunites with her Only the Brave director, Joseph Kosinski, as she plays Penny Benjamin, a former flame of Pete “Maverick” Mitchell (Tom Cruise). Penny, who’s now a single mother and bar owner, was actually mentioned twice in the original film, indicating that her flings with Maverick ended rather dramatically.More from The Hollywood ReporterCannes Diary: Why Tom Cruise Is Our Biggest -- and Most Elusive -- Movie StarCannes: Imax...
MOVIES・2 DAYS AGO

‘Three Thousand Years of Longing’ Star Tilda Swinton on Feature Films: “That Is My Flag, and I Fly It”

During the press conference for their movie Three Thousand Years of Longing on Saturday, George Miller and Tilda Swinton talked about their first meeting five years earlier at the festival. Both were attending the 70th iteration of the festival, which is this year celebrating its 75th edition, and met during dinner to celebrate the fest’s anniversary. “I sat next to someone I didn’t recognize and 15 minutes in I realized it was George Miller,” Swinton remembered. “We became friends quite quickly, but quite deeply. A year later, he had sent me a script.”More from The Hollywood ReporterNetflix Nabs Emily Blunt Package...
MOVIES・1 DAY AGO
The Hollywood Reporter

Paul Greengrass is set to direct Benedict Cumberbatch in upcoming period drama The Hood, sources close to the project have confirmed to The Hollywood Reporter. Written by Greengrass, the film is set to take place during the Peasants’ Revolt, a major uprising that took part across large parts of England in 1381 in response to issues, such as socio-economic and political tensions and high taxation. While exact details of the film are still being kept under wraps, THR understands that Cumberbatch will play a farmer who becomes the leader of the revolt (which could indicate that he’s playing the legendary Wat...
MOVIES・2 DAYS AGO
The Hollywood Reporter

Polish box office champ Patryk Vega (Pitbull, Women of Mafia) will make his English-language debut with a true-life gangster tale about Vladimir Putin’s rise to power in Russia. The film, whose working title is The Vor in Law, a reference to a Russian mafia term akin to “the godfather,” will look at Putin from his hardscrabble beginnings in St. Petersburg “all the way to the war in Ukraine,” Vega told The Hollywood Reporter.More from The Hollywood ReporterCannes: Lukas Dhont on the Pressures of Making a Second Film and Why His Competition Title 'Close' Explores FriendshipCannes: IFC Films Takes Sci-Fi Comedy 'Turn...
MOVIES・2 DAYS AGO
The Hollywood Reporter

“There is a way to responsibly collaborate or collaborate with love, because I think that — historically — these sorts of collaborations have been done as transactional, not sustainable and, frankly, hurtful.” So says Gina Gammell of the efforts behind the making of War Pony, the feature she co-directed with her close friend, the Max Mad: Fury Road and Zola star Riley Keough (marking both their directorial debuts and produced via their own Felix Culpa banner).More from The Hollywood ReporterCannes: Lukas Dhont on the Pressures of Making a Second Film and Why His Competition Title 'Close' Explores FriendshipCannes: IFC Films Takes...
MOVIES・2 DAYS AGO
The Hollywood Reporter

MCU star Jeremy Renner is set to play David Armstrong, the Pulitzer-winning investigative reporter who helped expose the Sackler family’s links to the U.S. opioid epidemic, in a new biopic from Hell or High Water producer Julie Yorn. Aron Gaudet and Gita Pullapilly will write and direct the as-yet-untitled project, which Yorn is producing alongside 101 Studios, who are introducing it to buyers in Cannes.More from The Hollywood ReporterCannes: Swiss Beauty Brand L.Raphael Sets Retail Expansion, Debuts PowerCure Skin SetCannes Street Style: From Eva Longoria to an Aspiring Filmmaker Inspired by Alain DelonRiley Keough's 'War Pony': Film Review | Cannes 2022 In...
CELEBRITIES・1 DAY AGO
The Hollywood Reporter

Austin St. John, who is best known for playing the Red Ranger in several Power Ranger franchise installments, was among those charged with conspiracy to commit wire fraud on Tuesday in a federal indictment related to the federal COVID-19 Paycheck Protection Program. The 47-year-old actor, also known as Jason Lawrence Geiger, was among the 18 defendants who were either arrested on suspicion of conspiracy or summoned to appear before a federal magistrate judge for the charges, according to the Department of Justice. If convicted, St. John could face up to 20 years in federal prison.More from The Hollywood ReporterSeth MacFarlane's Fuzzy...
SMALL BUSINESS・2 DAYS AGO
The Hollywood Reporter

Dressing for the Cannes Film Festival is always a bit of a challenge when the options for a typical day can bring you from the beach to black-tie in a matter of minutes. But these stylish visitors had no trouble, thanks to inspiration ranging from screen legend Alain Delon to 1960s rock & roll. More from The Hollywood Reporter'R.M.N.': Film Review | Cannes 2022Cannes Gives 'Triangle of Sadness' a Warm Embrace With 7 Minute-Plus Standing OvationCannes: How TikTok Creators Anna Sitar and Sara Echeagaray Navigated Festival Debuts Name: Eva Longoria Resides in: Los Angeles Occupation: Actress, producer, director, activist and humanitarian My Look (with hair...
DESIGNERS & COLLECTIONS・1 DAY AGO