Several cryptocurrencies are emerging to take on the king of the hill, Bitcoin . Ethereum 's (CRYPTO: ETH) trading price rose 408% in 2021. Investors like Ethereum as a viable competitor to Bitcoin because of its faster transaction speeds and its large ecosystem of decentralized applications (dApps) , which are programs that run on blockchains.

But there is another up-and-coming crypto starting to show promise. NEAR Protocol (CRYPTO: NEAR) rose 984% last year. This layer-one blockchain offers similar benefits in transaction speeds and utility value as Ethereum, but with much greater upside potential. Let's check it out. 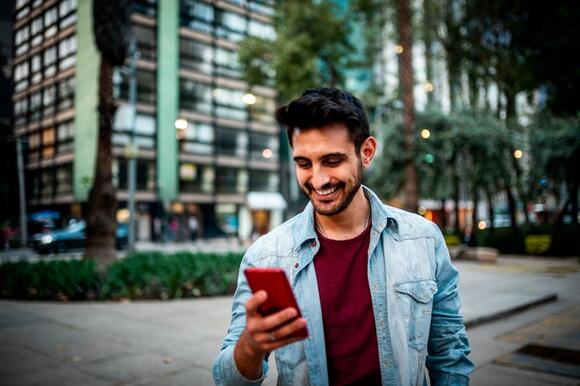 The entire crypto market is currently worth just over $1.5 trillion. If you're looking for a relatively safe but strong performer that can multiply your original investment, I would look at smaller blockchains that are seeing price momentum supported by a growing developer community.

NEAR currently has a market cap of $6.2 billion. It could rise 42-fold in value, and it would still only match Ethereum's current market cap of $268 billion.

On the other hand, if Ethereum increased 42 times in value, it would command a market cap of over $11 trillion, which is not likely to happen anytime soon.

Supporting the upside case for NEAR are some key developments in the past year that are starting to attract investor interest.

It can take six minutes to finalize a transaction on the Ethereum blockchain, but NEAR can currently process up to 1,000 transactions per second and has the potential to reach 100,000 per second.

NEAR uses a technology called sharding, which fundamentally makes it faster than Ethereum. With Ethereum, every transaction must be processed through every node in the network, which slows it down. But with sharding, the work is split among different nodes, so transactions can be processed much faster.

The NEAR Foundation says the rollout of its Simple Nightshade sharding mechanism will make its blockchain "super-fast, incredibly secure, and capable of onboarding millions of users into the world of Web3 without skipping a beat."

In the same announcement, NEAR disclosed that only 13% of the network was being used in mid-November of 2021, but the NEAR team said that the average number of daily transactions had risen to more than 300,000, with "more and more projects building" on the blockchain. Prices of cryptocurrencies tend to follow growth in developer projects, so this is a strong indicator of where NEAR might be heading.

NEAR has one of the fastest-growing developer communities, and that's being validated by a rising value in the market. I believe it's a promising cryptocurrency to buy with higher upside than Ethereum in 2022.

10 stocks we like better than NEAR Protocol
When our award-winning analyst team has a stock tip, it can pay to listen. After all, the newsletter they have run for over a decade, Motley Fool Stock Advisor , has tripled the market.*

They just revealed what they believe are the ten best stocks for investors to buy right now... and NEAR Protocol wasn't one of them! That's right -- they think these 10 stocks are even better buys.

One is a market leader. The other is an up-and-coming player.
MARKETS・1 DAY AGO
The Motley Fool

Is the Worst Behind Unity Software?

A small one-time hiccup should not scare investors away.
MARKETS・3 HOURS AGO

Winter is here and Coinbase is paying the price.
STOCKS・3 HOURS AGO
dailyhodl.com

Silk Road founder Ross Ulbricht is forfeiting billions of dollars worth of Bitcoin (BTC) and other crypto assets to the US government. According to a new court filing, Ulbricht will relinquish any claim to over 69,000 BTC and undisclosed amounts of Bitcoin Gold (BTG), Bitcoin SV (BSV) and Bitcoin Cash (BCH) worth a combined $3 billion as part of a settlement.
PUBLIC SAFETY・21 DAYS AGO
inputmag.com

Elon Musk, the world’s wealthiest man, who thinks tunnels are immune to natural disasters, is purchasing Twitter. The company confirmed on Monday afternoon that it had accepted the billionaire’s offer. “Twitter, Inc. today announced that it has entered into a definitive agreement to be acquired by an entity wholly owned by Elon Musk, for $54.20 per share in cash in a transaction valued at approximately $44 billion,” reads the official press release. “Upon completion of the transaction, Twitter will become a privately held company.”
BUSINESS・20 DAYS AGO
The Motley Fool

It takes a special kind of business to increase its dividend each year for more than six decades.
MARKETS・1 DAY AGO

If I Put My Money in the S&P 500, Should I Even Bother With Real Estate Investing?

Investing broadly in stocks is a good thing -- but that doesn't mean real estate shouldn't have a place in your portfolio.
MARKETS・1 DAY AGO
Markets Insider

Tesla has started underwriting auto insurance. Buffett previously said he would bet against any car company becoming a big winner in the space.
ECONOMY・21 DAYS AGO
The Motley Fool

Las Vegas Sands, Wynn Resorts, and Caesars Entertainment all roared ahead on Friday.
STOCKS・2 DAYS AGO
The Motley Fool

This Financial Safe Haven Could Be Costing You a Fortune

Just because you can't lose money doesn't mean there isn't a risk to keeping your savings here.
BUSINESS・1 DAY AGO
The Motley Fool

It's time to start thinking outside the box.
PERSONAL FINANCE・2 DAYS AGO
The Motley Fool

4 Ways to Protect Your Money From a Stock Market Crash

There are ways to keep your money safe no matter what the market does.
STOCKS・2 DAYS AGO