Shares of the special purpose acquisition company (SPAC) Digital World Acquisition (NASDAQ: DWAC) were down more than 15% at 11:40 a.m. EST today for no obvious reason other than a general decline in the broader market, which is having a tough day today. 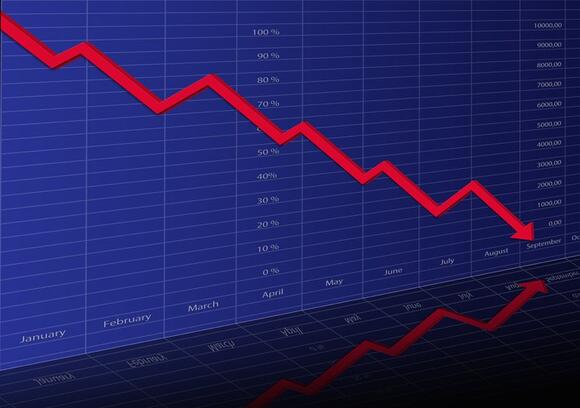 Truth Social says on its website that it encourages "an open, free, and honest global conversation without discriminating against political ideology." Once it launches, it is expected to pick up a big following among Trump voters, who believe that traditional social networks are not allowing them to speak freely.

Given the following on social media that Trump managed to build, the platform could certainly have a huge audience. Following the announcement of the merger, Digital World Acquisition shot up to more than $94 per share, likely making it one of the best-performing SPACs of all time. It currently trades around $62.

Investors are viewing a platform like Truth as a big disruptor to big tech. Trump Media will potentially roll out other media platforms as well.

But I think it's a bit early right now. The platform has not even launched yet and the Securities and Exchange Commission is investigating Digital World Acquisition for how it communicated with Trump Media prior to going public. With so much uncertainty, I would advise caution on the stock right now.

10 stocks we like better than Digital World Acquisition Corp.
When our award-winning analyst team has a stock tip, it can pay to listen. After all, the newsletter they have run for over a decade, Motley Fool Stock Advisor , has tripled the market.*

They just revealed what they believe are the ten best stocks for investors to buy right now... and Digital World Acquisition Corp. wasn't one of them! That's right -- they think these 10 stocks are even better buys.

New home sales in April came in weaker than expected.
STOCKS・21 HOURS AGO
The Motley Fool

Two of the legendary investor's recent purchases especially stand out.
STOCKS・1 DAY AGO
The US Sun

MILLIONS of Americans are set to receive Social Security checks worth up to $1,657 tomorrow. The cash boost will come just 48 hours before Supplemental Security Income payments, worth up to $841, are set to land in around eight million bank accounts on April 29. Seniors with birthdays on the...
BUSINESS・29 DAYS AGO
Fortune

Sign up for the Fortune Features email list so you don’t miss our biggest features, exclusive interviews, and investigations. U.S. tariffs on Chinese imports survived a change in administration, but the trade-war-era levies may not survive record inflation. “We’re certainly looking at where we see costs being raised and,...
PRESIDENTIAL ELECTION・29 DAYS AGO
The Motley Fool

It pays to check these off your list -- and soon.
REAL ESTATE・2 DAYS AGO

And why this could be a buying opportunity for long-term investors.
STOCKS・23 HOURS AGO
The Motley Fool

With time and patience, you can add zeros to your net worth.
STOCKS・1 DAY AGO
Entrepreneur