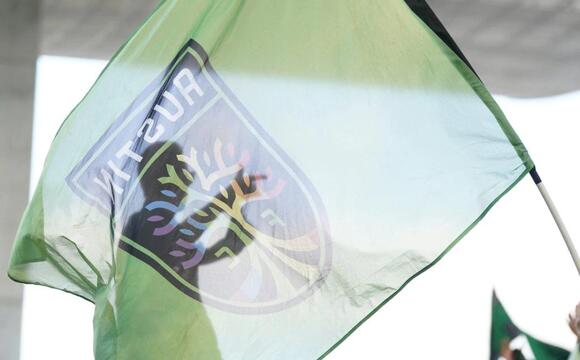 Austin FC announced the signing Monday of Norwegian defender Ruben Gabrielsen to a two-year contract with an option for the 2024 season.

He began his career at Norway’s Lillestrom in 2009, becoming the youngest player ever to debut in that country’s top flight at 17 years and 25 days. Gabrielson moved to Molde FK in 2014 and won two Norwegian league titles there.

“It’s a privilege to have the opportunity to join Austin FC and play at Q2 Stadium,” Gabrielsen said in a news release. “It’s an ambitious club, in a great city, with the best support in Major League Soccer. I can’t wait to contribute.”

Gabrielson has made two appearances with Norway’s national team.

“Ruben is a natural leader and has all the physical attributes of a top-level center back in Major League Soccer,” Austin FC sporting director Claudio Reyna said. “We look forward to welcoming him and his family to Austin. He’ll be a great addition to the team.”

The team also agreed to trade a 2022 international roster slot to Inter Miami CF in exchange for $225,000 in general allocation money.

Robin Lod recorded his team-leading sixth goal in the first half and D.J. Taylor scored just before the hour mark,
FRISCO, TX・15 HOURS AGO
Sportsnaut

Real Salt Lake scored twice in the second half to secure a 2-1 win against the host CF Montreal on
SANDY, UT・18 HOURS AGO
Sportsnaut

Sebastian Ferreira scored the opening goal of the match and assisted on the next two, leading the Houston Dynamo to
HOUSTON, TX・14 HOURS AGO

Union get points in Portland for first time, beat Timbers

Daniel Gazdag scored on a bicycle kick in the fifth minute as the Philadelphia Union won in Portland for the
PORTLAND, OR・12 HOURS AGO
Sportsnaut

The Dallas Fuel and Atlanta Reign made big moves up the West division standings by feasting on bottom feeders Sunday
DALLAS, TX・15 HOURS AGO
Sportsnaut

Chile’s Mito Pereira simply needed to par out on 18 Sunday afternoon to win the 2022 PGA Championship. For the
TULSA, OK・18 HOURS AGO