The stock market was having a volatile day on Monday, with all three major market indices posting major declines. As of 10:45 a.m. ET, the S&P 500 benchmark index was down by more than 2% on the day and is now officially in correction territory, down more than 10% from its high point.

Real estate technology company Opendoor (NASDAQ: OPEN) was a big underperformer. The iBuying leader was down by 11% for the day and has now reached a fresh all-time low. 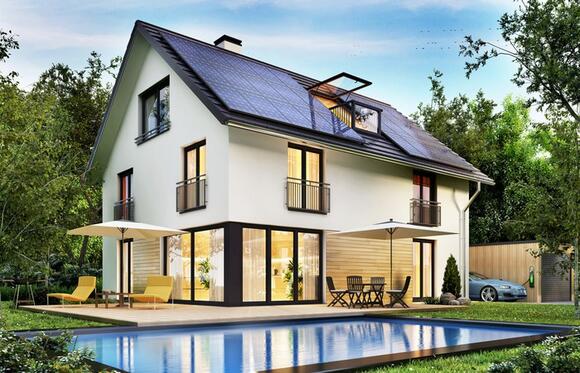 There isn't any company-specific news fueling today's decline. Rather, the recent market decline has disproportionately affected speculative, high-growth stocks, and Opendoor certainly fits into that category.

Of course, nobody enjoys watching their stocks plunge. Opendoor's 52-week high is above $39, so the current price of about $8.50 represents a big pullback.

However, if you're a believer in the long-term potential of the iBuying business as the future of real estate , now could be a great opportunity. Opendoor now trades for less than the $10 SPAC share price it traded for before Chamath Palihapitiya announced his Social Capital firm would take the company public. There are roughly $2 trillion worth of residential home sales in the U.S. each year, and if Opendoor can capture even a couple percentage points of that, the current $5 billion market cap could end up being a steal.

10 stocks we like better than Opendoor Technologies Inc.
When our award-winning analyst team has a stock tip, it can pay to listen. After all, the newsletter they have run for over a decade, Motley Fool Stock Advisor , has tripled the market.*

They just revealed what they believe are the ten best stocks for investors to buy right now... and Opendoor Technologies Inc. wasn't one of them! That's right -- they think these 10 stocks are even better buys.

Deere stock has come down in price, and there are some headwinds worth monitoring.
STOCKS・1 DAY AGO
The Motley Fool

New home sales in April came in weaker than expected.
STOCKS・2 DAYS AGO
The Motley Fool

These companies are set to ride secular growth trends.
STOCKS・1 DAY AGO
The Motley Fool

Income investors can find a safe haven in these dividend stock stalwarts.
STOCKS・1 DAY AGO

Two of the legendary investor's recent purchases especially stand out.
STOCKS・2 DAYS AGO
The Motley Fool

It's just a really bad time to buy.
REAL ESTATE・2 DAYS AGO
The Motley Fool

These stocks are trading at a discount, making them better buys for income investors.
NEW YORK CITY, NY・8 HOURS AGO
The Motley Fool

Your home may actually come to your rescue.
BUSINESS・2 DAYS AGO

REITs can be a port in the economic uncertainty storm.
STOCKS・10 HOURS AGO
The Motley Fool

It offers the powerful combination of growth and dividends.
STOCKS・2 DAYS AGO

Market volatility can be alarming, but there are ways to protect your money.
STOCKS・1 DAY AGO
The Motley Fool

These two Dividend Aristocrats may be worth buying now even if there's more pain ahead.
BUSINESS・2 DAYS AGO
The Motley Fool

These beaten-down digital assets are backed by a compelling investment thesis.
STOCKS・7 HOURS AGO
The Motley Fool

Among the Dow Jones Industrial Average's 30 components are three that analysts believe could more than double over the next year.
STOCKS・12 HOURS AGO
The Motley Fool

A federal windfall is looking unlikely. Here are other sources of money to look at.
BUSINESS・2 DAYS AGO
The Motley Fool

You can make your money go a long way with these rock-solid investments.
STOCKS・7 HOURS AGO
The Motley Fool

Stock splits might get investors excited, but here's a stock that's a big winner without one.
STOCKS・1 DAY AGO
The Motley Fool

With time and patience, you can add zeros to your net worth.
STOCKS・2 DAYS AGO