Kohl's, target of activist investors, gets a $9 billion buyout offer 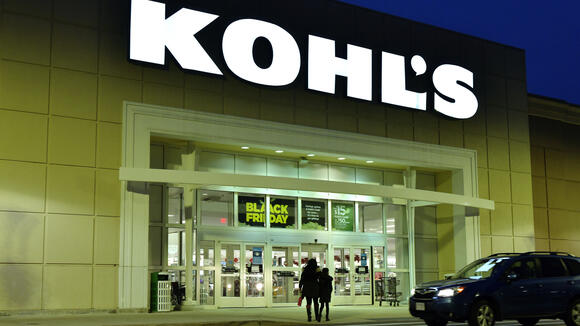 The quest for control of Kohl's is heating up. On Saturday, the retailer received an unsolicited $9 billion bid to go private from a consortium backed by an activist investor, according to published sources. The hedge fund, Starboard Value LP, offered to buy the department store chain for $64 a share in cash, The New York Times and The Wall Street Journal both reported. Starboard controls Acacia Research Corp., the group making the buyout overture, according to the reports. Its offer would be a significant bump up from the Kohl's current share price, which closed at $46.84 on Friday. A spokesperson for Kohl's didn't immediately return a request for comment. The company has been in the crosshairs of activist investors and short sellers for months. In December, Engineer Capital said in a letter to Kohl's board of directors "the public market is not appreciating Kohl's in its current form," and "there is no excuse for the Board to cling to the status quo." It was the second push from an activist investor group in 2021. Kohl's settled with another group in April , agreeing to appoint three new members to its board. And last week, another activist hedge fund, Macellum Advisors, said in a letter Kohl's board of directors and leadership team spent last year "materially mismanaging the business and failing to implement necessary" improvements. The hedge fund owns about 5% of Kohl's stock. Macellum said it planned to nominate a slate of new board members unless Kohl's decides to work with the firm. If Kohl's board won't make changes, the company should explore a sale, the activists said. In a statement Tuesday, the retailer said Macellum had been "unwilling to constructively engage" with Kohl's and said the fund's letter and announcement were "distracting." The knives have been out for the Kohl's for months as one activist investor after another has written to the board or publicly advocated for a change in leadership, company strategy or both. Brick-and-mortar giants such as Walmart and Target, as well as discount chains like TJ Maxx and Burlington have been pressuring department store chains for years. Some, such as Sears and Neiman Marcus, have been driven into bankruptcy. But Kohl's has taken steps to draw shoppers in recent years, including partnering with Amazon to accept returns on Amazon purchases at its own stores, adding new clothing and homegoods brands, expanded its merchandise, and even leasing out space at a handful of stores to Planet Fitness and Aldi. Nathaniel Meyersohn conributed to this story. The video featured in the player above is from a previous story. The-CNN-Wire & 2022 Cable News Network, Inc., a WarnerMedia Company. All rights reserved.

Sprouts Farmers Market, a popular regional grocery store chain in California, is closing two of its locations on June 3, 2022. Read on to find out which store locations will be affected by the closures.
CALIFORNIA STATE・3 DAYS AGO
Business Insider

A member of a superyacht crew also told The Times of London that one owner had his bar stools made from whale foreskin.
BOATS & WATERCRAFTS・28 DAYS AGO
Inc.com

Jeff Bezos, the founder and former CEO of Amazon, and Elon Musk, the CEO of Tesla and soon-to-be owner of Twitter, don't strike me as best buds. The two men have competed over the past few years for the title of the world's richest man, a title Musk holds. They also sort of compete in space, with Bezos' Blue Origin competing against Musk's SpaceX.
BUSINESS・27 DAYS AGO
The Guardian

B&Q owner Kingfisher has said it is managing inflationary pressures amid “resilient demand” for DIY despite the cost of living crisis in the UK and other markets. The retailer, whose other UK brand is the hardware trade supplier Screwfix, said sales had remained at elevated levels seen during the coronavirus pandemic, and that it was confident enough about its outlook to launch a £300m share buyback.
BUSINESS・38 MINUTES AGO

IPhone maker Apple Inc AAPL has opened a new store in Wuhan, China — its first in the Hubei Province. What happened: The Cupertino-based tech giant said its Wuhan store, which opened on Saturday, brings in a never-seen-before feature in its China stores: an exclusive pickup area for products ordered online.
RETAIL・32 MINUTES AGO
Benzinga