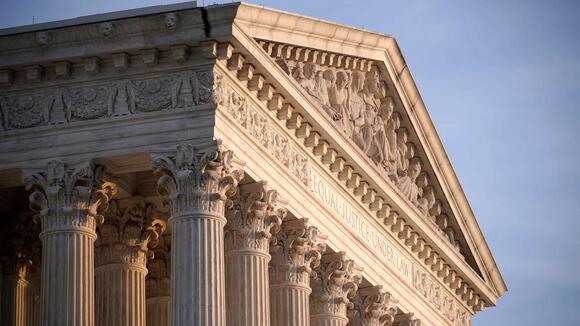 The U.S. Supreme Court on Monday said it would take up a pair of cases that could decide the future of affirmative action in college admissions.

It will be the first test on the issue for the court's 6-3 conservative majority, following the retirement of Justice Anthony Kennedy and death of Justice Ruth Bader Ginsburg , both of whom defended race-conscious admissions.

The group which brought the case -- Students for Fair Admissions -- alleges that Asian American applicants have been illegally targeted by Harvard and rejected at a disproportionately higher rate in violation of Supreme Court precedent and the students' constitutional rights.

MORE: Justice Stephen Breyer on being a justice: 'Don't let up,' and meditate

In the second case, the group alleges UNC refused to use workable race-neutral alternatives to achieve the stated goal of a diverse study body.

"Public schools have no legitimate interest in maintaining a precise racial balance," the group wrote in its brief to the court. "The same Fourteenth Amendment that required public schools to dismantle segregation after [Brown v. Board of Education] cannot be cowed by the diktats of university administrators."

That the Supreme Court has agreed to hear the cases is widely seen as an indication that the court could be willing to revisit its precedents on affirmative action and end the use of racial classifications in admissions altogether.

Chief Justice John Roberts has been among the most outspoken critics of affirmative action, famously declaring in a 2006 opinion, "It is a sordid business, this divvying us up by race."

"Harvard's mistreatment of Asian-American applicants is appalling," the plaintiffs wrote in their brief in the Harvard case. "That Harvard engages in racial balancing and ignores race-neutral alternatives also proves that Harvard does not use race as a last resort."

In a series of decisions, beginning in 1978, the court said that race could be used as one factor among many when considering college admissions applications but that a school could not use quotas or mathematical formulas to diversify a class.

Harvard has defended the educational value and social benefits of admitting a diverse student body and rejected claims that it has given outsized importance to race.

"Harvard does not automatically award race-based tips but rather considers race only in a flexible and non-mechanical way; consideration of race benefits only highly qualified candidates; and Harvard does not discriminate against Asian-American applicants," the school wrote the court in its brief.

The school is asking the court to affirm its precedent.

"The American public has looked to this precedent for assurance that the nation recognizes and values the benefits of diversity and that the path to leadership is open to all," it wrote.

The cases join a blockbuster series of issues on the Supreme Court's docket , including gun rights and abortion. It will likely be scheduled for oral argument this spring and decided by the end of June.

Sen. Ted Cruz (R-TX) abruptly walked off from a British journalist’s questions about gun violence in America two days after an elementary school massacre in his state left 19 children and two adults dead. Cruz, who is due to appear at a National Rifle Association convention this weekend, became...
CONGRESS & COURTS・1 DAY AGO
Fox News

Far-right favorite Kandiss Taylor received just 3.4 percent of the vote in Georgia’s GOP primary for governor on Tuesday, less than one-twentieth of current Gov. Brian Kemp’s 73.7 percent of the vote. But that isn’t stopping Taylor from refusing to concede and claiming the election was “rigged.”
GEORGIA STATE・14 HOURS AGO