Berkshire Hathaway CEO Warren Buffett is one of the most successful value investors of all time. By picking stocks that trade at steep discounts relative to their intrinsic value, Berkshire Hathaway consistently beat the broader market during his lengthy tenure as the company's primary stock picker.

Although classic value stocks fell out of favor during the nearly decade-long bull market over the course of 2010 to 2020, and Berkshire's stock underperformed some major U.S. stock indexes as a result, these tried and true investing vehicles are making a furious comeback during this current bear market. The long and short of it is that the increasing likelihood of rising interest rates and stubbornly high levels of inflation ought to favor Buffett's value-oriented approach to investing over narrative-driven growth stocks in 2022.

Which Berkshire Hathaway -- or Warren Buffett stocks -- are the best value plays right now? Bank of America (NYSE: BAC) and Teva Pharmaceutical Industries (NYSE: TEVA) are both trading at attractive valuations right now. Here's a brief overview on why these two Buffett stocks could be primed for a big year in 2022. 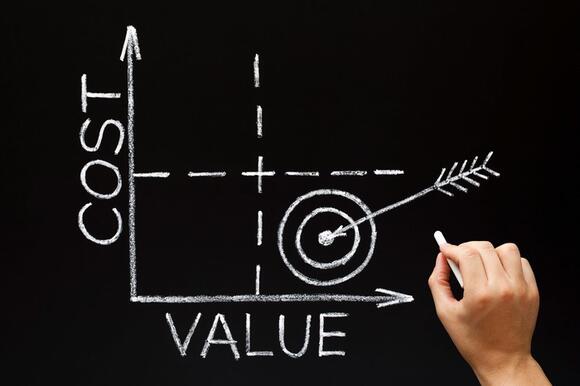 Bank of America: Rising rates are a positive for banks

Bank of America stock has risen by a jaw-dropping 833% over the past 10 years. The bank's share price has soared under CEO Brian Moynihan's leadership due to his laser-like focus on cost-savings and increasing asset quality .

Despite record low interest rates and modest profit margins during his tenure as CEO, for example, Bank of America has been able to ratchet up its bottom line through a combination of cost-cutting measures, the development of innovative new technologies, and a strong emphasis on lending primarily to low-risk borrowers. Bank of America, as a result, has slowly morphed into one of the best-run financial institutions in the world over the previous decade. That's an amazing turnaround in light of where the company stood immediately following the financial crisis of 2008 to 2009.

The best part of this story, though, is that the ongoing bull run in Bank of American's stock will likely only pick up steam as the Federal Reserve raises rates in 2022. In a nutshell, higher interest rates generally mean larger profit margins for banks, and hence, higher net incomes. Keeping with this theme, Wall Street thinks that Bank of America's annual revenue growth might jump by as much as 17% next year due mainly to higher interest rates. And if this line holds true, the bank's shares would be trading at less than 11 times forward-looking earnings right now. In short, Bank of America's shares might be dirt cheap right now.

Teva: A turnaround is inevitable

Generic and branded drug giant Teva Pharmaceuticals is definitely a contrarian pick. The drugmaker's ongoing litigation over the opioid epidemic in the U.S., its lack of a clear-cut franchise level medication, and enormous levels of debt due to the Actavis acquisition a few years back have caused its shares to drop by a whopping 76% over the last eight years. However, Teva appears to be firmly on the comeback trail.

Speaking to this point, Teva should be able to settle these opioid lawsuits relatively soon, and it has reduced its outstanding debt by over $12 billion since 2017. Furthermore, the drugmaker sports a cadre of newer growth products, such as Huntington's disease drug Austedo and migraine medication Ajovy, which ought to return it to respectable levels of top line growth by the middle of the decade.

What's the most compelling aspect to Teva's story? The pharma company's stock is trading at just three times forward-looking earnings right now. That's well below the industry average, implying that the market has gotten far too pessimistic about the drugmaker's near-term outlook. All told, Teva appears close to putting these various headwinds behind it, making its stock a screaming buy at these bargain basement levels.

10 stocks we like better than Bank of America
When our award-winning analyst team has a stock tip, it can pay to listen. After all, the newsletter they have run for over a decade, Motley Fool Stock Advisor , has tripled the market.*

They just revealed what they believe are the ten best stocks for investors to buy right now... and Bank of America wasn't one of them! That's right -- they think these 10 stocks are even better buys.

RH's stock has sold off, but patience will likely pay off.
STOCKS・2 DAYS AGO
The Motley Fool

It may not be as scary as homeowners expect.
REAL ESTATE・1 DAY AGO
Markets Insider

The major indexes were rising on Tuesday, and these stocks got some key recommendations.
STOCKS・2 DAYS AGO

Enjoy your "Golden Years" while these stocks preserve and build your nest egg.
STOCKS・22 HOURS AGO
The Motley Fool

Aside from its market-beating payout and track record as a Dividend King, there are other reasons to like Genuine Parts.
STOCKS・1 DAY AGO

Find out why the pros on Wall Street expect great things from these beaten-down growth stocks.
STOCKS・3 HOURS AGO
The Motley Fool

Real Estate Billionaires Started Off Doing This, and You Can Too

Learn how real estate billionaires got rich so you can emulate their success in your own real estate investing.
NFL・1 DAY AGO
The Motley Fool

These stocks have a history of rising dividends in a variety of conditions.
STOCKS・23 HOURS AGO
The Motley Fool

Why Lightspeed Commerce Stock Was Up Today

Growth is red-hot, and its bottom line is improving.
STOCKS・17 HOURS AGO
The Motley Fool

Why Nio Stock Is Surging Today

The electric vehicle stock is rising ahead of a new listing.
MARKETS・20 HOURS AGO