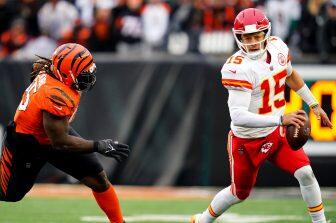 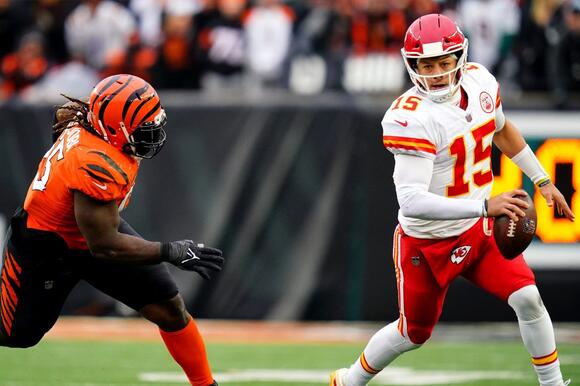 The Kansas City Chiefs and Cincinnati Bengals are battling it out in the AFC Championship Game, Joe Burrow vs Patrick Mahomes with the victor headed to Super Bowl LVI at stake.

This is familiar ground for the Chiefs. Kansas City hosts its fourth consecutive AFC title game, an NFL record. This is also a comfortable spot for head coach Andy Reid, who coached the Philadelphia Eagles in four straight NFC championship bought (2001-’04).

Cincinnati doesn’t have that experience. The franchise just snapped a 31-year drought without a playoff victory this postseason and its last AFC Championship Game appearance came on Jan. 8, 1989.

Let’s dive into everything you need to know about the Bengals vs Chiefs matchup.

Related: How to watch Bengals vs Chiefs AFC Championship Game

Below we’ll examine the Bengals vs Chiefs matchups, with bold predictions that will determine our AFC championship game prediction.

Kansas City did Chris Jones no favors this season by shifting him to defensive end. It’s not his natural spot and that reflected in his play. But once he kicked back inside after the Melvin Ingram trade , the 6-foot-6 defensive tackle returned to complete domination. 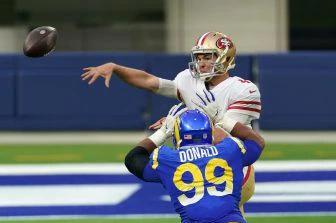 Even looking at the standard Chris Jones states will make an impression. Across 14 regular-season games, Jones recorded 17 quarterback hits and 9 sacks. But a look even further behind those numbers tells you even more. Pro Football Focus credited Jones with 65 pressures (3rd among interior defensive linemen) and 47 hurries (2nd). Meanwhile, Jones ranked second among defensive tackles in ESPN’s pass rush win rate (21%) .

Cincinnati’s interior offensive line just allowed Jeffery Simmons to record three sacks. It led the way in a team effort, tying the single-game playoff record (9 sacks). This is a matchup Jones can dominate, especially with the Bengals expected to pass a lot.

Maybe this prediction isn’t bold enough for the Bengals vs Chiefs matchup. In the Week 17 meeting, Ja’Marr Chase did the heavy lifting by recording 266 receiving yards. Because of his phenomenal performance, Hill only needed 40 yards for these two electrifying wide receivers to collectively hit the 300-yard mark.

We believe it can happen again. Cincinnati’s secondary never found an answer for A.J. Brown in the divisional round. The Pro Bowl wide receiver hauled in 5 of 9 targets for a whopping 142 receiving yards. While an impressive feat, it could have been even higher if Ryan Tannehill didn’t miss downfield throws. With Hill now healthy, his elusiveness and deep speed make this the perfect time for a monster game.

Chase isn’t going to top 260-plus receiving yards again, or at least he shouldn’t. But assuming that defensive coordinator Steve Spagnulo will suddenly make adjustments for him might be wrong. Chase scored two touchdowns, including a gorgeous 72-yard sprint , in the first half against the Chiefs in Week 17. Spagnulo didn’t make adjustments, leading to a 69-yard touchdown to open the third quarter.

Elite players make big plays on the grandest stage. The matchups are ripe for Chase and Hill to explode, setting the NFL world ablaze and leaving torched defensive backs in the rearview mirror.

Speaking of that last meeting, Burrow and Mahomes put on a show. While they didn’t set any NFL records, no one watching felt disappointed after seeing a combined 674 passing yards and six touchdowns. Everyone would love to see that again, but it could be even better.

According to Stathead , the record for most combined passing yards in an NFL game is 874. It came in Super Bowl LII when Nick Foles (373 yards) and Tom Brady (505 yards) collectively lit up the sky. In NFL history, there have only been three games with 800-plus combined passing yards (NE-PHI, Detroit Lions vs New Orleans Saints in 2012 Wild Card round and San Diego Chargers vs Miami Dolphins in 1982 Divisional Round ). 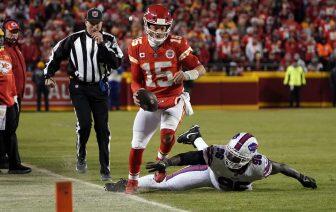 We could witness that feat on Sunday. Kansas City is going to exploit the Bengals’ secondary and in order to keep up, the Bengals must do the same. We just saw Josh Allen and Mahomes combine for 683 net passing yards in a game where both teams combined for 291 rushing yards.

Be prepared for fireworks. Each of these offenses is capable of scoring 35-plus points and their quarterbacks can make it look easy. While we have seen some low-scoring playoff games, that’s not the expectation from this Bengals vs Chiefs duel.

It’s not a surprise that the Chiefs are favored to win, especially at home. The Bengals needed some very fortunate calls and a few uncharacteristic defensive penalties by Kansas City’s defense late to pull off the win. Everyone is also a prisoner of the moment and the Chiefs’ thrilling win generates more buzz than a 19-16 victory over the Tennessee Titans. 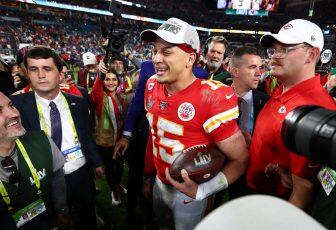 We fully expect this game to come down to the wire. Mahomes and Burrow will go shot for shot at times and their receivers will deliver highlights NFL fans watch for years. But experience and winning inside the trenches matter. Because of those factors, Mahomes will deliver late to send the Chiefs to their third consecutive Super Bowl. One thing is for certain, Bengals vs Chiefs will go down as a playoff classic.

It doesn’t take much to spark a frenzy among the NFL community. Our latest example of this craze came when
NEW ORLEANS, LA・1 HOUR AGO
Sportsnaut

The Buffalo Bills signed their first-round pick Kaiir Elam to his four-year contract worth a fully guaranteed $13.69 million, Pro
NFL・2 HOURS AGO
Sportsnaut

Set to become a free agent this past offseason, the Cincinnati Bengals made sure to place the franchise tag on
CINCINNATI, OH・3 HOURS AGO
Sportsnaut

Who doesn’t need a 6-foot-10 forward with 3-point range and an on-your-head dunk mindset? That’s what oddsmakers are asking about
NBA・1 HOUR AGO
Sportsnaut