Retirees shouldn't plan to live on Social Security alone, but that doesn't mean it's not smart to try to get the largest possible monthly benefit.

A bigger Social Security check can come in handy if your savings starts to run dry, since your checks won't end over the course of your life. During times of high inflation, Social Security checks also get bigger, helping to protect you from declining buying power due to rising prices.

But how exactly can you make your retirement checks larger? There are five steps you should consider, some of which can be taken throughout your life, and others that become available to you in your later years. 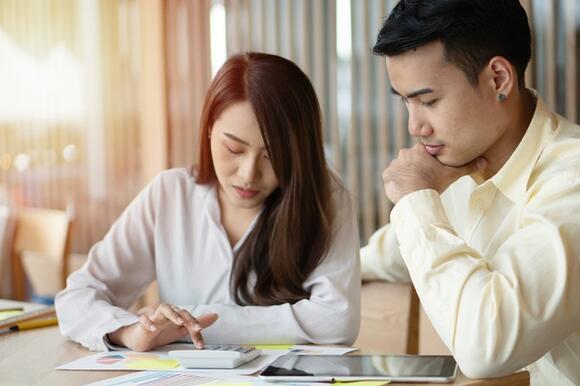 Social Security checks are designed to replace around 40% of preretirement income, and each person's benefit amount is calculated based on what they were earning before leaving the workforce.

A higher income will almost always translate to a larger monthly benefit. But to make a big impact, you'll need to earn that bigger salary for as long as possible. This means the sooner you can start boosting your earnings, the better.

Avoid complacency with your current job if you're serious about earning as much as you can -- both now and in your future Social Security checks. Always be on the lookout for better opportunities; make yourself invaluable to your employers; and advocate for yourself by monitoring whether your salary is keeping pace with market value and asking for more money when negotiating upon being hired or during periodic performance reviews.

Social Security's benefits calculation formula gives retirees a percentage of average wages during their 35 highest-earning years after wages have been adjusted for inflation.

You want as many years of high earnings as possible to be part of your average. As a result, if you have low earning years included -- either from the start of your career or during periods of unemployment -- amassing a work history that spans more than 35 years is smart.

Although you can start Social Security checks at 62, early claimers end up with less monthly income. Seniors are assigned a full retirement age (FRA) based on birth year. Claiming even one month ahead of that age results in early filing penalties that permanently reduce monthly income.

Those who want the biggest monthly checks and the best odds of getting more lifetime benefits won't just wait until FRA, though. Delayed retirement credits can actually be earned until 70, resulting in a benefit increase for each month a senior waits to claim Social Security after hitting full retirement age.

Delaying doesn't work out for everyone, as those with serious health issues may be better off with an early claim. But for the majority of seniors, putting off the start of benefits is the better financial move.

4. Coordinate with your spouse

There are dozens of different Social Security-claiming strategies married couples can use, but they won't maximize their combined lifetime benefits without coordinating with each other.

Often, the best strategy is for the lower-earning spouse to start checks sooner, bringing in income that enables the higher earner to delay and maximize monthly income and survivor benefits.

But this isn't the right strategy for everyone. Those who are married or who divorced after a marriage lasting at least 10 years need to explore their options very carefully.

5. Minimize the taxes being taken out of your checks

For older Americans who currently live in one of the 13 states that tax Social Security benefits , a move may be in order if their local government is taking a piece of their checks.

Avoiding federal taxes is harder without advanced planning, but investing in a Roth IRA throughout your career can make it possible to avoid having retirement income that renders Social Security benefits taxable. That's because the formula used to determine if taxes are owed only takes into account taxable income and half of Social Security benefits, so Roth distributions don't count.

Each of these five steps can make a difference in your monthly Social Security checks, but together they can leave you with thousands more per year. It's worth considering which ones make sense for you so you can have the most security possible in your later years.

Are you on track to earn the $4,194 max benefit amount?
BUSINESS・1 DAY AGO
GOBankingRates

According to the U.S. Department of Agriculture, emergency allotments were authorized under the Families First Coronavirus Response Act to help address temporary food needs during the pandemic for...
POLITICS・5 DAYS AGO
The Motley Fool

It may not be as scary as homeowners expect.
REAL ESTATE・8 HOURS AGO
The Motley Fool

This is all essential information to have.
BUSINESS・2 DAYS AGO

Are these in line with what you're expecting?
REAL ESTATE・2 DAYS AGO
GOBankingRates

May is almost here, and millions of households are looking forward to their next SNAP payments. See: Surprising Things You Can Buy With Food StampsFind: SNAP 2022 -- Is My State Giving Out Extra Money...
AGRICULTURE・1 DAY AGO
The Motley Fool

Dave Ramsey Says You Should Use a Debit Card Instead of a Credit Card. Is He Right?

Does using a debit card instead of a credit card make sense?
PERSONAL FINANCE・2 DAYS AGO

This Move Can Help Retirees Boost Social Security Income by Over $10,000 Annually

An extra $10,000 or more per year could make a huge difference in your later years.
PERSONAL FINANCE・2 DAYS AGO
The Motley Fool

It's a safe investment and could have a big payoff.
MARKETS・2 DAYS AGO
The Motley Fool

A big change is almost certain to come to Social Security next year.
BUSINESS・1 DAY AGO
The Motley Fool

Here's Why I Don't Keep More Money Than Necessary in Savings

You could end up kicking yourself if you fall victim to this mistake.
PERSONAL FINANCE・11 HOURS AGO
The Motley Fool

Real Estate Billionaires Started Off Doing This, and You Can Too

Learn how real estate billionaires got rich so you can emulate their success in your own real estate investing.
NFL・7 HOURS AGO
The Motley Fool

Stimulus Update: There May Still Be Hope for Monthly Child Tax Credit Payments in 2022. Here's Why

Lawmakers haven't given up on the fight for more expanded Child Tax Credit payments in 2022. Here's what you should know about the push for more benefits.
INCOME TAX・6 HOURS AGO
The Motley Fool

Still Waiting on a Tax Refund? The IRS May Owe You Interest

Some taxpayers may have an interest payment coming from the IRS.
INCOME TAX・5 HOURS AGO
The Motley Fool

The creator of the 4% retirement says it needs to change.
BUSINESS・7 HOURS AGO
The Motley Fool

Is It Safe to Store Cryptocurrency on Coinbase?

Investors need to understand the risks associated with custodial wallets.
MARKETS・7 HOURS AGO
The Motley Fool

Are you making the same mistake?
ECONOMY・9 HOURS AGO