That initially seems like a one-two punch for Sony's gaming and network services (G&NS) business, which generated 27% of its revenue and 28% of its operating profits in the first half of fiscal 2021. But if we take a closer look at this massive deal, we'll see that those fears are largely overblown. 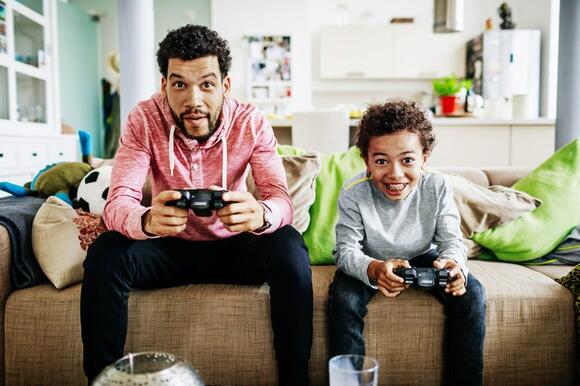 It's easy to assume that Microsoft will cut Sony out of the loop and keep Activision's games for itself, but contractual obligations will likely prevent that from happening anytime soon.

For example, many people assumed Microsoft would turn Bethesda's new games into Xbox exclusives right after buying the publisher of Doom , Fallout , and The Elder Scrolls last March. That hasn't happened yet. Instead, Bethesda still launched Deathloop as a timed PS5 exclusive last September, and it will do the same with Ghostwire: Tokyo later this year.

Those releases indicate Bethesda still needs to honor its existing contracts with Sony, even if Microsoft already owns its parent company ZeniMax Media. Sony likely holds similar contracts with Activision for timed exclusives and cross-platform games. In a statement issued to The Wall Street Journal , Sony said that it expected Microsoft to "abide by contractual agreements and continue to ensure Activision games are multiplatform."

Microsoft also doesn't seem to be in a hurry to lock in Activision's games. In a press release, Microsoft's gaming chief Phil Spencer pointed out that Activision's games were "enjoyed on a variety of platforms" and that it would continue to support those communities moving forward.

It's smarter for Microsoft to sell PS5 games

Microsoft and Sony both launched their newest gaming consoles in November 2020, but Microsoft remains an underdog in the console race .

That huge gap highlights a dilemma for Microsoft: Would it be smarter to generate stable revenues from PlayStation players with new Activision games, or should it sacrifice those revenues to boost its hardware sales with Xbox-exclusive titles? The first choice makes a lot more sense since Microsoft and Sony both sell their games at much higher margins than their consoles.

Microsoft might eventually launch an Xbox-exclusive Call of Duty game, but it's highly doubtful that Activision will stop selling PlayStation games altogether.

Shortly after Microsoft announced its plans to buy Activision, the U.S. Department of Justice (DOJ) and Federal Trade Commission (FTC) launched a joint review of the country's antitrust merger guidelines.

The timing of that announcement, along with the DOJ and FTC's ongoing probes of other tech giants, indicates Microsoft's takeover of Activision Blizzard -- which will make it the third-largest gaming publisher in the world by annual revenue after Tencent and Sony -- will be closely scrutinized .

Turning Activision's games into Xbox exclusives would likely cause the DOJ and FTC to take a much closer look at the deal, so it makes more sense for Microsoft to remain on good terms with Sony for the time being.

The deal probably won't close until 2023

Microsoft expects the deal to close sometime in fiscal 2023, which starts at the end of June. But with all the regulatory hurdles it needs to clear, the deal will more likely close in the second half of its fiscal year rather than the first. That aligns with the first half of the calendar year 2023.

By the time Microsoft finally closes its takeover of Activision Blizzard, the Xbox Series and PS5 will be mature console platforms with established audiences. As a result, Activision's Xbox exclusives might have a limited impact on helping Microsoft catch up to Sony in hardware sales.

Sony's sell-off was a knee-jerk reaction from nervous investors and doesn't indicate that Microsoft will actually torpedo Sony's PlayStation business.

Microsoft's move will strengthen its first-party library and Game Pass platform, which already serves more than 25 million subscribers. But it definitely won't derail Sony's massive gaming business, which can easily retaliate by expanding Spartacus and making its own acquisitions.

Teresa Kersten, an employee of LinkedIn, a Microsoft subsidiary, is a member of The Motley Fool's board of directors. Leo Sun has no position in any of the stocks mentioned. The Motley Fool owns and recommends Activision Blizzard, Microsoft, and Tencent Holdings. The Motley Fool has a disclosure policy .

SAND gains 10%. Is the future of crypto based in gaming?
VIDEO GAMES・1 DAY AGO
dailyhodl.com

Silk Road founder Ross Ulbricht is forfeiting billions of dollars worth of Bitcoin (BTC) and other crypto assets to the US government. According to a new court filing, Ulbricht will relinquish any claim to over 69,000 BTC and undisclosed amounts of Bitcoin Gold (BTG), Bitcoin SV (BSV) and Bitcoin Cash (BCH) worth a combined $3 billion as part of a settlement.
PUBLIC SAFETY・26 DAYS AGO
The Motley Fool

The company's founder is wealthier than Buffett himself.
STOCKS・2 DAYS AGO
inputmag.com

Brookfield Renewable is on course to become the ExxonMobil of the clean energy industry.
ENERGY INDUSTRY・1 DAY AGO
Inc.com

Jeff Bezos, the founder and former CEO of Amazon, and Elon Musk, the CEO of Tesla and soon-to-be owner of Twitter, don't strike me as best buds. The two men have competed over the past few years for the title of the world's richest man, a title Musk holds. They also sort of compete in space, with Bezos' Blue Origin competing against Musk's SpaceX.
BUSINESS・26 DAYS AGO
Entrepreneur

At least not in electric vehicles.
ECONOMY・1 DAY AGO
The Motley Fool

Strong price performance from these three large-cap tokens has investors excited about the near-term prospects of this sector.
STOCKS・1 DAY AGO
The Motley Fool

It's not a surprise that people are ditching cable for streaming. But how much farther could the trend go?
TV & VIDEOS・2 DAYS AGO
The Motley Fool

Want to Get Richer? 5 Top Stocks to Buy Now and Hold Forever

You've heard the expression that "a diamond is forever." Here are the "diamonds" of tech.
STOCKS・22 HOURS AGO
The Motley Fool