Piecing Together a Russell Wilson Trade for the Saints 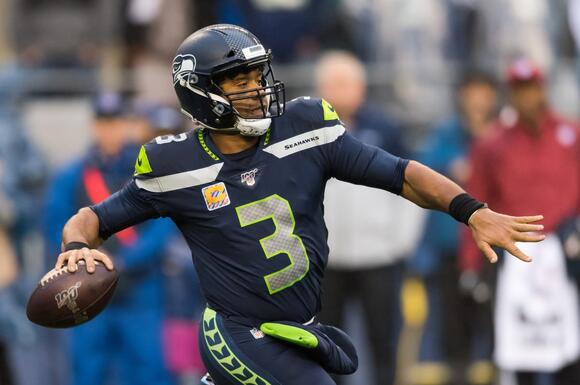 The Saints News Network Krewe gets together to give their thoughts and pitch their best trade offers for Seahawks quarterback Russell Wilson.

There's a lot of noise going on concerning the Saints, and it's all related to Sean Payton. The silence is deadly, and we'll only see what happens in time. However, one thing is certain for New Orleans going into 2022, and that's the fact of having to get better at the quarterback position. Seahawks quarterback Russell Wilson is a hot name that could be on the move, but that's not certainly a given.

We looked at a few options the Saints have going into the new season. Could getting a marquee quarterback make New Orleans a more attractive destination for a free agent? We previously discussed how bad the wide receiver production was, and that's also an area that leaves a lot to the imagination for the team. The upgrade for a Sean Payton-led offense is more necessity than luxury right now.

The Saints News Network team got together recently to give their thoughts on what it would take for New Orleans to land Russell Wilson from the Seahawks.

The Saints still have the defense and enough offensive talent to be in a win-now mode, all they need is the quarterback. On the other hand, if the Seahawks trade Wilson, they would close any chance they have of winning for the next few years. This deal could allow the Saints to make a run at a Super Bowl and allow Seattle to begin a rebuild.

This trade proposal would involve two rare sightings in the NFL. The first being a star quarterback being dealt within the same conference, and the second being a “sign and trade” deal, made popular by the NBA.

Wilson is reportedly surveying his options to find a new team and start fresh at 33 years old. The 7x Pro Bowler and Super Bowl Champion has been linked to New Orleans multiple times over the past few seasons between his relationship with longtime Saints quarterback Drew Brees and the near perfect fit for Sean Payton’s offense. New Orleans is in dire need of an offense spark and adding a talent like Wilson, and it would propel them right back into a Super Bowl title chase with the stellar defense they have displayed over the past few seasons.

For Jameis Winston, a trade to Seattle allows him the opportunity to continue his efforts to revitalize his NFL career alongside one of the best young receivers in the game, DK Metcalf. In this trade scenario, both teams receive a quarterback to attempt to better their respective franchises grow, build, and win in the NFC.

Should the Saints and Seahawks agree on a Russell Wilson trade, it would be expensive for New Orleans. Wilson is expected to account for $37M (2022) and $40M (2023) against the cap for the Seahawks. If the Saints are willing to take on the massive cap hit and trade future draft choices, it could become problematic.

The Seahawks would look for a first-round pick in at least 2022 and a minimum of a third-round or fourth-round choice for 2023 to take Wilson and his inflated contract off of their hands. Wilson will be 34 in 2022. The question would be, is it worth mortgaging future draft picks for him at the juncture of his career. He's a great quarterback, but could Winston or another fit the Saints better in the long run.

The four names I'm watching at quarterback for the Saints are Jameis Winston, Russell Wilson, Derek Carr, and Jimmy Garoppolo. I think Winston is the early odds-on pick to be the one.

However, if a guy like Wilson is available, you have to at least inquire if you're the Saints. He'd make New Orleans an instant Super Bowl contender in the eyes of the national media. To me, the Saints are just a couple pieces away from being a legitimate contender already. I think that a trade for Wilson would require at least two first-round picks, a second or third rounder, and perhaps even a starting quality player.

Here's some things to remember on Wilson. He can waive his 'no-trade' contract clause, which allows him to somewhat dictate where he wants to go next. Also, when you look at the overall contract hits, the prorated $13 million in his deal over the final two years is paid by Seattle. So, in essence, Wilson's hits would end up being $24 million (2022) and $27 million (2023). A $26 million cost to trade away your QB would need a pretty substantial return in value.

The conversation would likely start at two 1st Round picks from the Saints in each of the next two seasons. For 2022, that'd be the 18th Overall pick. Seattle doesn't have a pick until Round 2, which is 41st Overall. This could allow them to rebuild some under Pete Carroll with a QB.

Offering a conditional pick along with a player could help sweeten the deal, but it feels like New Orleans would have to part with a Day 2 pick in either 2022 or 2023 to help get things going as well. You could get away with possibly trading Andrus Peat or Cesar Ruiz. Calvin Throckmorton came in and showed a lot of good tape during the year, and James Hurst is a versatile veteran you could bring back to help the line.

Is Russell Wilson worth that much in value? The simple answer is yes. When you look back at the recent draft history in the 1st Round, that seems like a pretty simple price tag to open with. You'll get some compensatory picks in the 3rd Round, and New Orleans is typically very aggressive when they approach the draft. Losing a starter is never ideal in this situation, but might be necessary to push things over the top.

If all this Sean Payton talk has any merit to it, then him coming back means the Saints have to push their chips forward and go 'all-in'. They're entirely too talented defensively to see another lackadaisical offense.

Thursday's session of Saints OTAs open to the media brought us plenty of things to see and observe.
NEW ORLEANS, LA・1 DAY AGO
SaintsNewsNetwork

What Saints Players Said After OTAs

Several players had good things to say after Thursday's Saints OTA session. Here's some of the best quotes from the locker room.
NEW ORLEANS, LA・3 HOURS AGO
SaintsNewsNetwork

Saints Transactions: May 25 and May 26

New Orleans Saints official transactions from May 25 and May 26.
NEW ORLEANS, LA・1 DAY AGO

Things to Watch for and Expect at Saints OTAs

Saints OTAs are here, and here's a few things to know and keep a close eye on as things unfold over the next several weeks.
NEW ORLEANS, LA・2 DAYS AGO
SaintsNewsNetwork

The Saints-Packers preseason game was announced on Wednesday, which means we have the full schedule for New Orleans.
NEW ORLEANS, LA・2 DAYS AGO
SaintsNewsNetwork

Saints Jameis Winston Has Chance to Silence Critics for Good

New Orleans showed faith in QB Jameis Winston this offseason, evidenced by their personnel moves. Winston has a prime chance to reward that faith and forever silence his remaining critics.
TAMPA, FL・2 DAYS AGO