Even before it lost 25% of its value over the last two months, Salesforce.com (NYSE: CRM) was only worth about $300 billion or so. Now it would have to climb nearly fivefold to reach trillion-dollar status, a rarified group of stocks that only six companies have achieved.

As good as the customer relationship management leader is, is it possible Salesforce's market cap will hit the $1 trillion market in the next decade or so, let alone by 2030? The software-as-a-service (SaaS) stock has admittedly been on a tear since its IPO in 2004, rising almost 900% before the pullback began, so let's see if Salesforce has what it takes to join some of the biggest, most successful companies in that elite winner's circle. 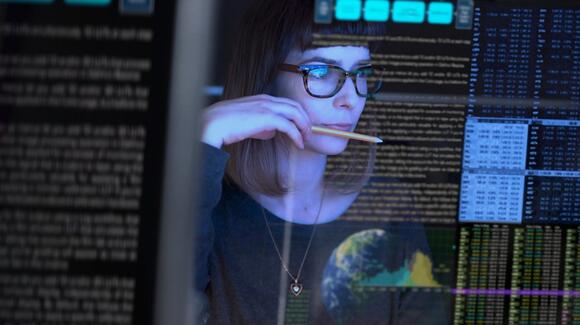 How business gets done

There is a reason investment services are required to tell you past performance is no guarantee of future results: What goes up can just as easily come down. The stock market is littered with examples of once-mighty companies, not just falling on hard times but not existing anymore.

Sears was once the premier retailer in the country before it was run into the ground. Now there are fewer than two dozen full-line stores left in operation.

Salesforce.com is certainly not in any danger of following the once-venerable retailer into the dustbin of commercial history. However, investors are always wise to keep an eye on factors that could upend a company's position in the market.

Sears probably could have used Salesforce's help to avoid that fate, as the CRM leader's positioning happens to be atop the heap of businesses helping consumer-facing companies to improve their customer relationships and grow sales.

According to the industry analysts at IDC, Salesforce.com was responsible for almost 20% of global CRM spending in 2020, more than Oracle , SAP , Microsoft , and Adobe combined.

It achieved such status by being first to simplify the often complicated sales and customer service tools that differentiate enterprise-level businesses from their small- and medium-sized counterparts. By bringing such systems into the hands of even mom-and-pop stores, Salesforce leveled the playing field and became monstrously successful. 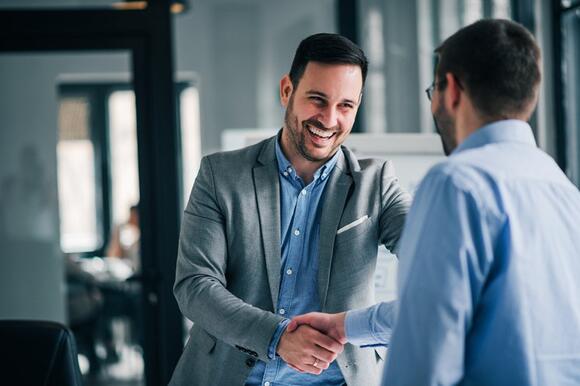 It's Salesforce.com's game to lose

Analysts call it the "Salesforce economy," which they estimate will create 9.3 million jobs and generate $1.6 trillion in new business revenue by 2026 as CRM software spending by the industry runs at double-digit annual growth rates through at least the middle of the decade.

Salesforce will undoubtedly garner the lion's share of that growth as IDC says that a business that partners with the SaaS leader will generate $6.19 of additional revenue for every $1 Salesforce makes . When the CRM specialist benefits, so do its customers, and vice versa.

Yet Salesforce is attempting to pad its lead, engaging in a CRM land grab by buying up Slack Technologies for $28 billion, along with business website developer Mobify and company management specialist Vlocity. Management is guiding fourth-quarter revenue to $7.23 billion at the midpoint of its range as a result of the acquisitions, up from $5.82 billion last year.

That's slightly below Wall Street's estimates, and it contributed in part to why Salesforce's stock has slid. A dicey economy also creates doubt about its ability to keep expanding. But as we saw during the pandemic, new businesses were started at a record rate, 4.4 million for all of 2020. A downturn could cause a new spike in Salesforce's business. 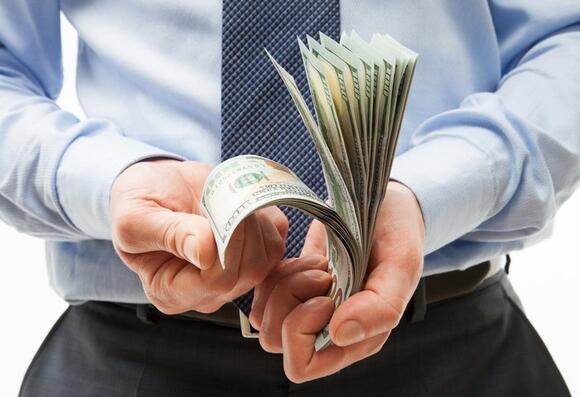 A rich reward on the horizon

Will Salesforce.com turn into a $1 trillion company within the next eight years? While I think it may be difficult to achieve in that particular timeframe, the CRM specialist has all the tools it needs to achieve it.

Yet even if it doesn't happen by 2030, I think Salesforce.com will be launched into that exclusive club sooner rather than later. Although its stock is still richly valued despite the recent pullback, for an investor with the appropriate long-term mindset, that should not be a difficult hurdle to overcome.

These steady stocks are highly attractive following a 27% decline in the Nasdaq.
STOCKS・2 DAYS AGO

Las Vegas Sands, Wynn Resorts, and Caesars Entertainment all roared ahead on Friday.
STOCKS・2 DAYS AGO
The Motley Fool

Market volatility is exposing problems with some growth stocks.
STOCKS・1 DAY AGO

Here's one stock that continues to perform even as many stocks in the broader market sell off.
STOCKS・1 DAY AGO
The Motley Fool

The market is seeing a big bounce.
STOCKS・2 DAYS AGO
The Motley Fool

These leaders in different industries have topped the market for a decade, and each is a buying opportunity now.
BUSINESS・2 DAYS AGO
The Motley Fool

It's time to start thinking outside the box.
PERSONAL FINANCE・2 DAYS AGO
The Motley Fool

This Financial Safe Haven Could Be Costing You a Fortune

Just because you can't lose money doesn't mean there isn't a risk to keeping your savings here.
BUSINESS・1 DAY AGO
The Motley Fool

These two businesses are in a great position to thrive over the next several years.
STOCKS・6 HOURS AGO
The Motley Fool

It pays to start putting money into real estate. These options could make you a fortune.
REAL ESTATE・1 DAY AGO
The Motley Fool

Stocks on Sale: Is AMD a Buy?

Shares of AMD are down 40% this year, but its fundamentals still look strong.
STOCKS・6 HOURS AGO