Over the past few months, the stock market has been experiencing sell-offs which has created great buying opportunities for wise investors. There's nothing like getting a high-quality long-term investment at bargain prices. Shares of AbbVie (NYSE: ABBV) , Merck (NYSE: MRK) , and CVS Health (NYSE: CVS) all are below $150. Each of the healthcare stocks offers an above-average dividend to go with plenty of growth potential.

While their shares have all risen recently, I still see possibilities for greater gains. All three land in the "Yes, but..." category for investors. Yes, AbbVie is doing great, but what about the Humira patent cliff? Yes, Merck has Keytruda, but what happens once the drug's revenue falls? Yes, CVS has thrived on COVID-19 shots and testing, but what about when the COVID demand declines?

In all three cases, the concerns are overblown and provide an opportunity for long-term investors. 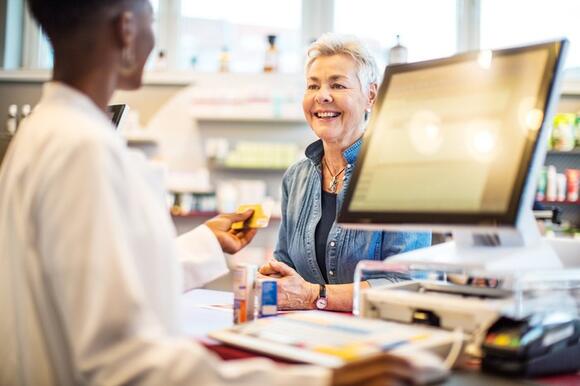 AbbVie has more going on than just Humira

Pharmaceutical company AbbVie is up more than 20% over the past year and down 2% so far this year. The company's large stable of cancer and immunological drugs has driven its strong financials. Over the past five years, its quarterly revenue has climbed 119.4% and its quarterly earnings before interest, taxes, depreciation, and amortization ( EBITDA ) has risen 134.6% over that period.

During that time, the company had the world's top-selling drug, Humira, used to treat numerous inflammatory conditions. The drug brought in a reported $15.3 billion in revenue through the first nine months of 2021, but it is scheduled to go off-patent in the United States in 2023. However, as Humira's sales ebb, AbbVie has begun to replace them with its other two top performers, Skyrizi and Rinvoq, both immunological drugs. The company said this month that it expects to have more than $15 billion in annual sales from the two drugs by 2025.

AbbVie is a rarity among pharmaceuticals because it offers a rather generous dividend . It raised its quarterly dividend this year by 8.5% to $1.41 per share, giving it a yield of 3.91%. Counting its time as a subsidiary of Abbott Laboratories , it is raising its dividend for the 50th consecutive year this year, making it a Dividend King . Since it split off from Abbott in 2013, the company has raised its dividend by more than 250%. There's plenty of room for continued growth with a cash dividend payout ratio of 41.74.

After a sluggish 2021, Merck is up more than 5% so far this year. Over the past five years, the company has boosted quarterly revenue by 39.4% and quarterly diluted earnings per share (EPS) by 221.4%.

In some ways, Merck has a similar problem to AbbVie in that its biggest seller will be going off-patent in a few years. Merck's blockbuster oncology drug, Keytruda, brought in $4.5 billion in the third quarter, nearly 12.8% of the company's overall revenue. Unlike AbbVie's Humira, however, Keytruda has a lot longer, until 2028, before it loses exclusivity. In the meantime, Merck is examining coformulations and other ways to extend the drug's patent life .

The company also sees much promise for investigational pulmonary arterial hypertension (PAH) drug sotatercept, which Merck inherited by purchasing Acceleron Pharma for $11.5 billion, in a deal it completed in November. Merck said it sees sotatercept, which is still in late-stage trials, as a first-in-class therapy for PAH. It also said it expects as many as 90 new approvals from its pipeline by 2028.

CVS Health's shares have climbed more than 39% over the past year and are down nearly 2% so far this year, with the stock trading near its 52-week high of $107.26. Over the past five years, CVS has grown quarterly revenue by 65.8% and diluted quarterly EPS by 30.4%.

While the company's shares have gotten pricier, they're far from expensive. CVS has the lowest price-to-earnings ratio of the three companies here at 18.58. That's probably because people see the company benefiting greatly from the pandemic but wonder how its revenue numbers can hold up. The company said it gave more than 8 million COVID-19 tests and administered more than 11 million COVID-19 vaccines nationwide just in the third quarter.

The rise of COVID tests and shots has been a boost to CVS. Through nine months, the company reported revenue of $215.5 billion, up 8.2% over 2020. It also reported diluted EPS of $4.98, up 5.5% over the same period in 2020. The company just increased its guidance at the J.P. Morgan Healthcare Conference last week, saying it expected adjusted earnings to be in the range of $8.33 to $8.38 a share, up from the earlier outlook of at least $8 per share.

Looking deeper, it's easy to see it's more than just COVID-related revenue. In the third quarter, the company's retail/LTC segment, which benefited most from the administration of COVID shots and tests, rose 8% year over year, to a reported $72.9 billion over nine months.

Also, the company's healthcare benefits segment (insured and self-insured medical, pharmacy, dental, and behavioral health products and services) reported nine-month revenue of $61.4 billion, up 9% year over year, which the company attributed to a rise in business from government services. Its pharmacy services segment said it had $113.6 billion in revenue through nine months, up by 7% over the same period in 2020.

The best choice for now and down the road

All three healthcare stocks have great long-term potential. In the short term, I see the most growth for CVS, because its revenue from in-store tests and shots should continue to increase, at least for a while. AbbVie, with its huge stable of drugs, is likely the best long-term choice and it has the added bonus of having the most yield on its dividend and the longest track record of dividend increases. Merck is a solid choice, and because Keytruda's patent cliff is farther away than that of AbbVie's Humira, represents less risk, though its high dividend payout is something to watch.

E-commerce has fallen out of favor with some investors but the long-term opportunity is undeniable.
STOCKS・2 DAYS AGO

The pharmaceutical company Pfizer has voluntary recalled a blood pressure medication for the second time in a month. Pfizer is recalling five lots of blood pressure medicine Accupril because of elevated levels of a nitrosamine, Nnitroso-quinapril, the company said in a news release posted Friday on the FDA website. Nitrosamines...
INDUSTRY・29 DAYS AGO
The Motley Fool

The stock for these two world-beaters is trading at a major discount to historical valuations.
STOCKS・2 DAYS AGO

Two of the legendary investor's recent purchases especially stand out.
STOCKS・17 HOURS AGO
The Motley Fool

These three businesses offer multibagger potential and could help fund an early retirement.
STOCKS・1 DAY AGO
The Motley Fool

With the stock market struggling, there are plenty of bargain stocks with huge growth potential.
STOCKS・14 HOURS AGO
The Motley Fool

JPMorgan Chase increased its guidance earlier today and Bank of America's CEO had positive comments about the economy.
STOCKS・1 DAY AGO
The Motley Fool

It offers the powerful combination of growth and dividends.
STOCKS・12 HOURS AGO
The Motley Fool

The Trade Desk continues to execute, and it has appealing growth prospects.
STOCKS・13 HOURS AGO
The Motley Fool

Is the EV king heading for a major correction?
STOCKS・2 DAYS AGO
The Motley Fool

Stocks may be down, but all isn't lost.
STOCKS・2 DAYS AGO